With two days of scheduled racing remaining for the 52 SUPER SERIES at Palma, Mallorca’s showcase 32nd Copa del Rey MAPFRE, Quantum Racing’s lead grew a little more thanks to back to back wins in typical Palma sea breeze conditions.

As a crew Quantum Racing have never won the prestigious Copa del Rey but increasingly it is looking like they are piecing together a winning campaign.

Strategist Jordi Calafat, Olympic gold medallist and America’s Cup winner has only won once – last year with Jochen Schuemann on All4ONE – in more than 25 years of trying.

Tactician Terry Hutchinson’s best successes on the Bay of Palma include consecutive victories in the 2008 Breitling Regatta on the MedCup Circuit then steering the 52 El Desafio to victory in the Copa del Rey in consecutive weeks.

The team, under skipper-helm Ed Baird has now won four races back to back from seven starts, today elevating themselves to be six points clear of Niklas and Catherine Zennström’s Rán Racing which scored a 2,3 for the day.

“We never think about winning individual regattas.” Re-affirmed Quantum Racing’s project manager Ed Reynolds, “We think of the season long championship, but we would love to win Copa del Rey. It is just one of those things you want to win.”

In sea breeze conditions much more in keeping with Palma’s summer reputation, pin sharp starting was the key and the Quantum Racing afterguard were on their game today with two solid openings which allowed them to gain control of the fleet quickly. Azzurra were slow off the line in the first race after they fouled Rán Racing pre-start and could only make a seventh. But the defending 52 SUPER SERIES champions came back nicely in the second race of the day with a closer second place.

Rán Racing’s second and third leaves them ten points clear now of Azzurra whilst the duel for fourth place remains tight, Ergin Imre’s Provezza now hold fourth thanks to pair of excellent fourth places today – only half a point up on Manouch Moshayedi’s Rio.

“We are really happy with two fourth places today. It is like two first places for us.” Smiled Tony Rey, tactician on Provezza.

Meantime Rán Racing contemplate what they have to do to catch Quantum Racing:

“Quantum Racing are slightly faster upwind in these settled conditions. We are slightly faster downwind, but it is very difficult to gain control if you are behind downwind.”  Suggests Andy Hemmings, “ We know our strengths and weaknesses and so I think we maybe need to take our starts to them a little bit more.”

Ed Reynolds (USA), project director Quantum Racing (USA): “When you look at the scorecard it certainly might look like it has been easy but it is in fact some of the tightest racing I have seen. The top three boats, well I think everyone expected them to be us, Azzurra and Rán Racing, but I don’t think we have disappointed anyone. Ed (Baird) has done a fantastic job on the starting line. Both starts today were absolutely what we wanted. The boat is going well. I really cant find anything to fault in their sailing today. Our boat speed was so fast today. We were in positions today that we have worked on and worked on, like running down and being able to hold off Azzurra, staying ahead of Rán Racing in conditions we have not before, was huge for us today. We have worked hard on our sail shapes and I think the dynamic of the crew has just been brilliant. But it is a long regatta.  We never think about individual regattas, we think of the season long championship, but we would love to win Copa del Rey. It is just one of those things you want to win.”

Andy Hemmings (GBR), strategist/trimmer Rán Racing (SWE): “We need to get past Quantum Racing, they are sailing very well. We won the first three races, they won the next four. I think we need to go away and have a little discussion and decide what we need to do and work out a plan. There are four races left so there is still time. We know our strengths and weaknesses and so I think we maybe need to take our starts to them a little bit more. At the moment they are getting really good starts and controlling the fleet more or less from the start. We are not quite there. Everyone knows which way to go, left for obvious reasons. Quantum Racing are slightly faster upwind in these settled conditions. We are slightly faster downwind but it is very difficult to gain control if you are behind downwind.”

Tony Rey (USA) tactician Provezza (TUR): “We are really happy with two fourth places today. It is like two first places for us. We are sailing the boat really well and we had a little bit of good fortune from time to time. Today was a classic Palma day, a battle for the left. The battle was to win the left from the right, we managed to pull that off twice. We had a great little battle with Rán Racing, it was great to be in the race and to be knocking on the door. We are a little bit surprised in some ways, but we are going to try and keep things simple on board.” 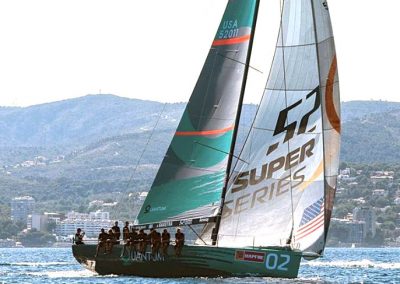 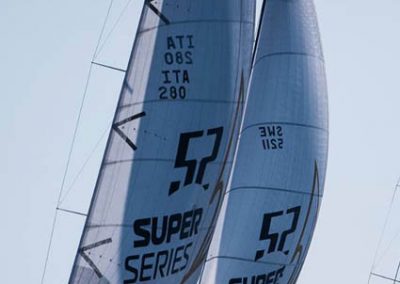 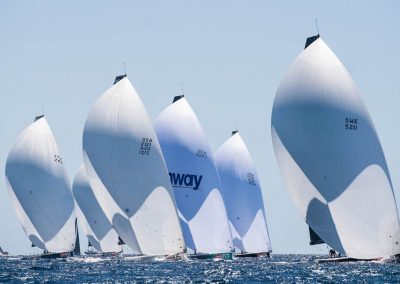 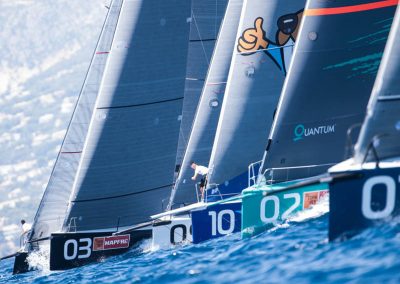 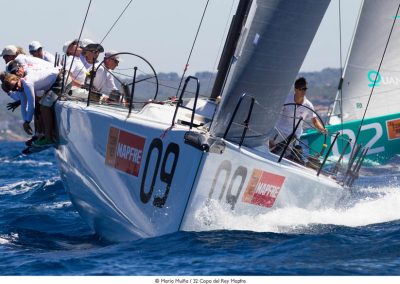 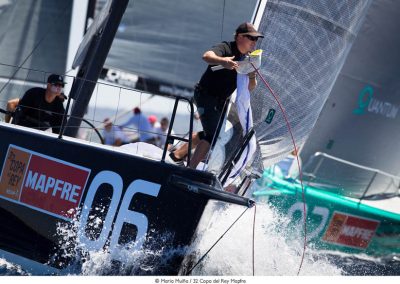 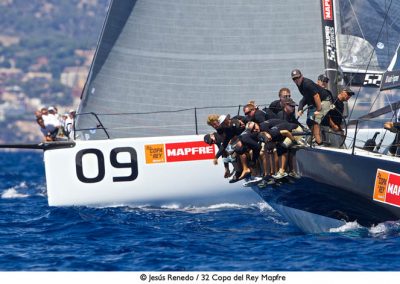