AudiAOne wins the first race of the final day of the Region of Sardinia Trophy regatta, taking advantage of a handling error when leaders Matador blew their kite when leaving the final windward mark with a substantial lead.

Racing in a fulsome 25 knots of Mistral conditions in relatively flat water in the north of the Bay of Cagliari directly off the capital city of Sardinia puts high tension on boat and crew.

But the world champions’ spinnaker snagged on a jib batten during the hoist and exploded, losing four boats to finish fifth just ahead of their rivals Quantum Racing.

For the Cagliari event this means that between 2nd and 6th position is only 3.5 points.

Matador in 1st still has an amazing lead of 12.5 points of their nearest rivals AudiAOne and ETNZ.

Looks like one more race, but it is on the edge, windspeed close to 30 knots.

Wind pipes up and Maria decides the 2010 AUDI MedCup is over.

Matador wins the Cagliari Trophy with an overall splendid display of crewwork, tactics and helming.

Rests us the Grand Final Party tonight and then of to the TP52 World Championship in Valencia.

All Teams and everybody that worked so hard to make the AUDI MedCup the success it is THANK YOU.

Can not wait for the 2011 one, but we need some time to make decisions and get the boats modified or new ones build. 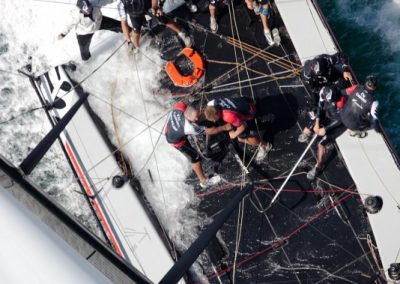 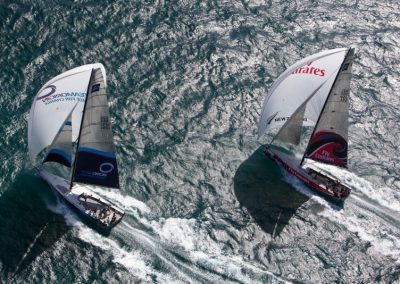 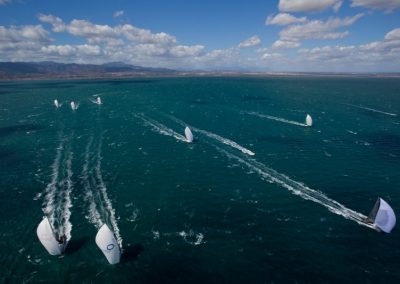 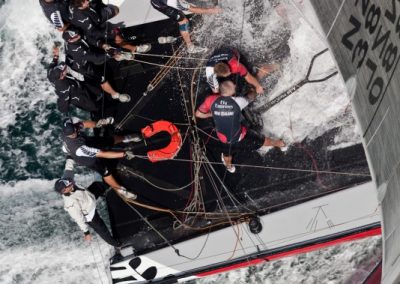 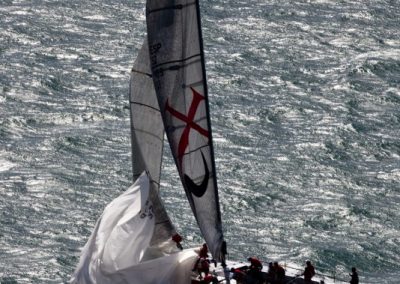 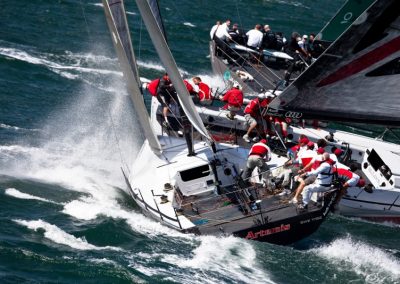 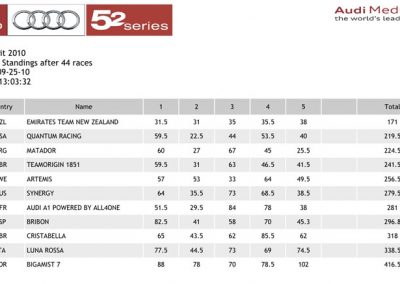