Racing at the Gaastra 52 World Championships off South Beach Miami had to be abandoned today, Thursday, when the light, fickle breezes proved too little to complete a fair race.

Race 5 of the series was started and ran in very light, streaky and shifty conditions. After over an hour and within only 300 metres of the shortened finish line at the second top mark, Tony Langley’s Gladiator was ahead of the pack when the time limit cruelly expired.

Mark Blees’ Gaastra Pro crew with John Cutler (NZ) calling tactics was on course for a second place – which could have been the best of the regatta so far – when the abandon signal was sounded.

A short wait in the warm Miami sunshine followed before it became clear that there was little prospect of an increase in breeze and so the eight boat fleet was sent back to the dock.

Several teams filed for redress in their belief that the leg length was not as it was supposed to be and that there were other procedural anomalies, but the International Jury dismissed the requests.

Quite honestly the leg length is only critical for the time it takes to sail a race as the time limit is based on 15 minutes x the length of the course. But the disappointment of the race leaders is understandable.

Chris Larson (USA) tactician of Gladiator (GBR) outlined their request:
“There were several things. The course distance was longer than it was supposed to be, about a tenth and a half longer than it should have been. There were two ways to read the time limit, as well as other things. It was always going to be two breezes fighting each other. I told the boys we would see a lot of crazy stuff going on today and we had just that. It was tough.”

John Cutler remained objective on the outcome of the redress request:
“It was a light and shifty race which had worked out well for us. We managed to find a few shifts and sail quite a nice race. As we were coming up to what was looking likely to be a good finish for us the time limit expired. Now we have just been in the protest room looking for redress but the Jury has found the facts that the race committee can abandon if they feel the race will not finish within the time limit. That is what the rules say and we will move on.”

Winds are expected to be more favourable Friday, the penultimate day of racing. As it stands championship leaders remain Rán Racing who lead by one point from Azzurra with Quantum Racing in third just one point back.

Some photos of today and yesterday below. 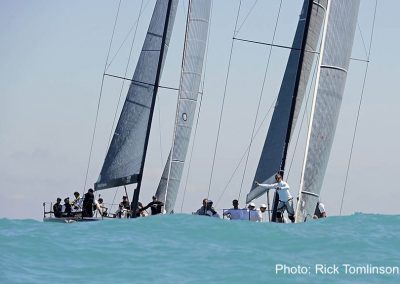 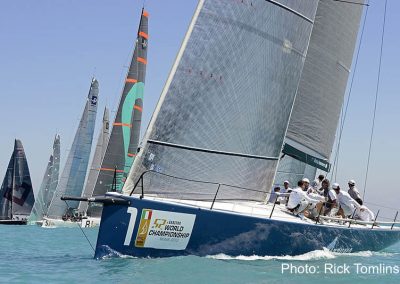 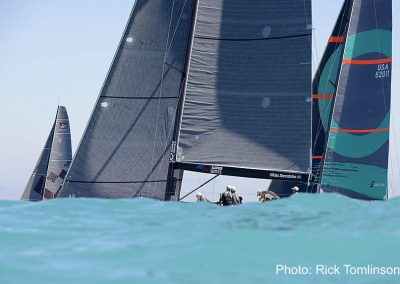 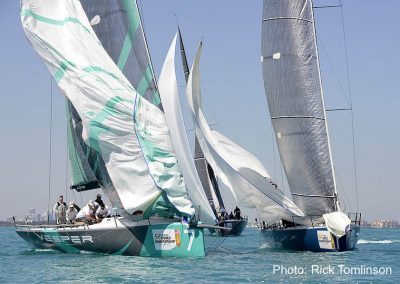 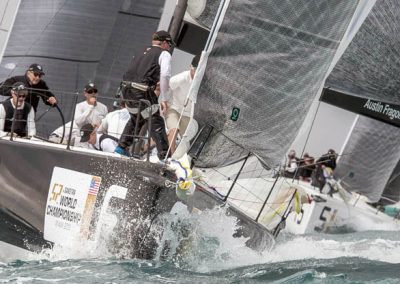 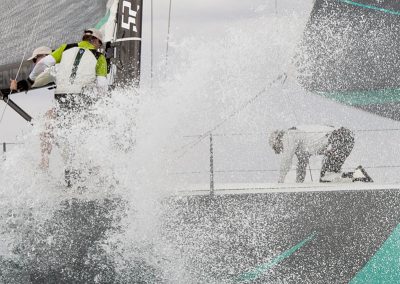 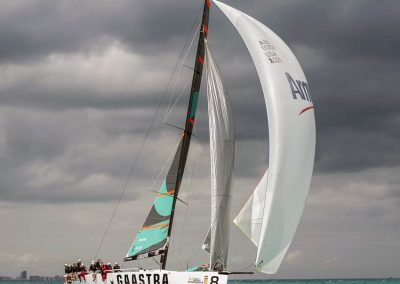 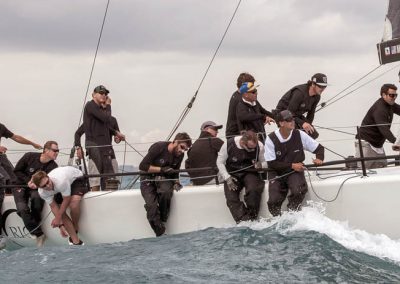 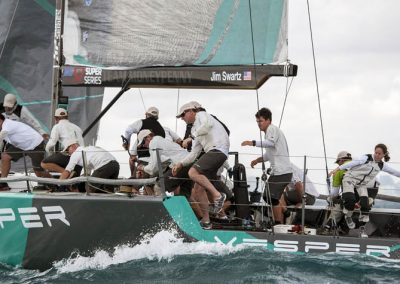 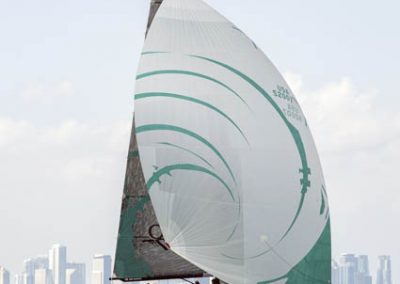 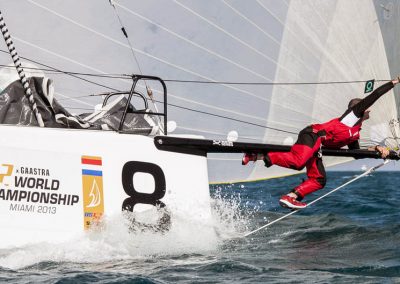 Back
← Rán Over Takes The Fleet Day 4, Three Races Take Rán 4 Points Ahead →