Herbert Ray Reese, one of sailing’s true unsung heroes, passed away on February 15 at the age of 70 in Solomons, MD. For the sport of sailing we all love, his immense contribution cannot be understated.

Herb was a self-taught engineer who could move any weight, step any mast, install any dock, and solve the most difficult logistical problems with a small shrug of his shoulders and his genuine smile. He could be found at almost any regatta where the big boats sailed.

He worked numerous St. Barth’s and Newport Buckets along with events for the Maxi 72 and TP52 classes. He was the regatta support crew that arrived first and left last because it was his job to launch boats, get them ready to sail, and then retrieve them all safely.

Anyone who spent time at Key West Race Week during the past 20 odd years knew and respected Herb. He always managed the Truman Annex site where he ran wire, placed 1000 feet of hoses, built fences, installed generators, collected fees, and managed the cranes.

It was magical to watch a bare field turned into a working boat yard in less than two weeks. He never lost his cool, treated every boat owner with respect, and simply got the job down. All in all, it was amazing watching him pondering the most difficult problems and finding the simplest solutions.

Herb also dedicated significant amounts of time to local regattas on his home waters of the Chesapeake Bay. He was an integral part of the Screwpile Lighthouse Challenge, again working behind the scenes to ensure all race committee boats, race management gear, and personnel were properly arranged for each regatta over the last 25 years. He helped run numerous high school regattas and was always excited to see the young sailors rising in the sport.

He was not a complicated individual, spending many nights living on his boat in Solomons, listening to football or baseball games on the radio while enjoying a rum drink with friends from A dock at Zahnizer’s Marina. He was an active member for many years in Southern Maryland Sailing Association and at Solomon’s Island Yacht Club.

His favorite place other than Solomons was Key West; he absolutely loved the Cuban coffee and the lifestyle of Key West. He was respected by everyone that worked with him and his passing will bring tears to the eyes of many. He befriended Jimmy Buffet in the early days of Key West whose lyric “A legend never dies” fits Herb very well.

Our friend Herb leaves, two sons – Herbert Jr and Terry – and four grandchildren – Tony, Rachel, Jake and Aubrey – who all will miss him greatly. The sport of sailing has lost a great contributor; not many gave as much and expected so little in return. Fair winds and follow seas to our great friend Herb. – Bill Canfield

Just like to add to Bill’s words that Herb has been instrumental in realising the TP52 Class and 52 Super Series events in Key West and Miami. Herb was the key to any door that needed opening to get things done. A hands-on guy, on the job in person, his notebook never far away. First to arrive, last to leave. Ever since the TP52 Worlds in Lanzarote (2008), where he was part of Peter Craig’s race committee team, the TP52 had a special place in his heart and we kept regular contact over the years updating each other on where sailing would bring us. Proud US citizen, every morning he made sure the US flag was properly up in the event flagpost and would come down with the sun and then be folded with care. Farewell Herb. – Rob Weiland 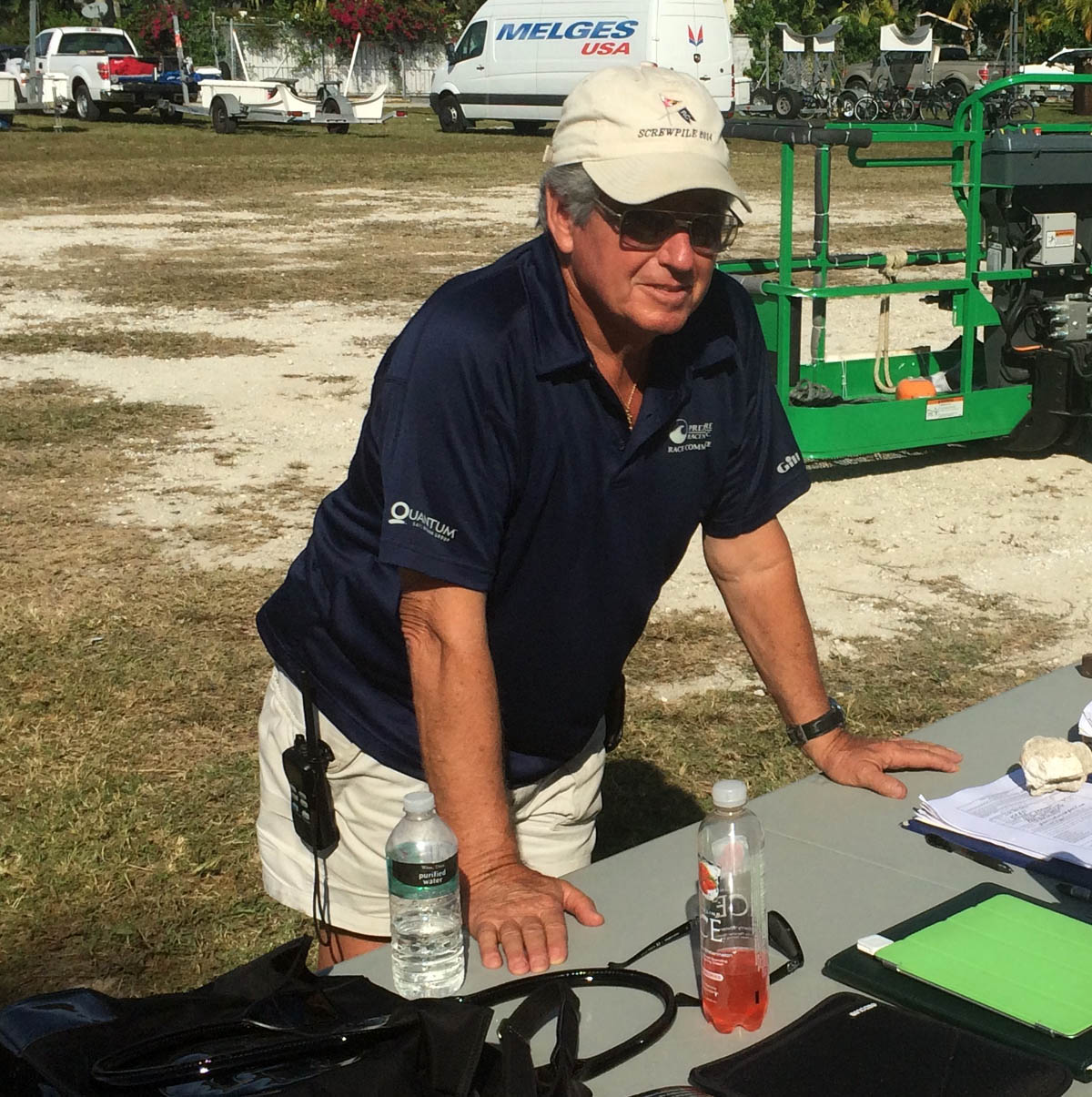