​Quantum Racing may have won the 2018 52 SUPER SERIES championship title, but unsailable light winds on the last day of the 52 SUPER SERIES Valencia Sailing Week denied them the chance to pitch for their fourth regatta win of the season. Luna Rossa, the Italian America’s Cup challengers of record, lift the Valencia regatta title, which they add to the Zadar Royal Cup, which they won in Croatia in June.

And there was no deciding race to unlock the tie for second place on the 52 SUPER SERIES circuit podium for 2018. Harm Müller-Spreer’s Platoon and the Roemmers family’s Azzurra finish on exactly the same points aggregate after the 42 races and five regattas of this season. But the German-flagged team, which draws on an afterguard comprising John Kostecki and Jordi Calafat, both winners of successive America’s Cups on these waters, are credited with second on tie break. The deciding factor being which team finishes in front of the other in the last regatta of the season.

In truth, the Quantum Racing win – by 37 points – was born one year ago to the day. In Menorca they were bitterly disappointed to finish third after leaving too many points on the water at different regattas.  “That hurt. It really did,” recalled Quantum Racing’s unflappable veteran director Ed Reynolds today after the champagne was sprayed at the dock in the Marina de Valencia, which formerly housed the 11 America’s Cup teams of the 32nd America’s Cup.

Terry Hutchinson, the uncompromising, hard-bitten Quantum Racing tactician and skipper smiled, the relief palpable: “This is the day we have been waiting for, for a year. We made it tough on ourselves last season, we sat down and everybody committed to making this season better.”

Quantum Racing won in Sibenik and Valencia, and landed the Rolex TP52 World Championship in a windy Cascais with Dean Barker driving, but Hutchinson confirmed his highlight of the season was winning the Puerto Portals regatta with talismanic owner-driver Doug DeVos on the tiller. DeVos could not be in Valencia as planned after the recent passing of his father, Rich.

“The highlight of the season was winning in Portals with Doug, without a question. He is Doug. He is our guy. Understanding what has gone on with him the past month and the passing of his father, we can’t help but feel he is here with us this time. Doug is one of these guys who is so committed to the sport of sailing. To win that regatta with him steering, there is no better feeling than that this season. I can’t say enough good things about him.”

For Luna Rossa, their second regatta title of the season comes after an incredible recovery in what proved to the be final race of the event, yesterday climbing from 11th to second to win the Valencia title by just one point. Underlining again how close the fleet is, Luna Rossa won by just one point from Quantum Racing with Platoon in third, one more point further back.

“We are so happy to win here,” Vasco Vascotto, the Luna Rossa tactician said, “I feel like we lost a lot on the last day in Portals, 17 or 18 points on one day. We tried to have the opportunity to fight for the podium and we said to the team ‘let us go to try and win the last event and see what happens. We have done that, but unfortunately the podium is still some points away from us. But I think we are proud to have won two regattas from five. We have some very young guys on board. It is a great opportunity for us to learn how to sail together, how to pass the bad days together to be relaxed and enjoy it when we have the good days. I am very positive about our future. We know we lost some points on the courses, but that is life. It is sport. But the great thing is this circuit is the best in the world.”

Harm Müller-Spreer, the German owner-helm wins the owner-driver prize for the regatta and for the season, finishing runners up for the year as he and his Platoon team did in 2017 behind Azzurra. He said: “I think the competition was even harder than last year. It is a similar situation to last year, with us squeezed in between Quantum Racing and Azzurra in second. I am so happy with that result to be in among these top professional sailors, I am still a ‘normal’ sailor. We have sailed now for four years together and we made some small adjustments this season.”

James Lyne (USA/GBR) coach Quantum Racing (USA): “The biggest weaknesses for us was that our boat was one of the latest boats built, so we started off with less time on the water than everybody else coming into Palma Vela and Croatia. But that sort of concentrated us a bit more, gave us a bit more focus on how we had to improve. So I suppose that’s where we kept our pace of improvement throughout the year.”

Is the win percentage based on the boat/sails package or sailing team?

“It’s a combination, as always. Brendan and the guys built us a great boat in as short a space of time as you can, so they did an amazing job of getting us on the water, and the boat’s fast. Brett Jones and Quantum did an awesome job of getting us sails, but then the sailors developed those. And it’s a great sailing team, there’s no doubt that everybody is world class, they prove it week in and week out. So I guess it’s equal, 50/50.”

Santi Lange (ARG) Azzurra (ARG/ITA): “You always want to do better, but I am happy because we improve regatta by regatta. In Croatia we made big mistakes, and then afterwards we started sailing better. I always analyse my results by how good we sail and how well we improve and I think we should be happy with that.”

Will you be back next year? 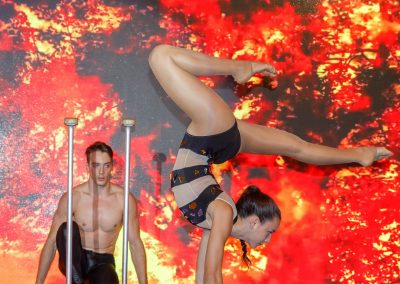 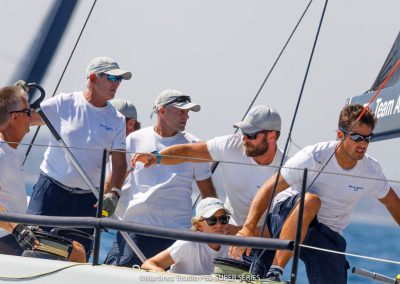 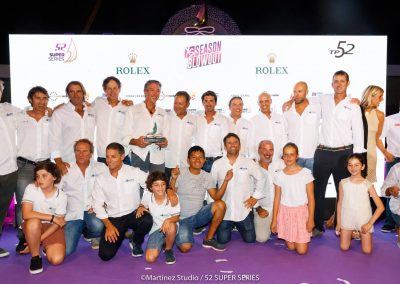 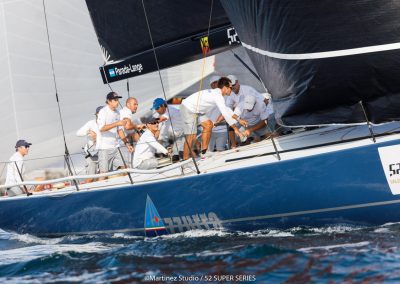 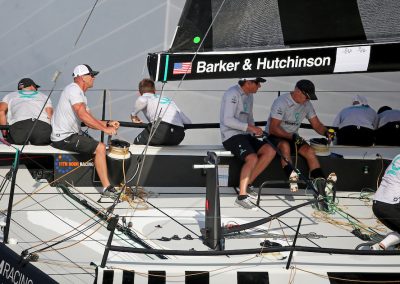 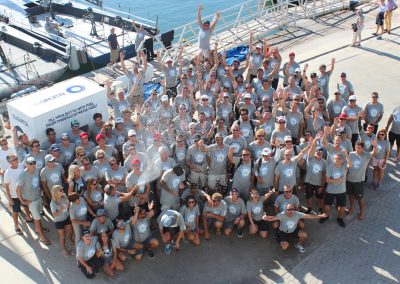 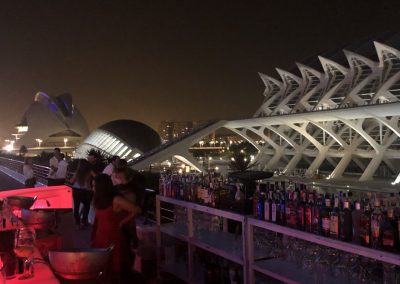 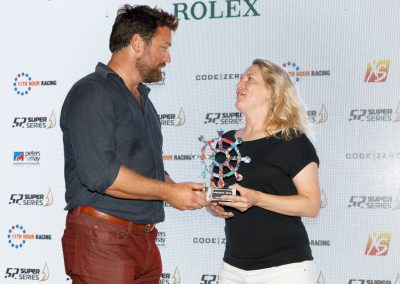 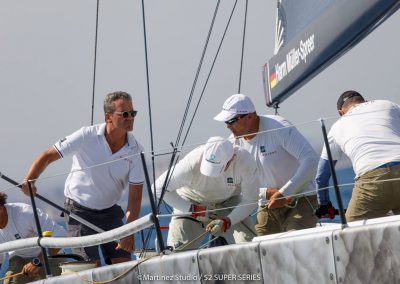 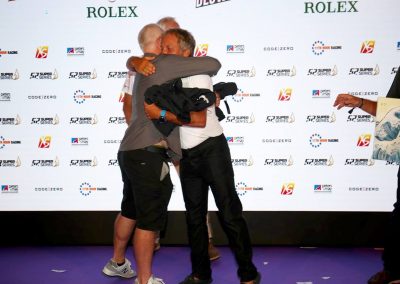 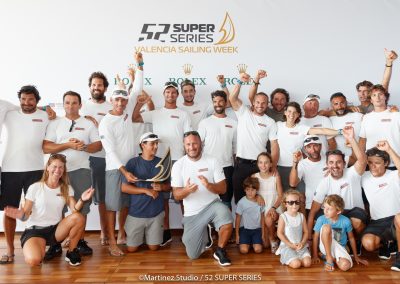 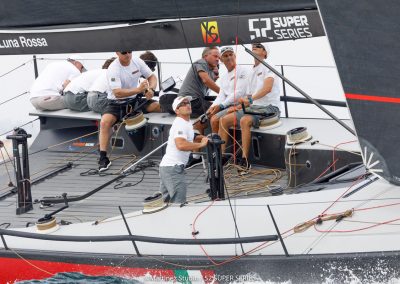 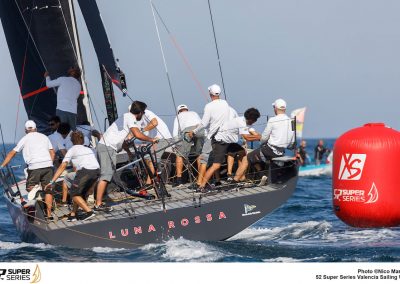 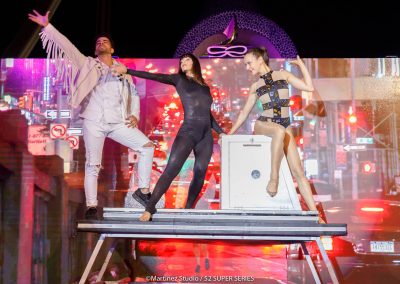 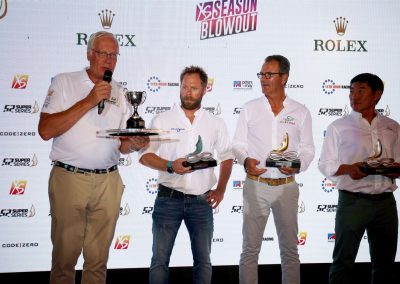 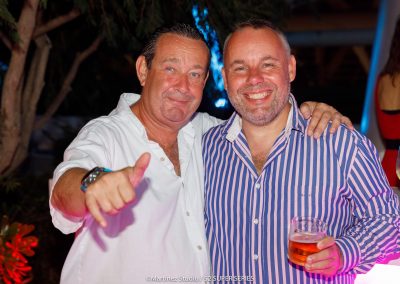 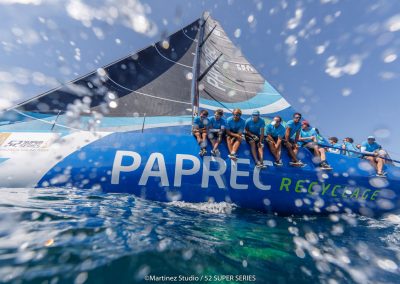 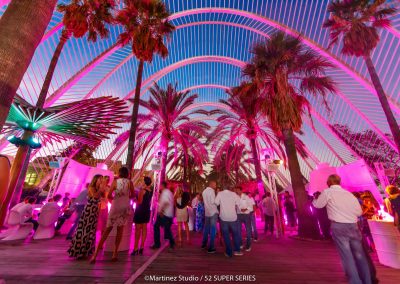 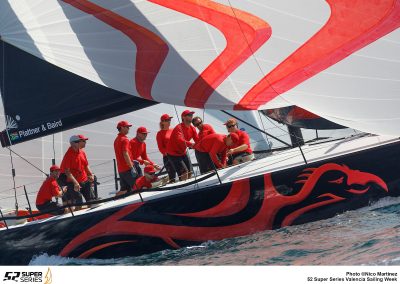 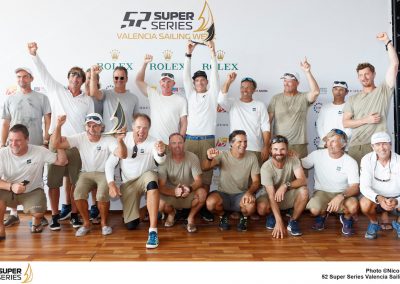 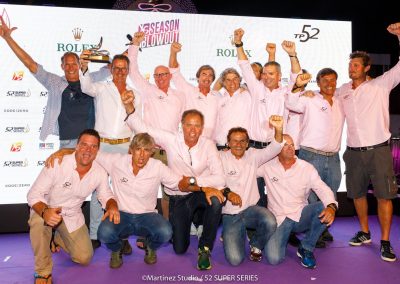 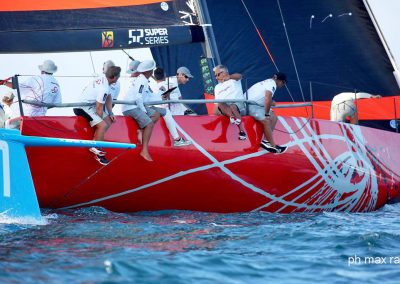 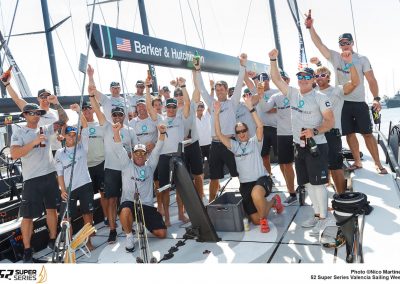 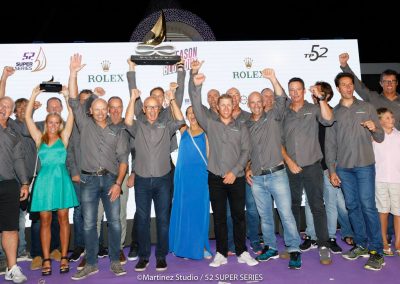 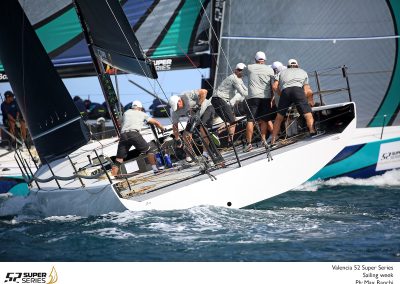 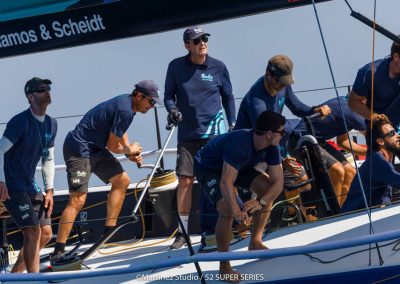 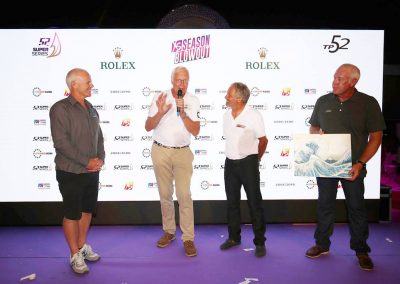 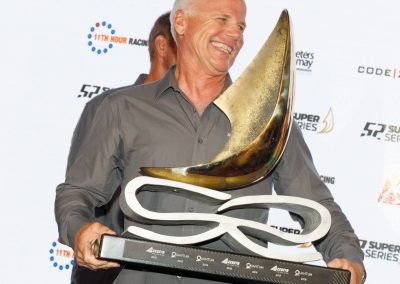 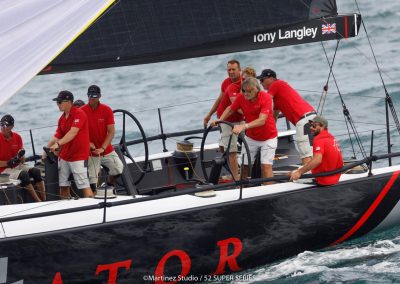 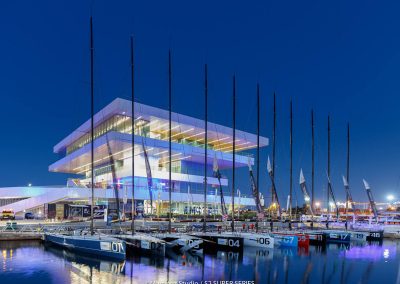