Winning the final race in Barcelona Quantum Racing, skippered by Ed Baird with Terry Hutchinson as tactician, contributed all that they could to lifting the Conde de Godo Trophy regatta for the second year in a row, but with long time event leaders Azzurra slumping to a dramatic seventh place at the same time, the American team did have a little unexpected assistance from their main rivals.

Azzurra went into Sunday’s only race with a lead of two points on Quantum Racing and four on Niklas Zennström’s Rán Racing, but the defending 2012 52 SUPER SERIES champions Azzurra had only a modest first beat and then were penalised for fouling Interlodge at the spreader mark spinnaker hoist.

Required to take a penalty turn Azzurra’s hopes of winning the regatta evaporated at that point. There was no coming back for them as Quantum Racing were already half a mile down the first run, sailing securely and confidently to take the winning gun and with it the Conde de Godo Trophy and draw first blood on the 2013 52 SUPER SERIES.

Rán Racing’s second place, with Azzurra seventh gives Zennström’s world champions crew second overall in Barcelona, the city where they won their first 52 regatta as a team in 2011.

If several of the earlier races had seen Quantum Racing forced to climb through the fleet, this time there were more obvious shades of the 2008 and 2011 champions at their best. They started well but one subtle, small right hand wind shift, minutes after the start was fundamental to them getting the jump on the fleet, making a key gain on Rán Racing, which allowed them to lead around the first windward turn.

Although they had a lacklustre first beat, Azzurra were still contenders at the top of the first leg, but as they tried to break away from the tail of the pack they were not clear enough of Interlodge and the resulting penalty compounded their initial problems.

It was a dramatic conclusion to a regatta which Azzurra had dominated at times, winning three races of the eight sailed, along with two thirds and a second place. But in the end the recoveries which Quantum Racing staged with their potent mix of fighting spirit, focus and sheer talent, proved their value.

“ I look at a couple of races that we had pretty good comebacks from the top marks and  those are the races that are the deciding factors.” Stated Quantum Racing’s Terry Hutchinson, “The races when you lead at the top mark  you need to win. Azzzurra fortunately could not get back through the fleet this time.”

These things happen.” Responded Simon Fry, Azzurra’s trimmer. “ It’s a bad day.  You park it. You maybe draw on it in the future if you need to but we know we are fast. We sailed pretty well for three and a half days but unfortunately we let ourselves down in one race, but we’ll be back. We’ll be alright in Ibiza.”

Tony Langley’s crew of Gladiator nailed one final third to their aggregate to finish fourth overall, the British owner especially pleased with their race win in Friday’s 25kts plus breeze.

Barcelona delivered a potent mix of breezes including two memorable days when the early season winds were consistently over 20kts, complemented nicely by Sunday’s 11-15kts showdown. Winners last year against Azzurra only tie-break, Quantum Racing’s head to the 52 SUPER SERIES second regatta of four with a series lead of three points, while the 2012 champions Azzurra are third, four points behind.

Terry Hutchinson (USA), tactician Quantum Racing (USA): “ I look at a couple of races that we had pretty good comebacks from the top marks, those are the races that are the deciding factors. The races when you lead at the top, you need to win. Azzzurra fortunately could not get back through the fleet. Ed (Baird) and Warwick (Fleury) and the guys did great work all day sailing the boat. I kind of gave Ed some bad information about a minute prior to the start which got him in a tough spot but he did a really good job holding a lane off the start. You occasionally have regattas when things align, but I think we are sailing really well, the boat is really fast, the sails are really nice there is a lot or really good positives out of it.”

Ed Reynolds (USA) project manager Quantum Racing (USA): “ The guys executed everything they wanted to. They got the start they wanted to, Terry saw something and they took a hitch up to get it and that was the race. From that position they hooked into what they had seen and that was it. This event to come back and win at the start of the European circuit, this is a big, big win for us. This is a big operation though, we are a team of 25 people and not all of them are on the boat, nobody is thought of as any less important than another. The shore team is spectacular every day they put the boat out for the team in condition to win in, and so this is 100% theirs as much as anybody’s.”

Niklas Zennström (SWE), owner-driver Rán Racing (SWE):  “We have had a ups and downs all regatta, and I think most boats did, before today we were third with Quantum and Azzurra just ahead of us so to finish in second we are quite happy. Obviously we are here to win the regatta, but given where we were this morning I am happy with second.”

Simon Fry (GBR) trimmer Azzurra (ITA): “Obviously we are very disappointed, we had a half decent start, we managed to tack on Quantum after about two and a half minutes, we then got bounced around a bit, didn’t  have the lane we wanted on the first beat, it wasn’t disastrous we were going to round probably fourth, and we could just chip away metre by metre but unfortunately we fouled Interlodge at the spreader mark,  we are still seeking interpretation on the rule on that but that really put us on the back foot, we did a penalty and got back into it at the leeward mark but on the second beat everything went against us. These things happen! Its a bad day, you park it, you draw on it, we know we are fast, we sailed pretty well for three and a half days but unfortunately we let ourselves down in one race, but we’ll be back. We’ll be alright in Ibiza.”

Chris Larson (USA) tactician Gladiator (GBR): “ I think the boat felt really good. We were three points behind Interlodge going in to the day and ended up fourth. After a disastrous first day when I tried to drag the boat around the course, we sailed really well and we were round the top weather mark in the top three in the last three days so it was really good today, we just need to hang in there and keep fighting. We can get better we  need to get off the line and execute the strategy for the first half of the beat and if we can hold the same tack for 50 per cent of the beat and go the way we want and if it all works out we stand a chance of being at the front of the pack.”

Austin Fragomen (USA) owner-driver Interlodge (USA): “We loved the racing, tough competition. We were fine with how we did considering how little we have raced up against these top teams. We raced against them in the USA and we were delighted to be in the races there, to be able to compete and so we are looking forwards to Ibiza.”

Johnny Goldsberry (USA) Rio (USA):  “Finishing up with a fourth place is good for us. We started off with a shaky start, had to tack away but got a couple of good shifts. Dee Smith has been great all week, keeping us in the right spot, so I think all in all good to finish with a good result is good for the team.  In Miami we finished with a second. We could use more practise but we are getting there.“

Nick Rogers (GBR) helm Provezza (TUR): “ We had good and bad days racing. We had a really bad day yesterday ripping three  spinnakers. Thats a real downer but other than that we have learned a lot as a team, we just need to work really hard on our 20+ knot sailing but we had some good racing. Our aim is to take some good results from every regatta.” 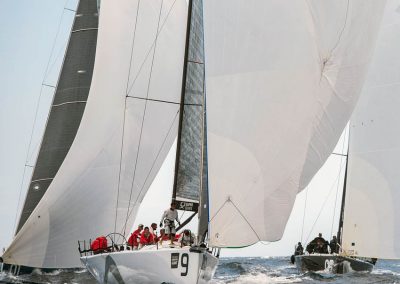 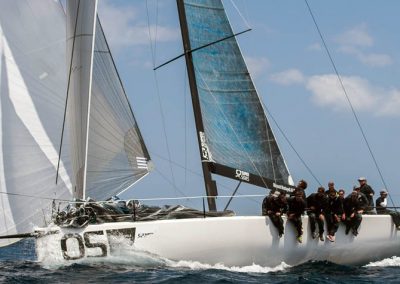 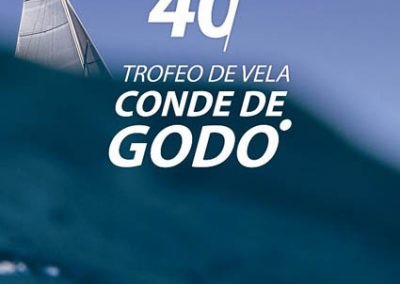