First of the competitive ’52ft’ fleet into Hobart was Jason Van Der Slot and John Williams’ Farr-designed TP52 Calm, formerly Stuart Robinson’s first Stay Calm TP52. After a good start Van Der Slot said they also had a rigging issue with their D1, which caused them to go slow for around six hours.

“From there we pumped the boat pretty hard and we managed to get in front of Ragamuffin and Jazz up the river,” said Van Der Slot.

Robert Date’s Reichel Pugh 52 Scarlet Runner did well until they lost all their instruments on the first night (later discovered to be a short in the mast displays). “So we had to sail like blokes used to do about 50 years ago! Dead reckoning and a sextant. So unfortunately we lost about 15-20 miles on our competitors and that’s where we finished I think. That put us into a different wind pattern. It was unfortunate, but that’s what happens.”

They too suffered rigging damage, nearly losing one of the lower Ds when its pin came out. “One of the crew managed to spot it and we grabbed it and changed on to the opposite tack and put that all back together. If we hadn’t spotted that in time, we would have lost the mast. We were a bit lucky in that area.”

Date said that on the first night they saw winds in the high 30s and he admits it was rough. “It was wind against current and standing waves and a lot of bashing with the boat.” Off Tasmania they never lost wind, which Date attributed to his navigator: “We have got a very good navigator on board. Jess Sweeney was finding our way through holes. She talked to us about having a little spot where we had some breeze. It’s beyond me all that stuff but she’s very good at it.”

While there are still some vague prospects for potential handicaps winners, it seems most likely that Stephen Ainsworth’s Loki will win the title, with Micheal Hiatt’s Living Doll 2nd and Syd Fisher’s Ragamuffin 3rd. Four TP52s with the first 12 in the overall score. Freefire retired due to mainsail damage. 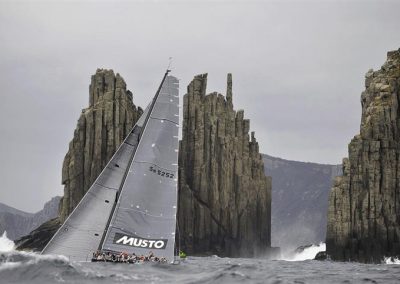 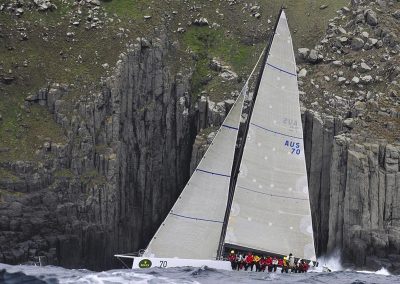 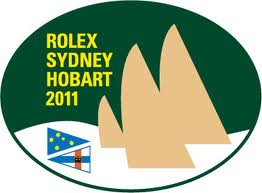 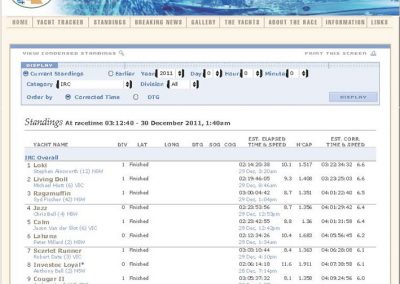