Beijing gold medallists Iain Percy and Andrew Simpson have scooped the World title after a thrilling final race climax to the Star World Championship Regatta held in Rio de Janeiro, which came to an end today. This is Percy’s second World Championship win, after he claimed the title with Steve Mitchell in 2002.

TEAMORIGIN READY FOR AN ACTION PACKED 2010

TEAMORIGIN, the British America’s Cup Team launched in January 2007 by Sir Keith Mills, issued an update today on its planned focus and activities for 2010 – a year they are referring to as their ‘training year for the America’s Cup’.

The sailing programme is intense and covers more than 200 days on the water across three aspects of racing:
·         WSTA/Louis Vuitton events in America’s Cup class boats
·         TP52/AudiMedCup series
·         WMRT Match Race events
Each sailing programme has been selected for slightly different reasons – contributing in different ways to teamwork, performance, skill development, design and technology testing, operational and logistics planning – but, when combined together, the programme gives the team a long awaiting focus and allows them to spend serious time on the water training and racing – in a year where they hope to see some clarity on the future of the America’s Cup.

Mike Sanderson commented “Since our launch in January 2007, it has been a frustrating time as we have not been able to put together a robust sailing programme that would allow us to train properly in a way that matches existing AC teams that have been up and running for much longer than us. We have competed as a team in only two significant events (LV Pacific series and LV Regatta Nice) and for sure the lack of training has affected our results. We aim to address that this year so we are in the best possible shape for the 34th America’s Cup.”

TEAMORIGIN decided to build a new TP52 for the 2010 season and engaged with Juan Kouyoumdjian and his design team as the Principal Designer of the boat. Juan and his team have worked closely with the TEAMORIGIN sailing team in developing the new boat and the process they followed has reflected closely that of an AC design process for the purposes of training and testing. The boat is currently being built at Salthouse Boatbuilders in Auckland, New Zealand, and the team is very pleased with the progress to date. The boat will be shipped to Europe in March ready for the first TP52 Audi Med Cup event in May 2010.

Juan K added his thoughts on this TP52 project, “It has been a hectic and tight programme – the decision to build a new boat was made early on by the team but we had to wait for the TP52 Class to finalise some rule changes and therefore that made it quite a pressurised situation. We were able to start work on some areas ahead of schedule based on some ‘intelligent assumptions’ but only finalized the design details after we had the class rules in full.“

He went on to add, “It is a new class for us to design and therefore we were playing the game of catching up and understanding as well as coming up with our own set of solutions, a process of discovery and response, which has presented its challenges but has been a really enlightening process too. We worked incredibly closely with the sailing team and we are all very much looking forward to seeing the end result of the new boat. In summary I think we all feel we have a lot to gain and little to lose in this process.” 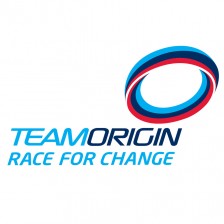