Mirroring their results in the recent MHYC Short Ocean Racing Championship, Wood came from behind in the eight race series to sail the final two days error free.

“It’s becoming a habit,” Wood laughed cheekily, referring to the fact they have once again relegated Fischer and his crew to bridesmaid status.

“It was very tactical racing today, which adds to the spice when the results are as close as this,” said Wood this afternoon.

“Today was a re-run of yesterday,” he added, referring to their double win yesterday following a crew pep talk the night before when Wood took the opportunity to “breathe some fire” given the number of operator errors on the race track up to that point.

With a second and a third to close the series, it wasn’t the perfect finish for Wood but it was enough to deliver him the regatta silverware.

“Boat on boat we felt we were fast (against Ragamuffin). We think we’ve got the boat speed, now it’s a matter of putting the boat on the right part of the (Rolex Sydney Hobart) course and the crew staying awake,” added Wood.

Wood is rubbing his hands looking ahead to the forecast for Australia’s premier ocean race, which starts next Friday at 1pm from Sydney Harbour.

“Hard running is good for us, we get up on the plane a lot earlier than the other boats,” Wood added. 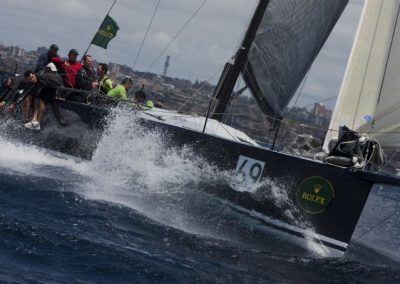 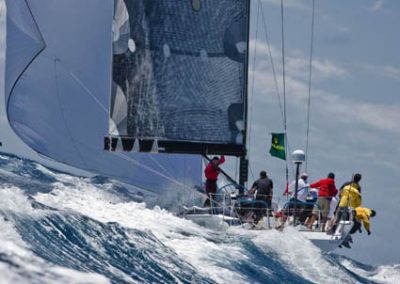