A 565nm, Category 1 Offshore Race from Hong Kong, China to Subic Bay in the Philippines.

On 7th April 1962, three yachts from RHKYC, one from Manila and one from Japan crossed the line at 3pm at the start of the first China Sea Race. The yachts were escorted over the first 100 miles of their 600 mile journey by two minesweepers of the Hong Kong Royal Naval Reserve.

The finish was off Corregidor Island crossing a line formed by vessel of the Philippines Navy, to be met by members of the Manila Yacht Club who had co-operated most generously with the Royal Hong Kong Yacht Club in all the arrangements. Due to no radios being on board the yachts, Hector Ross on Reverie crossed the finish line after six days’ racing to find out that they were in first place.

The China Sea Race was subsequently held every two years. In 1964 it attracted 12 entries and in 1966, 13, including the famous ketch Stormvogel. With each successive race, the event grew bigger. In 1968, it was included for the first time in the newly organised World Ocean Racing Championships to be held over a three year period and in 1972 it was officially recognised by the Royal Ocean Racing Club.

Since then it has continued to attract increased interest and served to draw the attention of the international yachting fraternity to Hong Kong and Southeast Asia, although the number of foreign entries is invariably limited by the expense of transporting craft to the territory.

Another great initiative by the Royal Hong Kong Yacht Club is the Hong Kong To Vietnam Race.

Chairman of the Race Committee for this one is Geoff Hill, the owner of Strewth.

A downwind ride (is that a promise?) to the historic Nha Trang Bay in Vietnam.

Geoff is trying to get interest from TP52’s from Australia and indeed any other part of the World for this race.

If he manages to bring enough of them to the startline a seperate TP52 Trophy (based on IRC handicap) will be awarded.

Go East is the credo here. I realise for some this might be Go West, or even go North…

Asia is, admittedly amongst many other things, rapidly seeing the interest in yacht racing spread. 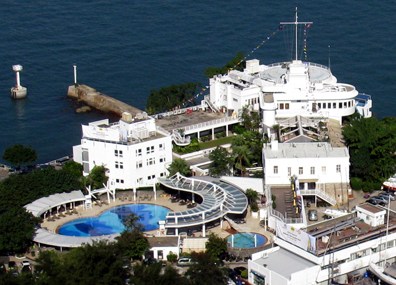 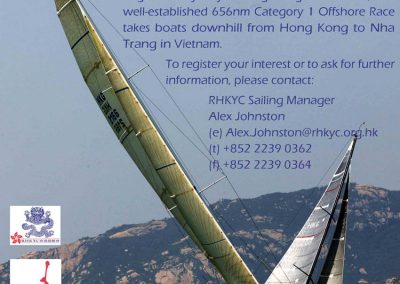