Who Will Flank The Kiwis On The Podium?

Three different boats won races on this penultimate day of the Audi MedCup Circuit season’s TP52 Series but it is Emirates Team New Zealand who look set to extend their unprecedented record, setting up to win four of this season’s five regattas.

While conditions were not as tough as Thursday’s, the breezes in each successive race proved different, hard to read, and a over the three contests a comprehensive test for tacticians and crews in both TP52 and GP 42 Series. Consistency across the three heats was keynote and it was Emirates Team New Zealand whose 3,2,1 proved telling as they stretched 9 points clear of Portugal’s Bigamist 7.

If concerns exist that the razor sharp Kiwi team have set the bar high this season consider the Portuguese crew. Under Olympic Star helm Afonso Domingos (POR), the team which comprise 40% amateurs with a well prepared 2008 Judel/Vrolijk boat, bought through the winter, are seriously challenging the 2007 MedCup Champions for third overall on the series, lie second overall at this regatta and are gunning hard into the final day to better their three fourth place finishes in Marseille, Cagliari and Portimao.

The New Zealand crew may be past the finishing post in terms of the Circuit title, but the tussle for second and third will go to the wire.
Only eight points now separate Quantum Racing (USA), current tenants of second place from fifth placed Matador (ARG) whose painful slide down the series rankings this regatta could not be checked today, particularly with their eighth in the third race when they twisted their gennaker around the keel.

Quantum Racing won the first race of the day ahead of ETNZ. A crisp start from Terry Hutchinson (USA) and the afterguard of the reigning champions laid the foundation in the 11-14 knots of breeze.

In the second race there was a pronounced split in the breeze, especially where it was influenced by the high, rocky promontory near the top of the windward leg. This time there were some major gains and losses to be made. Emirates Team New Zealand had lead to the leeward gate with Bríbon giving chase. Both tracked left into the building breeze after the gate, but Matador, Bigamist and Artemis (SWE) struck it rich on the right and crossed the leaders on the top third of the beat. As the wind flicked back at the windward mark Bigamist were able to slip inside Matador and Artemis, as the pair, who were both all but stalled by the sudden change. While Bigamist took the winning gun, Emirates Team New Zealand gained four places on the run and surged to finish just four seconds behind.

The Kiwi machine was at full revs in the final race when the wind piped up to 22 knots and the seas kicked up again. While Bríbon hung tight and took a good second, there were problems among the fleet. Cristabella lost the top metre and a half of the mast. A replacement rig is being lined up, so that the class president will not miss the TP52 World Championship 2nd week of October in Palma. 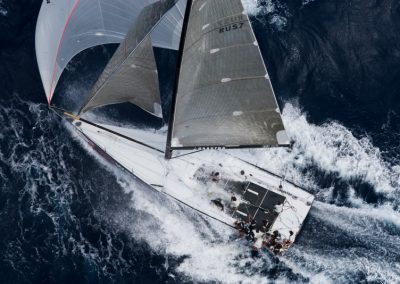 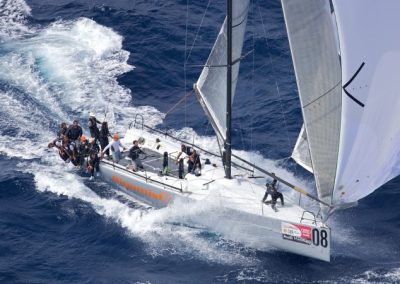 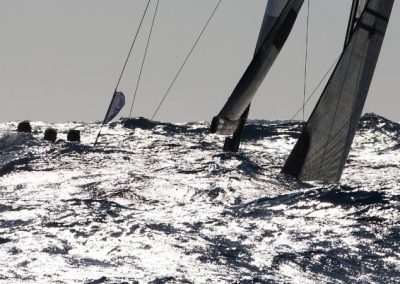 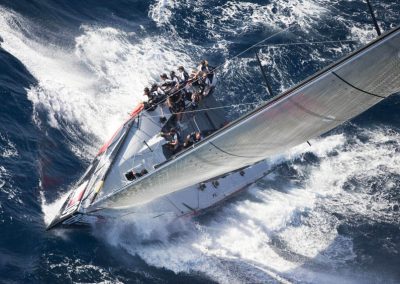 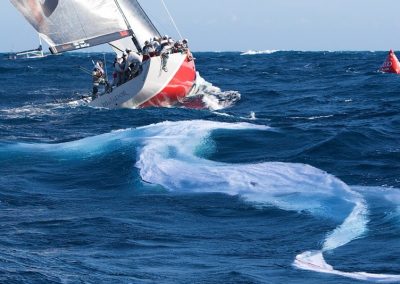 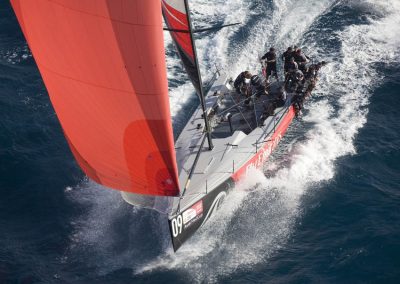 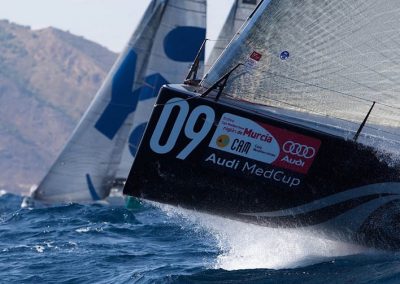 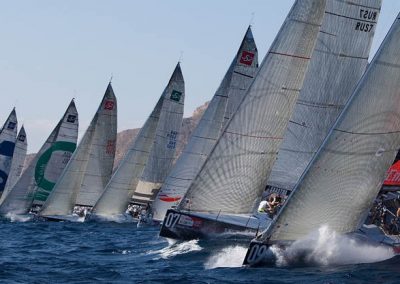