And Then A Really Good Day For Most

After two races it is obvious how important a good start is in this company of very even boats. It is also clear that Quantum has not forgotten how to do that.

But it is not going to be a walk in the park for them this year is the expectation.  Matador, Marazzi, ETNZ are in there too with massive talent, plus most if not all others showing no real speed problems and have a at least one good score to proof that. Bribon and Pisco will have to get of the line better to get out of the bottom of the results.

Race 3 had ETNZ leading from start to close to the finish, but Synergy just snapped victory helped by a shift on the final run. Matador scored their days worst result, 8. Quantum back where they left it last year, on top. Marazzi showing great promise as a team, good job. Pisco slowly improving, excellent speed. Bribon will not call this a “real good day”. Simply an off day. Valars can do better.

Terry Hutchinson (USA), skipper-helm Quantum Racing (USA):
“The guys at the back of the boat did a really good job sniffing out all the wind shifts. That first race in particular we started where we wanted to but not necessarily with the fleet balancing as we expected, we were the leeward-most boat but Mark and Morgan were really, really strong on the left hand side. We had a nice little left hand shift and extended away from there.”

“The other races: the second race we got fouled at the start of the second race but still managed to get away. There was no space but we let them in so there was not collisions with other boats. But the positive from that was that we got the start we wanted. We would have been a lot faster had that not happened.”

“ The third race we hit four or five waves in the middle of the course and were slow but did nice work to get up to fourth.”

“ Morgan, Mark and Robert did a really good job in keeping an open mind. Really good communication about the phases of the wind, and the guys racing the boat did nice work with the boat handling.”

Ray Davies (NZL), tactician Emirates Team New Zealand:
“ It was an interesting day. The right hand side ended up being very strong in the first couple of races and then in the third it started trending back towards the left a little beat, but there were some big gains down the run, mainly to gybe early. There was nearly always more pressure to the right looking upwind. And the guys that could gybe early and sail their own mode were launched. We had a little tussle with the Spanish and lost three boats towards the finish in the second race, which was a little bit of a disappointment.”

“ All in all we had a pretty good day. We can definitely sail better as a crew and so we are pretty happy to be just three points off the lead. It is never nice losing a boat on the finish line but we had to protect on the two boats behind, you cant cover everyone and the Russians were sailing really well having a second and a first.

We feel like we go well downwind when the breeze is up a little bit. Upwind our speed is fine. The boat has great potential and we are still learning. It is a very different boat to what we are used to. You need to stay much more on top of it, trim a little bit more than previous boats we have sailed in this class, and so we have to be more on our game.”

Guillermo Parada (ARG), skipper-helm Matador (ARG):
“We sailed badly in the third race. I made a bad start and we just did not take advantage of the opportunities that we got to be able to climb the fleet when we could. This fleet you just cannot afford mistakes. We are not happy with our performance but there is a lot of racing left in this regatta and we expect to be able to win races. 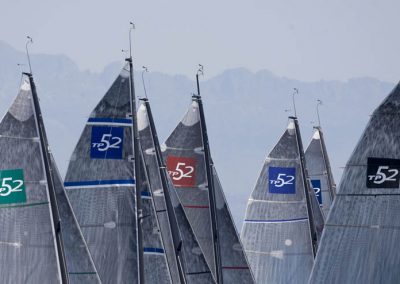 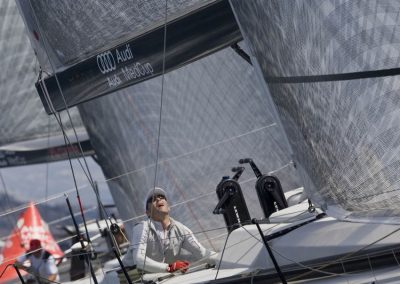 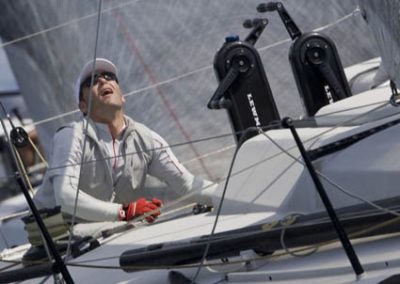 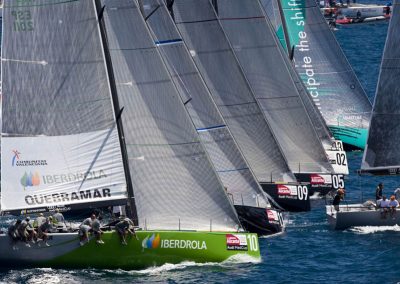