Once again there was a spirited tussle for the preferred end of the start line with three boats called over, Audi A1 powered by ALL4ONE (FRA/GER), Quantum Racing (USA) and TeamOrigin (GBR), but a solid mid line start from the Artemis (SWE) team allowed them to score the early extra wind pressure on the middle left of the first beat along with Luna Rossa (ITA).

Artemis extended slightly on the first run when the Italian crew gybe set into slightly less breeze, but they went on to a useful second place. Emirates Team New Zealand’s (NZL)  second run charge was not quite enough to get them past Synergy and Cristabella but their fifth keeps them one point ahead of Artemis in the overall regatta standings. Quantum Racing’s ninth leaves them nine points off second place.

Artemis (SWE), who won the first race of the day, finished fifth. The top places were pretty much decided off the start line where Artemis found themselves forced back into the traffic early. After rounding eighth at the WW1 mark Paul Cayard (USA) and the Artemis team gained three places but lie three points behind regatta leaders Emirates Team New Zealand (NZL) now. The Kiwi team lay second at the final mark but split away from Quantum Racing (USA), gybe setting and just losing second to Terry Hutchinson (USA) and crew.

That is TeamOrigin’s third win this season, winning once each time in Cascais and Marseille.

Race 9 and the event lead goes to Artemis! Victory in the third and final race of the day for Artemis gives Paul Cayard and crew the overall lead going in to the final day of the Camper Regatta – Conde de Godó – Barcelona.

Whilst Emirates Team New Zealand (NZL) struggled to get clear from the busy committee boat end of the start line Artemis (SWE) and Quantum Racing (USA) were first to break early from the pin end of the start line. That was enough of an early advantage to convert to first and second place at the WW1 top mark. A thirty degree windshift on the first run strenghened their hand although Matador (ARG) battled well for fourth.  Emirates Team New Zealand finished fifth to enter the final day one point behind Artemis. 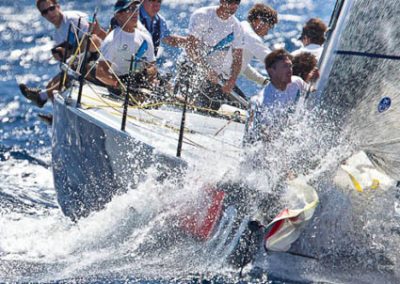 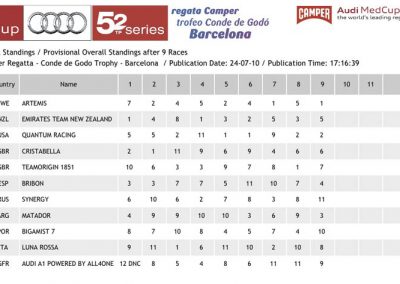 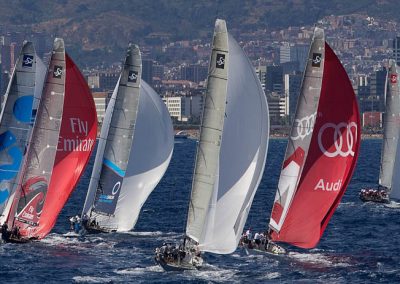 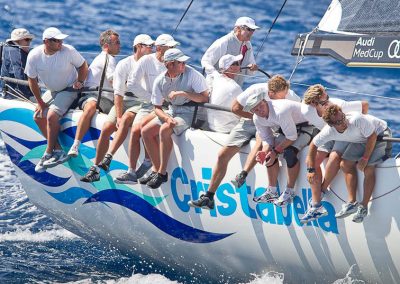 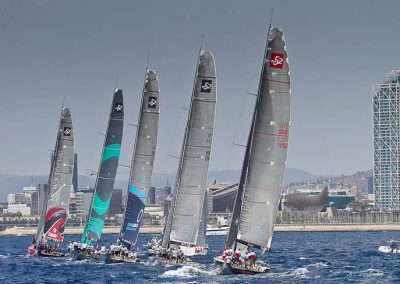 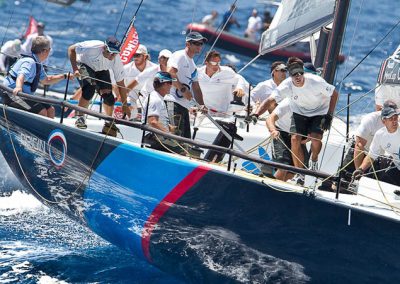 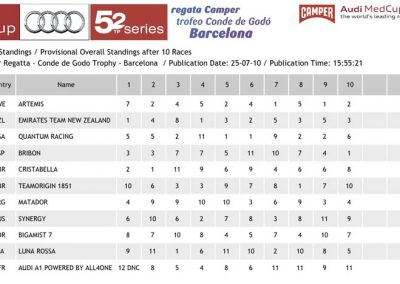