“I say who, I say when, I say who,” is a memorable Julia Roberts’ quote from the 1990s movie hit Pretty Woman. Being at the first bout of the inaugural TP52 Southern Cross Regatta it’s very clear the owners here have set their own agenda and created a concept that is being watched closely by TP owners, sponsors and sailing administrators worldwide.

At the keelboat end of the spectrum, Australia’s experience is similar to overseas trends. The GFC has tipped sponsors and owners out at the upper end. Similarly, changing lifestyles mean committing to costly ocean races and long pointscores that run weekly over half the year is no longer a decision made by one family member.

Keeping owners happy, reducing costs and revitalising Australian grand prix sailing is the primary charter for a small army of Australian TP52 owners. Otherwise – as has been mentioned more than once before the first warning signal at the inaugural TP52 Southern Cross Cup has been fired – there are plenty of other sports to entice.

There’s a groundswell of chatter at Sandringham Yacht Club on the eastern shore of Port Phillip, Victoria. Owners, crew, sponsors and club members will today unveil a new model which takes the best, not just from the TP class’ experience overseas, their traditional stomping ground, but from other classes that are reinventing and surviving the downturn.

Some of the innovative aspects of the overall package on trial from today to Sunday include;

The low cloud hanging over Sandringham is expected to burn off over the morning and once the land heats up the sea breeze should fill in around lunchtime and build throughout the afternoon.

Hints Terry Wetton, crew boss for Marcus Blackmore’s Hooligan and one of the primary series organisers, “If we get this right, we could revitalise grand prix sailing in Australia.” 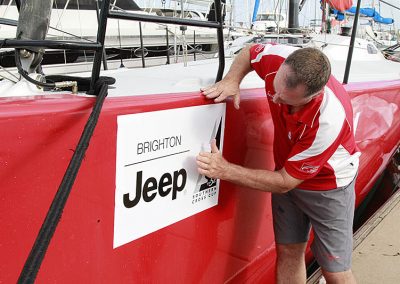 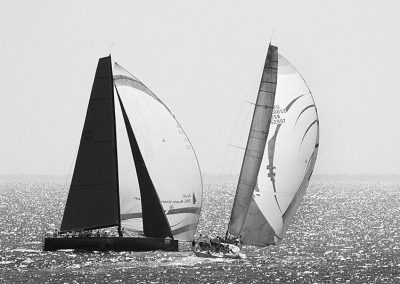