Winning the final regatta of the year to become the only crew to win two events in 2017, the Roemmers family’s Azzurra which represents the Yacht Club Costa Smeralda are the new 52 SUPER SERIES champions.

With three teams in the frame for the overall season title, Azzurra, Harm Müller-Spreer’s Platoon and Doug DeVos’s Quantum Racing, the final, last day showdown at the Menorca 52 SUPER SERIES Sailing Week was thwarted by a lack of breeze. Although the fleet went afloat for several hours on the strength of a forecast for marginal light winds, there was only a short period when the wind showed any promise.

Azzurra, helmed by Guillermo Parada with tactician Vasco Vascotto finish an incredibly close fought season seven points ahead of the German flagged Platoon, winners of this year’s Rolex TP52 World Championship, and eleven points ahead of outgoing 2016 titlists Quantum Racing. It is the first time since 2012 when the 52 SUPER SERIES started out with a complement of just four TP52s, that the circuit has seen three teams go into the last day each with a chance of lifting the title.

Their win reflects a higher level of consistency over the six regatta season for the world’s leading grand prix monohull class. While Platoon started out the season with a supreme regularity, second in Key West and in Miami before winning the world title and the third event of the year in Scarlino, they could not replicate that form in Sardinia where they were sixth, slipping back five points against Azzurra.

Quantum Racing won the first regatta of the season but slumped in Miami, eighteen points behind Azzurra’s winning tally there, and losing six places on the last day in Porto Cervo in June when they suffered a mechanical failure which saw them nearly lose their mast while leading the regatta and the last race.

Azzurra won in Miami and here in Menorca – on countback with Tony Langley’s Gladiator who had their best ever 52 SUPER SERIES finish. They were third in Scarlino, fourth in Porto Cervo and third in Puerto Portals. The winners dedicated their season win to the late Jimmy Kerkoc who died two months ago and was Vice President of the YCCS Board, a passionate Azzurra fan.

Tactician Vascotto who has been in the TP52 class since the Mediterranean fleet was set up in 2005 and won the first ever year of competition on Pisco Sour, could hardly contain his relief:

“This has been the hardest season to win, the hardest I can ever think of with such a high, high level of competition. You can see with five different teams winning regattas and for the first time having three boats in it on the final day. I just feel so relieved and proud of this whole team. We changed our setup, our sails towards the end of last season and so thanks to the coaches who support us, we are very happy with how we worked this year. I hope this crew has a very bright future, and I think Guille Parada is the best manager I’ve ever worked with in my life, he deserves this win. This circuit was always the best circuit, but this year was the hardest year, this for me was the most important victory. You have great competition; Quantum is a reference but also Platoon with John Kostecki, Gladiator, Provezza… How many boats won races this year!? It’s amazing. I think every boat here can win races and this circuit just the best. Next year with the new America’s Cup, this circuit will be even better!”

“This win is for one person who was very important to Azzurra, Jimmy, who is unfortunately no longer with us but was and is still a very important person to this team. He loved this boat and loved this crew. He left us too soon unfortunately this year very quickly and too soon and it reminds us to remember how he is pushing from up top. The other thing is this is for all of our family, for the work that we have done since last year when we realised we should change something and we changed for the last two events and this is the result. I am so proud for all of the guys who work hard and this is the result.”

“I am dissapointed, a bit let down, the conditions were not easy. So much of the season is dictated by things 4-5 months ago, and the building blocks you take in each regatta. We did a lot of good things this year, but if I was to be ultra critical of us, we let down a little bit by the detail. Not reading the sailing Instructions in Porto Cervo cost us 5 points and a gear failure cost us another 6 points, and if you do nothing else, but capture those 11 points back we’d be sitting in a very different spot. But reliability is pretty key, Azzurra demonstrated that all season long. They made some great comebacks in this regatta. They took some risk, especially on the day that we went 2-2, the battled back, that’s the mark of the Championship winning team and so they earned it I said to Doug on the way in, the best thing and the worst thing is all we have to do is look in the mirror. It answers all the questions. The hardest thing about that statement is we know where to assign accountability for not winning. Every time we’ve been nudged in one direction, had a bad day, we’ve always responded. We have a new boat under construction, we have a lot of exciting things ahead of us, the whole fleet is sort of reconfiguring for next season, it’s going to be awesome! We look forward to coming back in 8 months time and starting the whole thing over again!”

“Where else in the world can we go and compete at this level that we’re competing against? Win lose or draw at the end of the day we’re all sitting in the cockpit celebrating the team and the hardwork and the effort we’ve put in all season long. Azzurra set a great standard this year, but it has been great for Quantum, Platoon winning the World Championship, Tony Langley’s Gladiator sitting tied for the top here, that part of it is very exciting as well.”

2017 TP52 World Champion Harm Müller-Spreer had to be content with second:

“I think the average points difference over the year is like 0.1 so it is really, really close. I feel great. If you asked me at the start of the season would I take second overall I would say that is seriously a good achievement. Right now we are a little bit tired. We could have made it, yes, but any one of us three boats could have. We are happy. There are ther teams, Cup teams coming in and why not?”

The 2018 season will start in Croatia in May next year. Latest confirmation is that there are eight new build boats expected for next year. 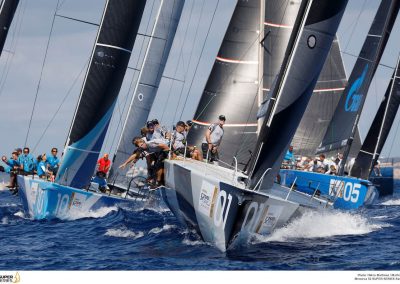 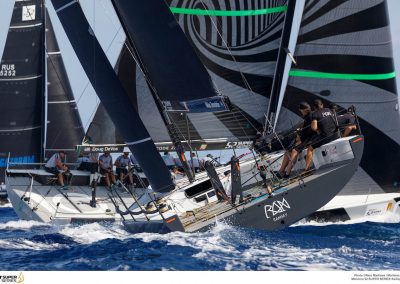 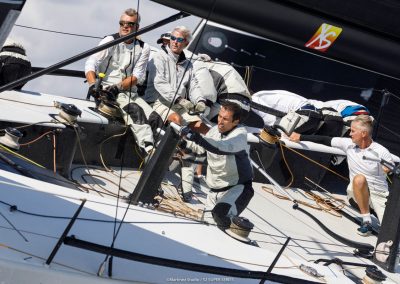 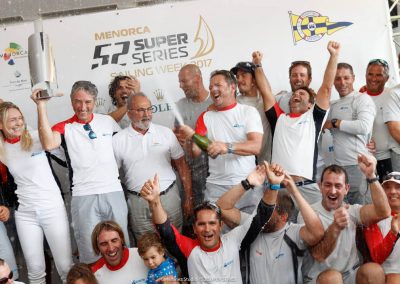 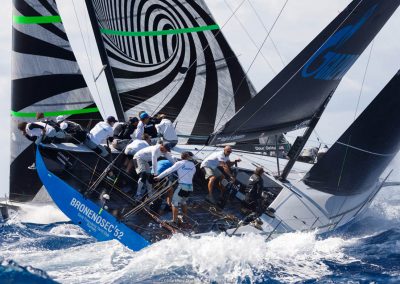 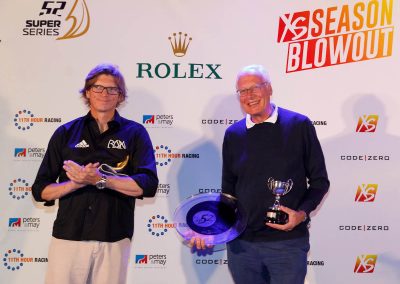 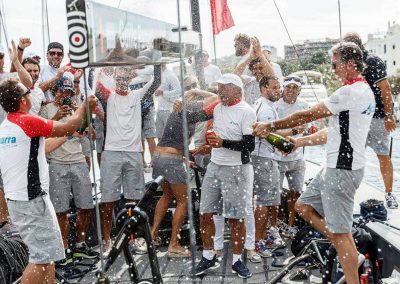 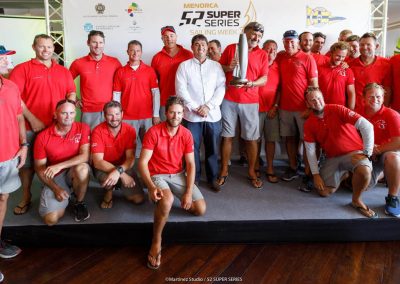 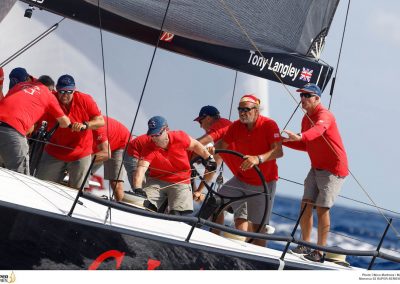 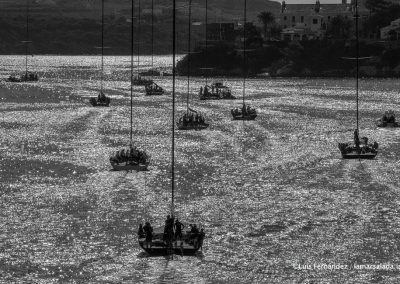 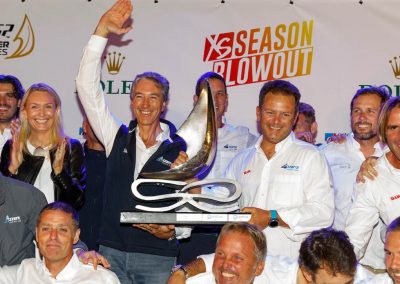 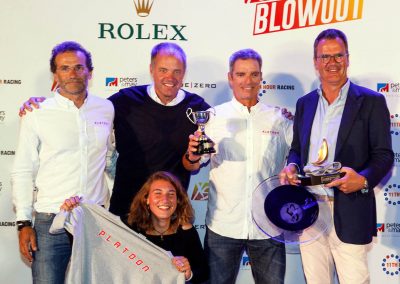 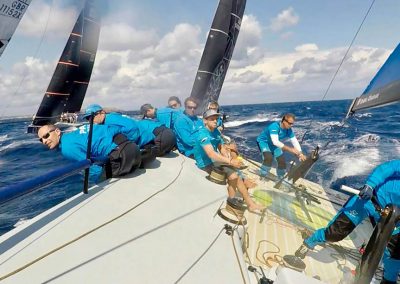 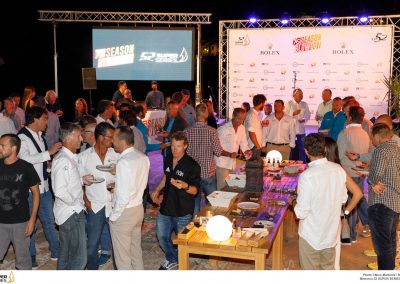 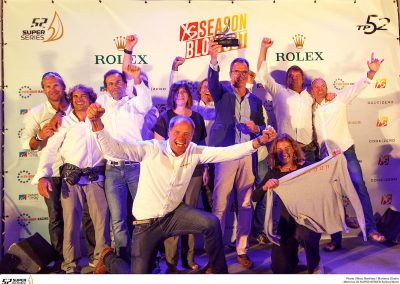 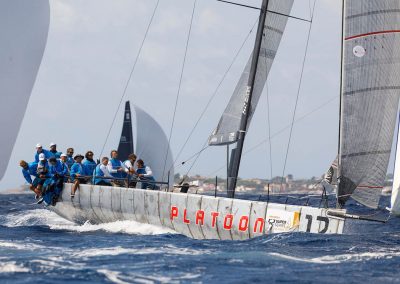 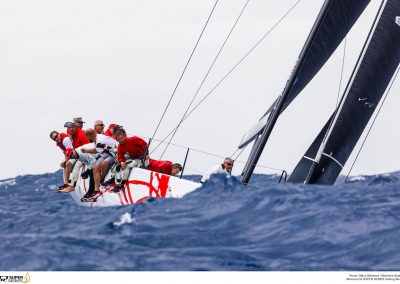 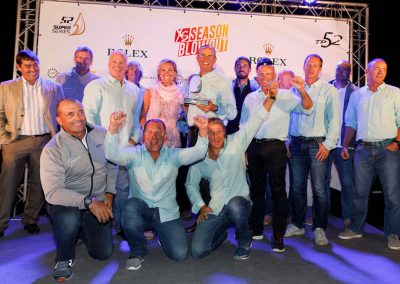 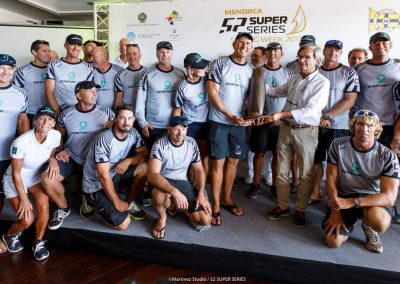 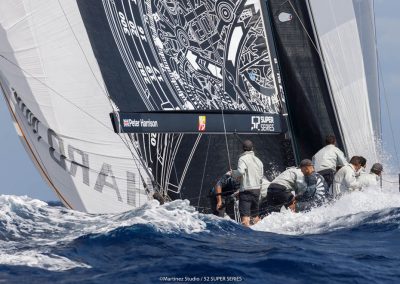 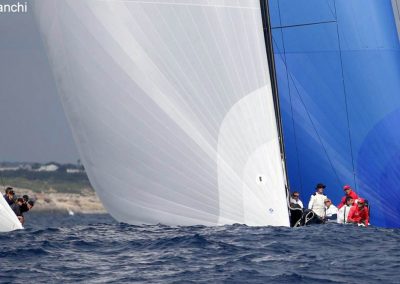 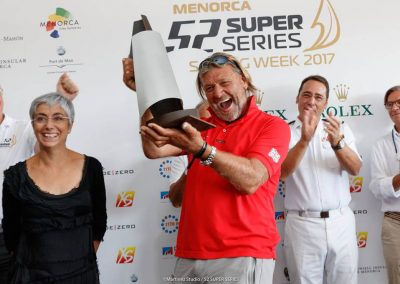 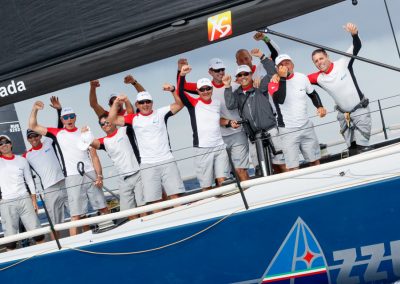 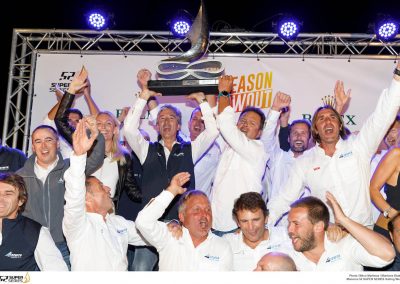