Triple Copa del Rey champions Audi Azzurra Sailing Team have stamped their intentions early with back-to-back victories on Tuesday catapulting the team to the top spot in the IRC 1 division on day two of the premier sailing regatta.

It was a return to winning form for the Italian/Argentinean crew with owner Alberto Roemmers on the helm, who won the 2007, 2009 and 2010 Copa del Rey with his 52 team, then known as Matador.

The team proved too strong against the 13 yacht fleet, including eight 52s, dominating the races from start to finish to round out the second day of the six-day regatta with nine points on the overall leaderboard.

“You take it each race as it comes, it wasn’t until we dropped the mainsail and opened the lunch box that we realised what we’d done; two wins, that’s not a bad day,’’ Flipper said.

“There was a bit more wind and a bit more bump on the race-course, which are the conditions we’re most confident in. Plus, we had great starts, you get a good start and anyone can look good. We just hope to continue this form tomorrow.”

Owner/driver Tony Langley edged his Gladiator team into second place with consistent performances to finish with 13.5 points, while PowerPlay, with owner Peter Cunningham at the helm, advanced to third, rounding out the podium places with 13.5 points.

Audi Sailing Team powered by All4One dropped from second to fourth, with 16 points after a shocking first race where a crew error led to the team tearing their spinnaker and losing all momentum, tactician Jordi Calafat said.

Former IRC 1 leaders Paprec Recyclage struggled to find the winning form that shot them to the top of the leaderboard at the end of day one, finishing sixth in both races to drop back to fifth place on 18 points.

Provezza jumped from eighth to seventh overall after the team pulled together their best performance yet to finish second in race two thanks to the steady helm of double Olympic 470 Class silver medallist Nick Rogers.

Rogers said it was the perfect boost for the team’s morale.

“It was a big step forward for us and it is really great for a new team and the owner Ergin (Imre) to see that with a little effort and a bit of luck you can pull back and be involved in racing, and the team should be really pleased with that,’’ he said.

A fleet of 119 yachts, crewed by more than 1,100 sailors, is competing across seven divisions in the 31st Copa del Rey. A maximum of 12 races will be contested across the six-day regatta that concludes on Saturday July 21.

The IRC fleets will line up for a coastal race on Wednesday, starting at 1300 local, 1100 UTC. 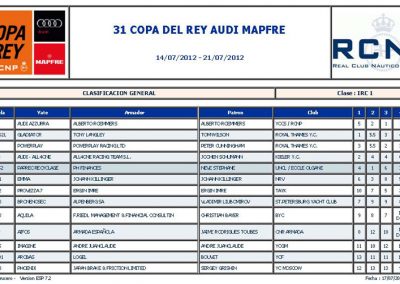 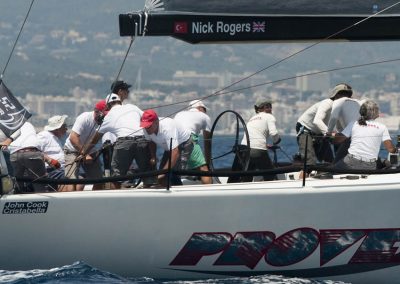 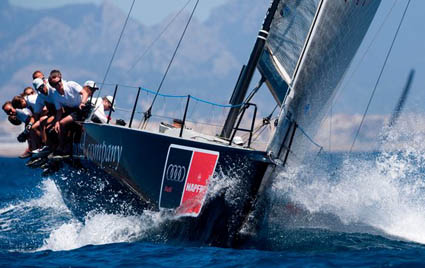 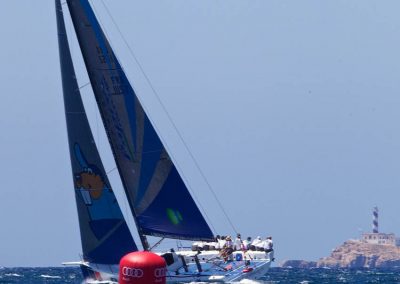 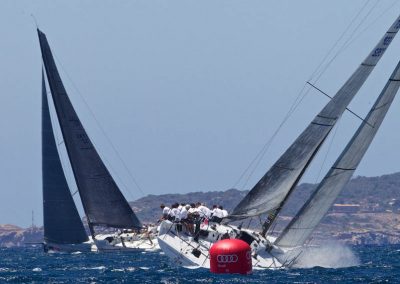 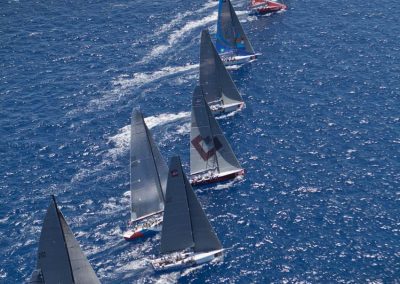