Olympic and America’s Cup champion Jordi Calafat chartered a winning course in home-waters to secure victory for his Audi All4One team in the IRC 1 division of the Copa del Rey coastal race in Palma, Mallorca on Wednesday.

It was the first line honours win in this regatta for the Palma born sailing legend’s team, but it wasn’t enough to challenge overall leaders Audi Azzurra Sailing Team, who finished second to remain on top of the overall leaderboard.

The 52s dominated the 13-strong fleet on corrected time with All4One taking the win, Azzurra in second place, PowerPlay third, followed by Gladiator, Provezza 7, Paprec Recyclage and Aquila in seventh.

All4One’s victory moves the team onto the podium, in third place on the overall Copa del Rey IRC 1 leaderboard with 17 points.

Azzurra continue to hold a commanding lead of 11 points and PowerPlay remain second on 16.5 points.

“It’s not about local knowledge, because everyone sails here so much,’’ Calafat  said. “We won because we moved into a strong position in the first run and had the strong start that we planned.”

It was a crucial day’s racing for the teams, as race rules do not permit for the coastal race result to be dropped, unlike other races in the six-day regatta.

Azzurra skipper Guillermo Parada said the importance of the coastal race was not lost on his crew as they hit the water with a strong overall lead nearing the half-way point of the regatta, the largest in the Mediterranean.

“This was the critical race, we wanted to make sure we had a good result and we managed to do it,’’ Parada said.

“From now on we will play it more looking at the situation and the points. There’s still a long way to go, but for sure we are in the position we wanted to be in at the start of the week.”

Paprec returned to their opening day winning form to lead off the start-line, to windward and with pace. The French team were closely followed by overall leaders Audi Azzurra and All4One, who punched through the traffic-jam at the committee boat end of the line.

Azzurra and Audi All4One began their usual match-racing tactics early, covering each other on a to-and-fro jaunt to the first mark in the initial quick-fire windward-leeward course.

But it was sharp-starter Paprec who gained the mental edge of reaching the top mark first, followed by All4One, PowerPlay, Gladiator, Azzurra and Provezza.

A quick gybe-set positioned Paprec on a lone course tending nearer the coast on the downwind return, while the two Audi boats hedged their bets on the centre and Gladiator pushed hard offshore.

Just who was going to gain the jump ahead of the longest coastal leg, about five miles long, was any one’s guess, with hundreds of metres separating the fleet as it approached the first downwind gate.

As the 13 strong fleet headed for Islote del Sech the two Audi teams continued their fray, going head-to-head on the approach to the island mark.

Calafat used his knowledge to hold his team’s lead at the island, followed by Azzurra, PowerPlay, Gladiator, Paprec and Provezza.

The fleet popped their kites and headed on a four-mile downwind stretch towards a short loop, before heading to the final downwind finish, where the southwest wind was building to in excess of 20 knots.

All4One held their hard fought lead around the final mark rounding, followed by Azzurra. PowerPlay edged into third place, followed by Paprec, Provezza and Gladiator slumped to sixth, their worst position of the race.

At the finish it was All4One who claimed victory by just 36 seconds over Azzurra. 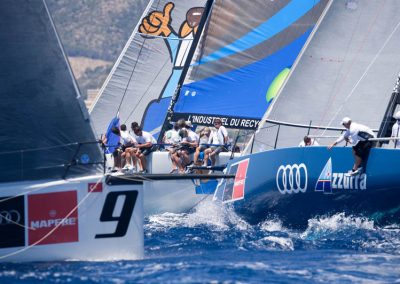 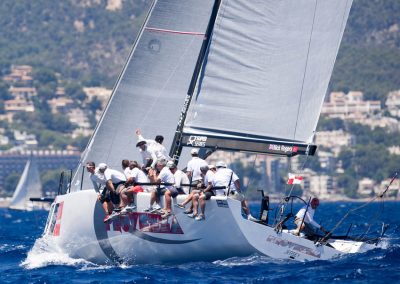 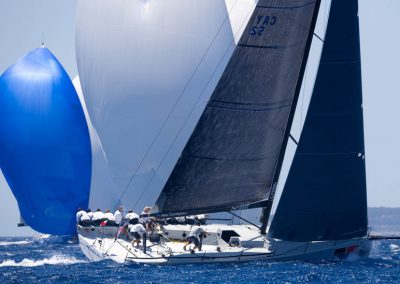 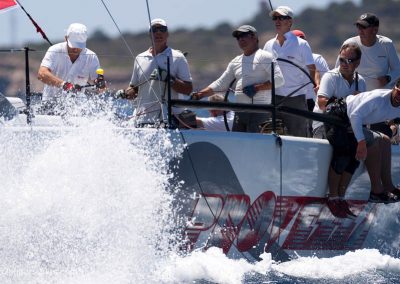 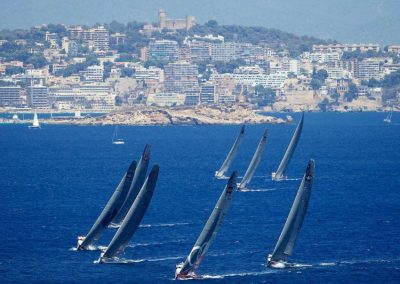 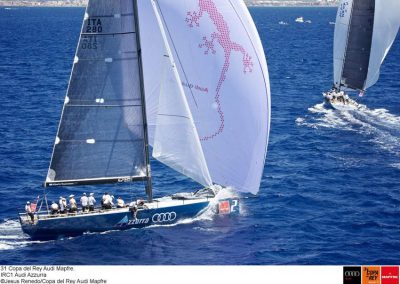 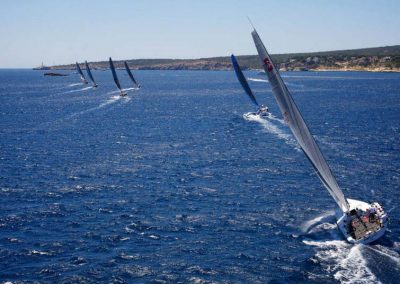 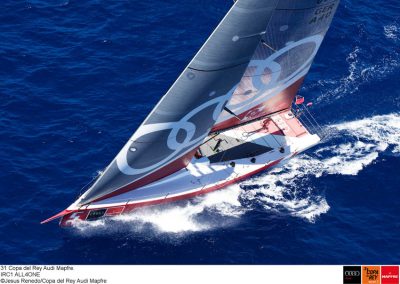