Azzurra is the winner of the 2016 Copa del Rey, Alegre 2nd and Paprec 3rd

While Copa del Rey titles went down to the wire in the Maxi 72 and Swan 45 classes there was no such drama in BMW ORC 2 where Pedro Campos extended his extraordinary record of class victories to nine. For sure it was not a walk in the park for Alberto Roemmers and team Azzurra in IRC-1 but the experienced team took the lead from day one and kept it that way. Azzurra saw most of the pressure come from Jean-Luc Petithuguenin‘s Paprec, which was well optimised for IRC out of her TP52 mode and seemed to revel in the medium heavy conditions. Alegre helmed by her owner Andy Soriano had a slow start but were in a great dual for second place with Paprec in the second half of the event, just to snatch the runner up title by half a point. Always in the mix but not comfortable enough with a boat that was completely new to them to threaten the top three was Xio-Gladiator, Marco Serafini and his Hurakan team sailing Gladiator as result of an accident in the Portals Sailing Week the week before Copa del Rey. Was great to see the team racing though and great to see this solution was found.

The duel for the Maxi 72 crown was finally won by Hap Fauth’s Bella Mente crew but their closest rivals Proteus – George Sakellaris’ team which had won the Copa del Rey twice before – had the title in their grasp during the final race of the six day regatta. But Terry Hutchinson and Adrian Stead, the Bella Mente afterguard read a new change in the breeze earlier and better and were able to squeeze through to win the last race, and the regatta for their first time.

The Azzurra crew win the Copa del Rey for the third time, previously winning as Matador in 2007 and 2009.

Alberto Roemmers commented: “It is a great feeling to win here. It is especially good because we have been working so hard trying to improve after last week at the 52 SUPER SERIES in Puerto Portals. The guys have been working so hard, testing after all the races. So it has been two or three weeks of hard work and I feel we are better. It was an enjoyable regatta but we had some problems breaking things but it is better to break them here than at the TP52 World Championships.”

The King of Spain, H.M. the King Felipe VI, sailed the final day on Aifos and later that evening presented the trophies at a well attended ceremony. 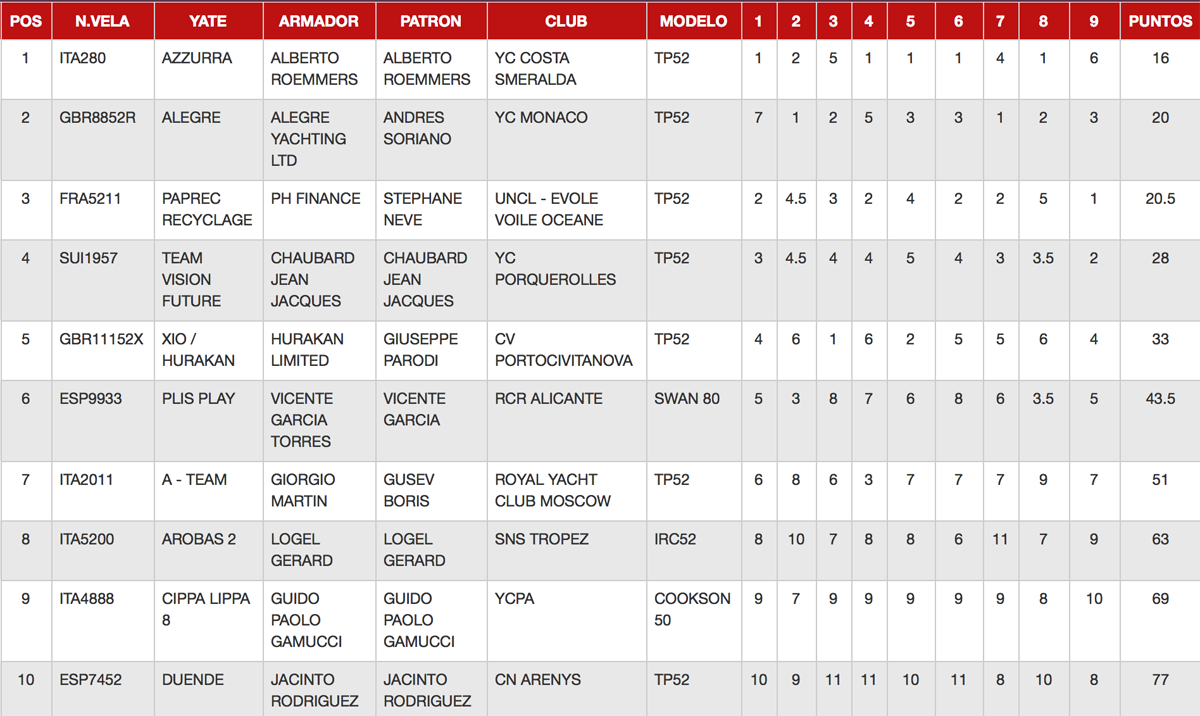 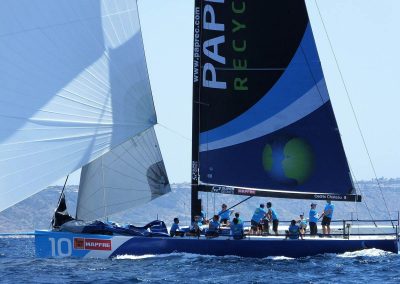 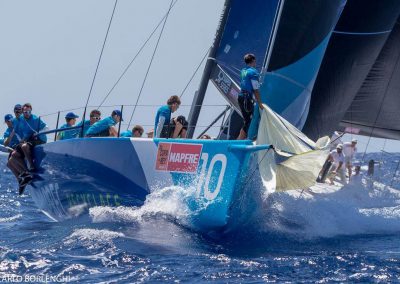 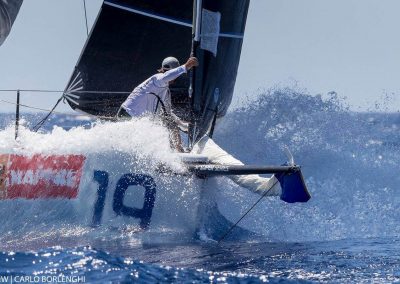 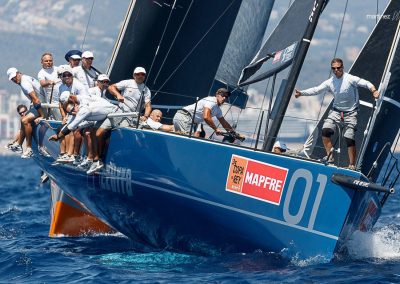 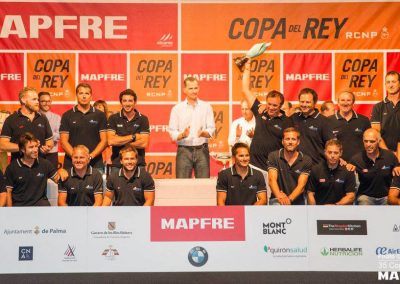 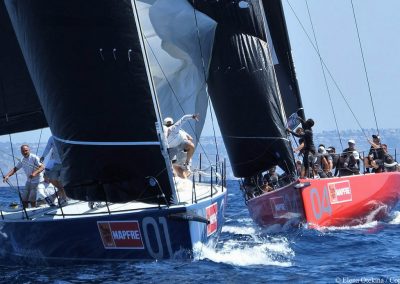 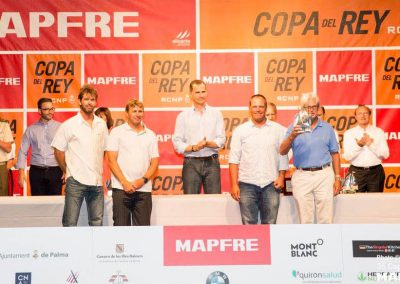