Azzurra made something close to the start they wanted at their home waters 52 SUPER SERIES regatta, the Audi Setteima del Boche, today. They returned to the dock at Sardinia’s Yacht Club Costa Smeralda just as the drizzling rain started, wearing big smiles after they scored a comfortable win in the breezy first race of the regatta and then took a second place to lead the season’s final event by two clear points.

While the Azzurra team, which has yet to finish a 2013 European regatta better than third overall, could enjoy the satisfaction of a job well done, no one could mistake the frustration of Quantum Racing’s hard driven tactician Terry Hutchinson at their second and third place finishes today.

The American crew, richly studded with America’s Cup winning talent, may be well ahead on the overall 52 SUPER SERIES standings but Hutchinson wants to finish their season unbeaten, winning all four trophy regattas, and with that perfect goal in mind, converting their two leading positions at both first windward marks into that second and third, was deeply frustrating for him. “ I want to win the regatta.” Hutchinson emphasised, “ I want to put our stamp on the season.”

In the brisk Mistral conditions, the wind just north of west and between 14 and 25 kts, smooth, polished crew work was a premium asset. With rain showers moving through to the south of the island and dark clouds passing overhead, there were always changes in wind pressure and some bigger shifts to use to full effect.

In the first race, the breeziest of the two windward-leewards today, Quantum Racing made the best start and seemed to be cruising to a decent lead. But at the leeward gate second placed Azzurra picked the right hand gate mark and then worked the right side up the second upwind, earning a good lift to lead over Quantum Racing by the final windward mark which they held to the finish line.

Azzurra could not be faulted on their second start. Starting helmsman and strategist Francesco Bruni – racing his first 52 regatta this season – might this morning have claimed to be feeling a little ring rusty after his months in San Francisco on the Luna Rossa AC72, but Azzurra’s second start – on the pin with pace – was as sharp as any. But although they had a small early lead over Quantum Racing up the first minutes of the upwind, the circuit leaders did steadily ease out ahead to lead around the windward mark again.

This time it was on the second downwind that the big changes occurred, Rob Greenhalgh – tactician on Tony Langley’s Gladiator – chose to work left into better pressure and a nice shift. He admitted later that part of the reason was to stay clear of a cluster which had developed behind after Rán Racing blew up their gennaker, but they made a nice gain coming back with Azzurra to steal first and second across the line.

Langley’s Gladiator – once more burying the perception that theirs is something of a light winds specialist – paired a useful fifth to their race win and so lie third overall only one point behind Quantum Racing. The circuit leaders Quantum Racing did have to make a small reshuffle of their crew today, substituting for a sick bowman.

Terry Hutchinson (USA) tactician Quantum Racing (USA): “We went 2,3 but I am pretty angry as we went 1,1 at the two top marks and we turned them into a 2,3 and that is not acceptable for me. I expect more from myself and out of the guys we are working with to not miss anything. So when you get passed it is like a file going up and down my back, like a big cheese grater. In saying that our bowman was down sick today and Matt Cassidy slipped forward in the boat. We have an awesome group of professional sailors and all credit to them for doing really good work in difficult conditions. The positives are that we executed the starts we wanted, but we have some meat on the bone that we have to get better tomorrow.”

Vasco Vascotto (ITA) tactician Azzurra (ITA): “ It feels better than Palma. We sailed very well this time. It is nice to have Cecco back on board it makes a difference. He has such great experience. He was trying to get us foiling (laughs).

Francesco Bruni (ITA) strategist and starting helm Azzurra (ITA): “ It was great racing today. I am always amazed how close it is in the 52 SUPER SERIES, there are just metres in it between new boats and old boats. We picked some good shifts. Vasco did some good work. Upwind we were not so sure about the right, we picked the nice shift to the left on the downwind and when you do that in this fleet it is always a nice jump forwards. It is a great feeling to be back. It is great to be sailing here, it is like sailing with my second family, racing on these waters in the Mistral.” 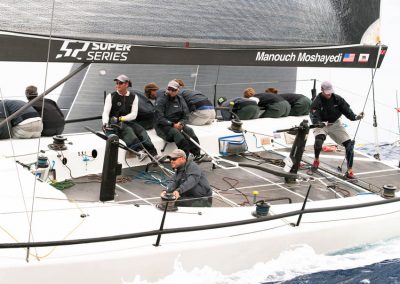 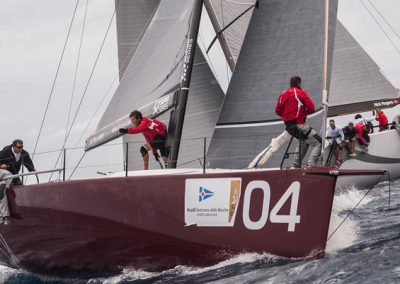 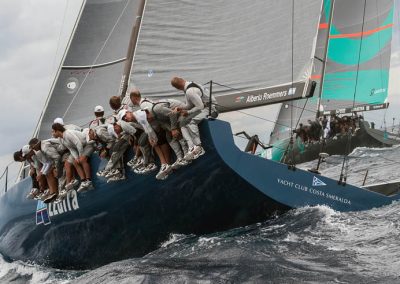 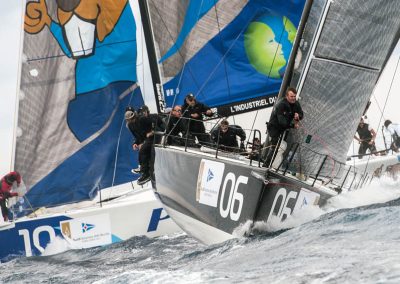 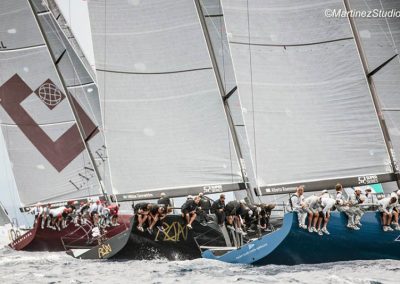 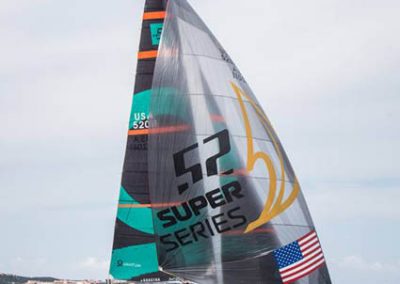 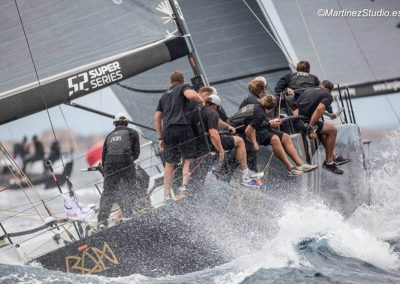 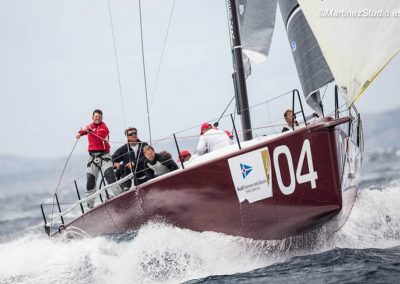