From the tightest and most exciting coastal race for many years, Quantum Racing sailed to a well earned win today to close the gap to just one point in the overall standings for Sardinia’s Audi Settimana del Bocche, the final regatta of the 2013 52 SUPER SERIES.

The dust up in Bomb Alley between Quantum Racing and Azzurra was thrilling from beginning to end. The regatta leaders, home favourites Azzurra had the upper hand sometimes on the long windward leg to Spargi island but Quantum Racing kept coming ahead and stealing back their lead. And Austin and Gwen Fragomen’s Interlodge were in the mix early on, too.

But mostly it was the American boat against the blue hulled Azzurra, head to head, duking it out like prize fighters, never more than a few boat lengths apart in a true blue skies Mistral which averaged in the mid 20’s and peaked at 30kts as the nine 52’s rounded the island on the edge of the blustery Strait of Bonifacio.

At the start of the 31 miles course Azzurra lead off the start line and enjoyed the early advantage and really did look set to step clear of the busy traffic behind as they lead into the narrow channel where the waters are flat and the wind whistles down between the islands. But Quantum Racing worked relentlessly and at one point lifted almost around the bows of Azzurra.

At Spargi island in big, unruly waves and gusts to well over 30kts the two leaders set gennakers in perfect stereo, side by side. Azzurra were slightly quicker and used some of the malicious gusts to better effect and surged to a lead of a couple of boat lengths.  As they crossed the ferry route between Palau and Maddalena, Azzurra slid spectacularly round the bow of a ferry to gain a few metres whilst Quantum Racing held high to get around the ship’s stern.

In the final mile and a half of the ‘alley’ Ed Baird managed to get Quantum Racing’s bow up over Azzurra’s stern and suddenly they surged past in a gust. The next time they came together, Quantum Racing gybing on to starboard, Azzurra responded late. In the split second they had the choice of gybing quickly and staying inside or going round the back of Azzurra. They did the latter and lost control only momentarily but between the two consecutive moves that was enough for the 52 SUPER SERIES leaders to surge ahead to a decisive lead which they held to the finish line at the entrance to Porto Cervo.

After three races Azzurra lead by a single point on the strength of the their 1,2,2 so far with Quantum Racing second after their 2,3,1. Only two points separate Gladiator on 13pts from Provezza in sixth.

“ It was good action pretty much all the time, a good old fashioned street fight. Occasionally we were throwing chairs at them and they were throwing chairs back at us and it was who flinched last. To be honest we have not sailed in those conditions in a while and it was not as crisp on board as we have been in the past, so yes there are things we can do better, but it was just a great battle the entire time with Azzurra. They sailed a great race, we sailed a great race and when we got down into the channel again they rolled us and then Ed did really good work putting the bow up in a lift, we got a heading puff and went straight over the top of them. And I don’t think they thought that would happen. I take my hat off to both teams but our guys sailed really well today.”

“ Overall if you had offered us a 1,2,2 from the first three races and be leading overall you’d take that. But as it stands right now we are a little disappointed.

The lead needed to change hands an odd number of times not an even number of times! I think they nailed the last gybe on the entrance to the straits and we were a little indecisive whether to go on top of them or go around the back of them. It transpires we should have gybed on top of them and we did not and so that was it.

“ It was fantastic, we had a great race where our top speed was 24kts and the most wind we saw was 30kts, but most of the race was in high 20’s. It was a really nice long beat upwind in flat water, beautiful conditions, a fast reach across the top of the course and then a long, fast run. It was a really great day, awesome. We were up there duking it out with Azzurra and Quantum Racing which for our programme is great. It was a good day for Interlodge and for the owners Gwen and Austin.” 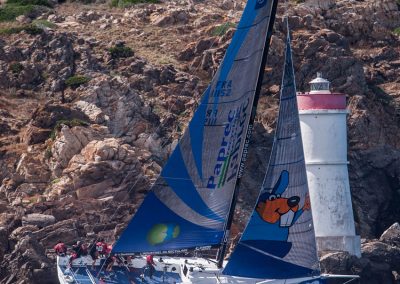 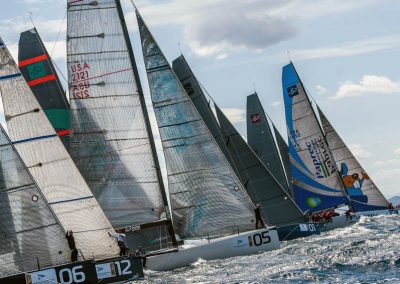 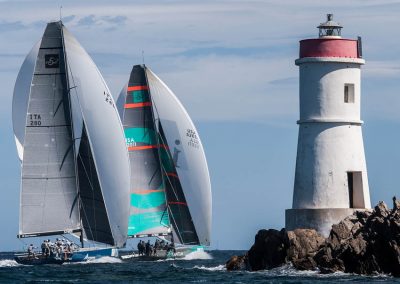 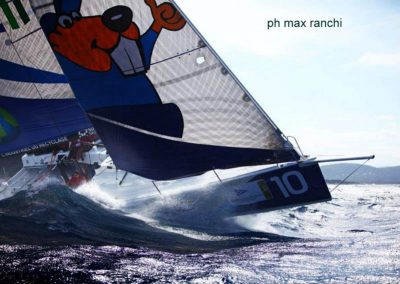 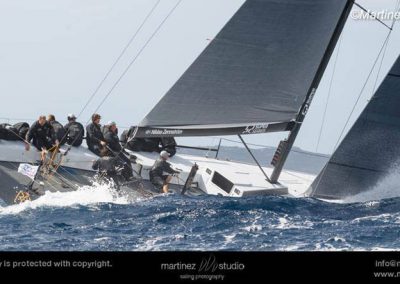 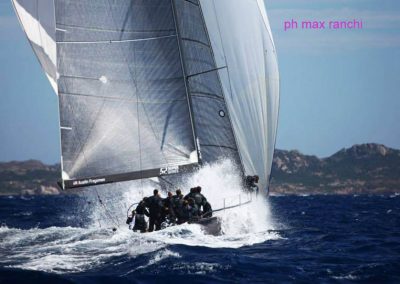 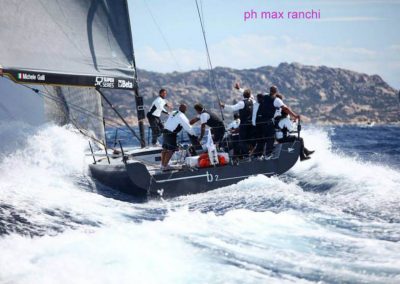 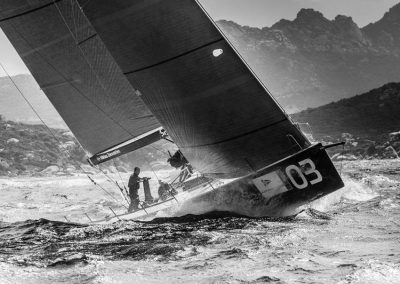 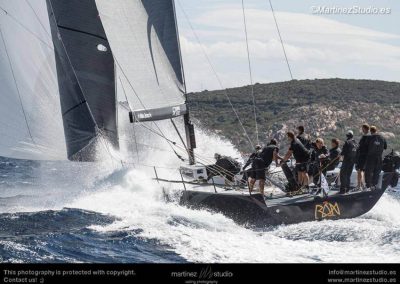 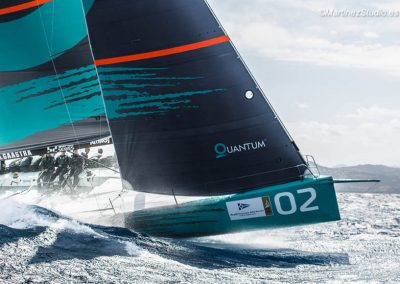