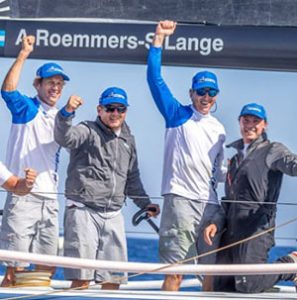 ​Azzurra secured their fourth 52 SUPER SERIES championship title as they played out a dream scenario. On their own club’s waters in the north of Sardinia on the last day of the closest and most competitive season in the eight year history of the world’s leading grand prix monohull circuit the Roemmers’ family’s team, which races for the Yacht Club Costa Smeralda, won the 2019 championship.

After a spirited head-to-head against Platoon, which spanned three, intense, three-race days, Azzurra clinched the 2019 title with one race to spare. Competing in perfect, champagne sailing conditions – 20 knots of northwesterly wind and sparkling September sunshine – a smart solo move on the final downwind of the second race today allowed them to finally put enough points on Harm Müller-Spreer’s German-flagged rivals to finally render the emblematic YCCS crew uncatchable.

The core of the successful Azzurra crew have been together for more than five years, the team philosophy being to minimise line-up changes. After finishing fourth at the opening regatta in Menorca in May, time and again they seemed to come painfully close to regatta victories, successively in Puerto Sherry, in Cascais and again at last month’s Rolex TP52 World Championship at Puerto Portals. In Andalucia, Puerto Sherry they were second by one point behind Provezza, denied by only few seconds. The story repeated in Portugal in July where a couple of tiny seconds – a metre – allowed Quantum Racing the win. And then at the end of the Mallorcan event last month there were just two points between them and new world champions Platoon.

Each time Parada has said he would trade the transient pain of missing out for the lasting joy of lifting the 52 SUPER SERIES trophy tonight in their own home yacht club, and for all that the 2019 title victory would mean for the team’s owners, the extended crew and the supportive members of a proud yacht club whose Azzurra history dates back to the America’s Cup challenges from 1983.

That Parada today lead the team to the TP52 title on his 52nd birthday is the icing on the cake.

“We have been waiting for this for a long time, in fact the work started after we finished third on countback behind Platoon last year, and not being able to race on the last day, that was very hard. We said we wanted to come back stronger and that is why we worked so hard through the winter and this season and everybody on the team has been really focused on getting us back to bow number 1 and now it is ours for at least next season,” Parada said.

“We took a couple of risks among a lot of changes we made through the winter. We have already started our plans for the 2020 season and so we can’t say what we have done. We are happy with the risks we took. Luckily we are now enjoying the results. We may not have been the quickest in any one condition but the results show we were among the fastest and most consistent. Maybe we lost a little in the top end which was traditionally our strength but for sure in the lower wind range we gained. We have been now been second four times but I think we have stayed consistent and done our jobs. And Santi’s philosophy has been to avoid high risks as much as possible and that has been good for us,” enthused Parada on the dock among the celebrations at the YCCS dock. “The team have done a wonderful job to win the title and give me the best possible birthday present. Two reasons to celebrate.”

Lange, who celebrated his 58th birthday this week, will not race with Azzurra next season as he focuses on securing a fourth Olympic medal. Although he did not win a regatta over the two years he has sailed on Azzurra since replacing Vasco Vascotto, this 52 SUPER SERIES title victory means the world to him.

It was hard for the Platoon team to hide their disappointment. Winners in Mahón at the start of the season and last month collecting their second Rolex TP52 World Championship title in three years, Platoon lost points in Cascais and Mallorca and finish runners up for the third year in a row.

Victor Mariño from Platoon acknowledged: “I think Azzurra just sailed better than us they played really well, especially this event. We tried to do our best but in reality we were not on the level that these guys were at this event. You can’t do everything in one day if you don’t do it all year. We lost some points all year at some events. The sailed really well, especially today they focused on the circuit. We are happy with our second position and won the worlds and these are very important so we are happy.”

After five years on the circuit and three podium finishes, Takashi Okura’s Sled also completed a dream finish to their 2019 season winning the Audi 52 SUPER SERIES Sailing Week Porto Cervo 2019 regatta title. Mr Okura’s crew were in a class of their own showing remarkable speed round the whole race track, not least off the start line. They scored five back-to-back race wins over yesterday and today, a record not seen since Quantum Racing in 2013 when the level of the fleet was much lower.

“We are so happy,” Sled’s Don Cowie grinned, “The boys on the boat have done a great job, Mr Okura steered so well and the shore team have worked hard all season. We made some nice changes and the boat really was in a nice groove here. The boys at the back of the boat put us in some nice places, we had some good starts. In that flat water and breeze like here we seem to have something. Unfortunately we did not do Cascais which was the other breezy event, we feel good in that stuff. It is awesome for the team. First year we were third overall and first owner-driver and it has been tough since then. But to get on the top step of the podium for Mr Okura is super.”

The 52 SUPER SERIES heads to Cape Town South Africa for the first time where the first regatta of 2020 starts on March 2nd. June 16-21 we are celebrating the 20th Anniversary of the TP52 Class in Porto Cervo where we hope to see 10 generations of TP52s, spread over 20 boats or more, racing together for 52 Super Series and AUDI TP52 20th Anniversary Invitational trophies!! 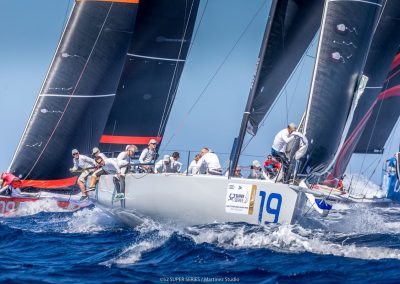 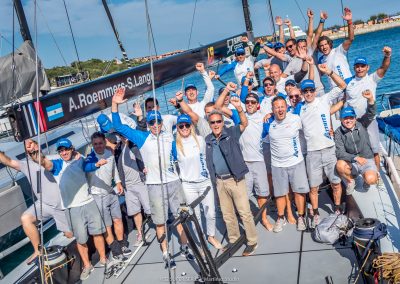 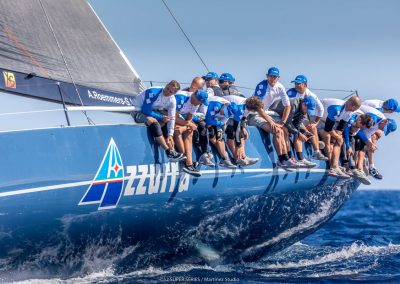 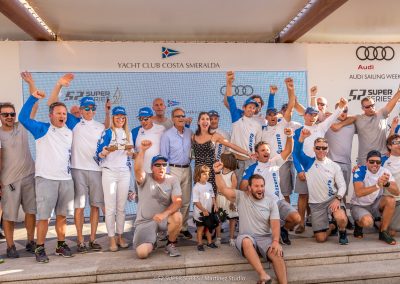 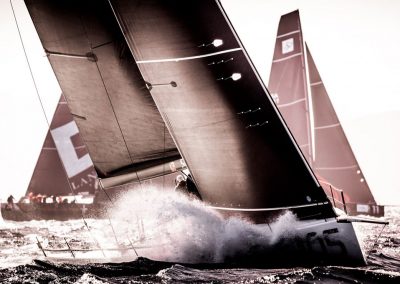 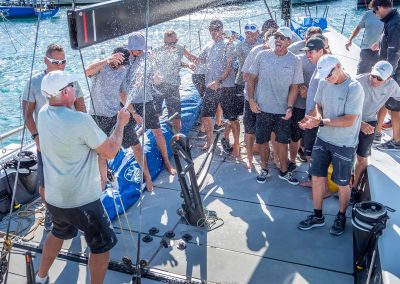 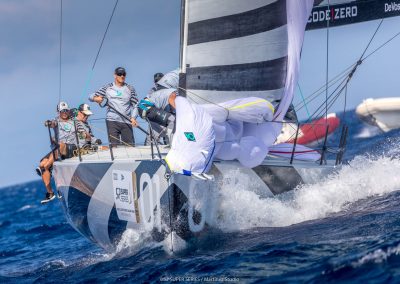 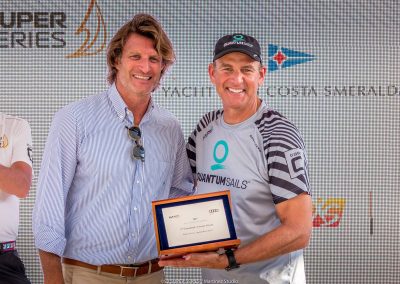 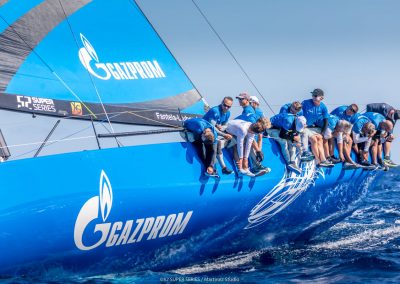 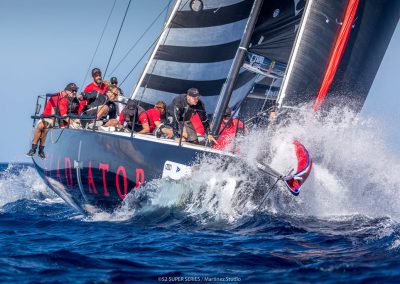 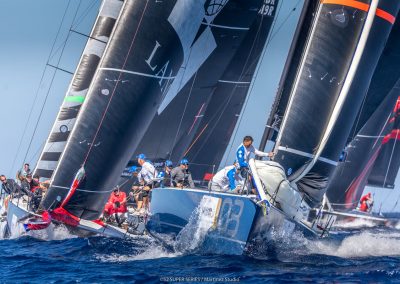 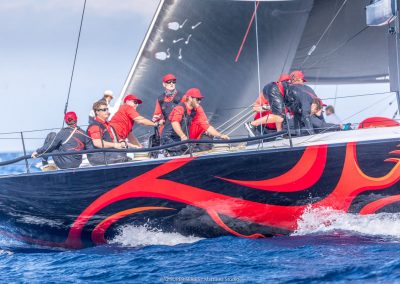 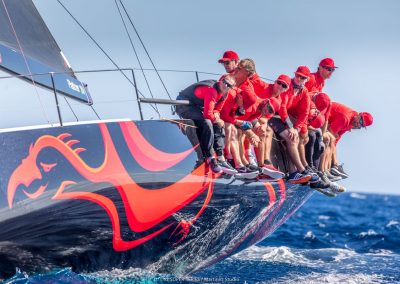 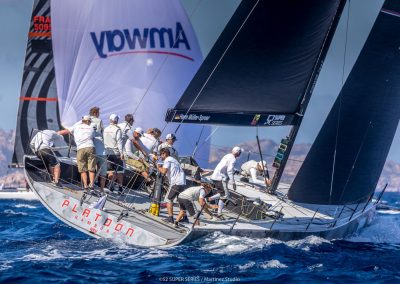 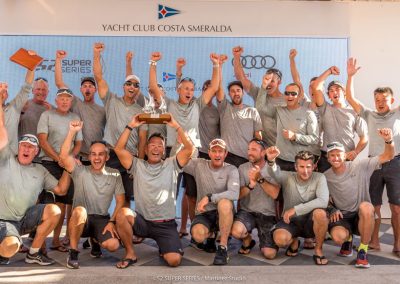 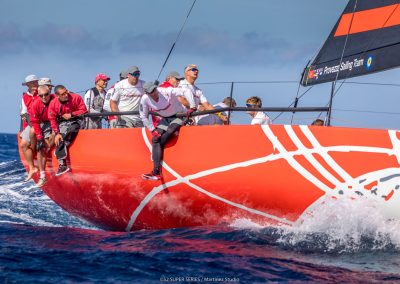 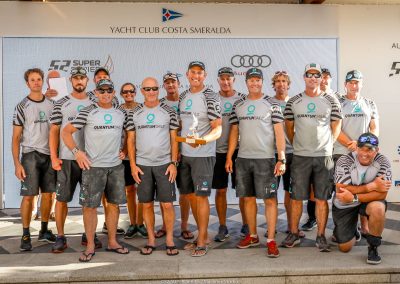 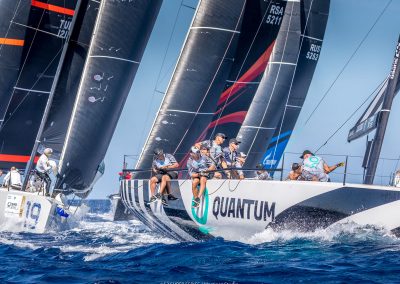 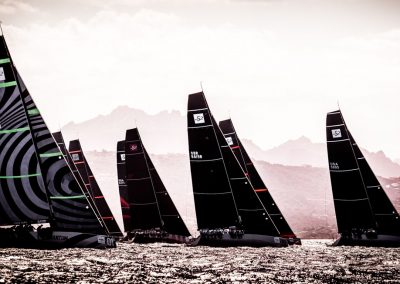 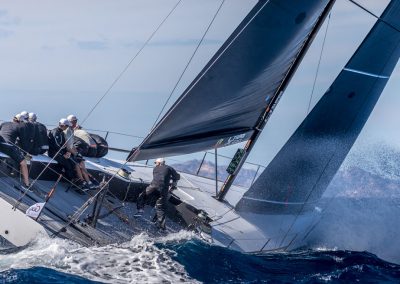 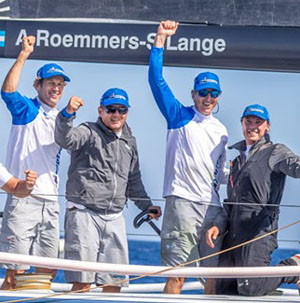 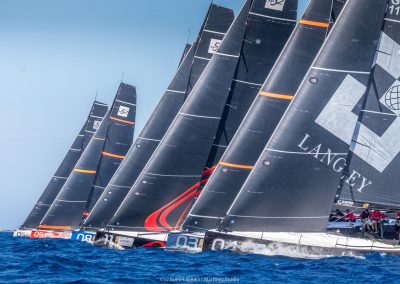 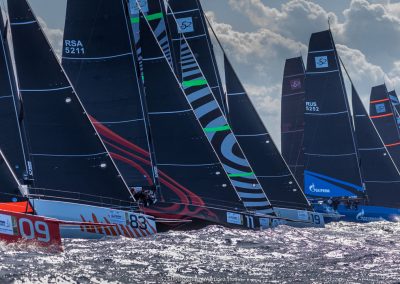 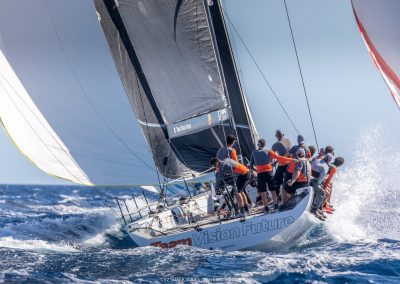 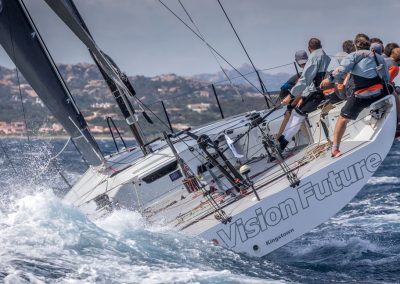