Bribon Takes Over The Lead

A race 3 win by only 1 second over 2nd placed Ran saw Bribon take the lead in the Cartagena event after 2 more light weather races on day 2 of the Audi MedCup.

Race 2 was for Audi Azzurra with a solid start to finish demonstration of boatspeed and control. They are in 3rd for the event, all the effort brings them only 1 point closer to Quantum and more significantly 4 points closer to Container.

Quantum showed good control  in race two, but could not find the same cool approach for race 2, now in 4th for the event.

Ran again not too good at the starts, but this time found a clear lane to show their pace and from then on it was a great battle with Bribon for first.

Ignasi Triay (ESP), trimmer, Bribón (ESP):
“ The boat performs very well in these conditions. In the first race we fought against Azzurra and Quantum but in a port-starboard situation they were on port and made us hesitate and we ended up being penalized. No objection, it was a mistake from our side, but we left that behind and we managed to save the day.  In the second race we were among the top boats from the beginning. On  the last run we had RÁN ahead but we caught them and that makes us leaders in Cartagena”.

Francesco Bruni (ITA), tactician Audi Azzurra Sailing Team (ITA):
“ A fourth and a first place is a nice score.  In the first one we did things well, we started well and went to the left. We were in control from the beginning, Quantum was behind sailing very fast and were kind of threatening but we coped with it and won the race”. 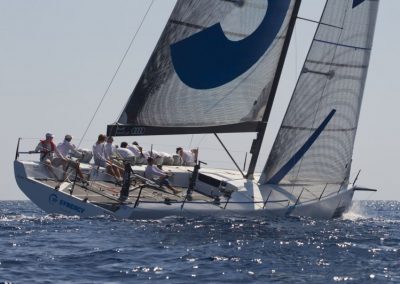 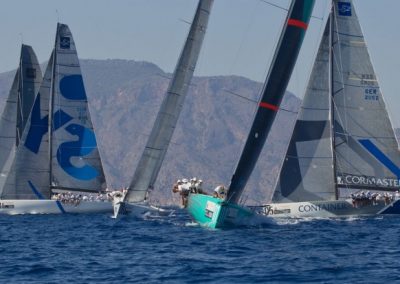 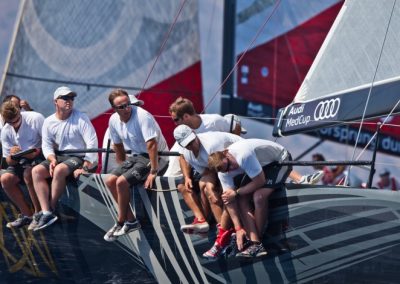 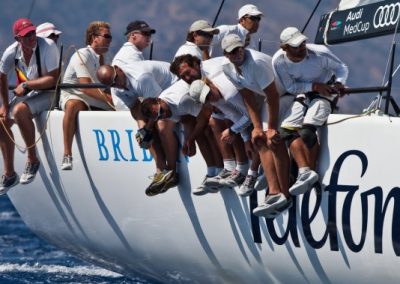 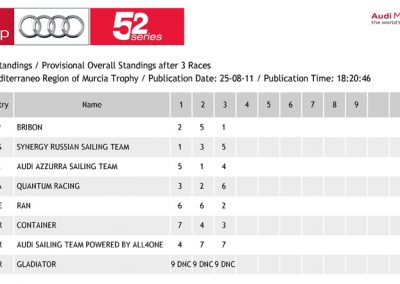 Back
← Cartagena, not for the fainthearted HOOLIGAN Wins Hamilton Island Race Week!! →