Sailing media value numbers from the The Audi MedCup circuit. The numbers are realistic, talking about real media value and not touting meaningless figures in the billions based on household penetration.

The series has reported that in 2009 a study by Sport + Markt as estimated the media value of the season at 24,9 million euros. The study was carried out in Spain, France, Italy, Portugal, UK and Germany. The results are a 35% improvement on 2008 despite there being one less race in 2009.

Fernando Iñigo, Marketing and Communications Director of Grupo Santa Monica Sports said:
“Maintaining the impact in such circumstances would have successful enough, since we cut down the number of events in 20%, but in spite of that we’ve managed to increase the media impact in 35%”.

Iñigo’s opinion is that such success is due to the consolidation of a communication strategy maintained over time. The three year old strategy involves very good audiovisual production quality which has led to great gains in TV coverage. The results consolidate the Audi MedCup Circuit, founded by Ignasi Triay and Nacho Postigo in 2005, as one of the most important regatta circuits of the world.

The monitored countries showed a TV coverage of around 630 hours, with a monitored media impact of around 16,2 million euros measured in AVE (Advertising Value Equivalent).  The coverage was greatest in Spain followed by France, Italy, Germany, UK, Ireland and Portugal.

Press coverage was also good. 1.201 articles were measured with an estimated value of around 6,3 million euros. Once again, Spain was the country with the biggest press coverage, followed by France, Italy, Portugal, Germany, UK and Ireland.

The impact in the digital media was studied in 2009 for the first time. Value was estimated at 3,3 million euros in the six monitored countries, but the amount is not included in the global 24,9 million euro figure. Digital coverage was more than 2 million euros in Spain, and represents more than 13% of the Circuit’s global impact.

Fernando Iñigo is confident in the contined success of the communication strategy for the Audi MedCup Circuit, and expects
“The media impact to grow in 10% globally, and 30% in Italy and France. In both countries we want our presence in the media to grow, reaching a bigger media impact by doing so”

Emirates Team New Zealand boss, Grant Dalton has told NZ Media that the team will not compete in the next Volvo Ocean Race. While race organisers have said that stopovers will not necessarily be tied to competing teams, the news probably means that Auckland will not be a stopover for the next edition of the round the world race.

The Volvo Ocean Race had been seen as a platform to deliver value to the Emirates, the team’s long time sponsor in the absence of a recognisable America’s Cup campaign. According to the most recent news,  the Volvo race has been ditched for two reasons: it was proving too expensive and was superfluous to the team’s needs.

Emirates Team NZ are committed to a TP52 campaign in the Audi Med Cup and the new Louis Vuitton Trophy.

Dalton hopes that with the DOG Match now happening in Valencia, the future of Emirates Team NZ in the America’s Cup will be more said:
‘I don’t for a minute discount the possibility of more delays but there’s now, for the first time in a long time, light at the end of the tunnel. ‘There’s a future for the team beckoning within days really. we are still here’ and ‘ready to race again’ once ‘there’s certainty in the future of the event’.
‘Above all else that is what we want, certainty. The best result for us is for the winner [of the deed-of-gift match] to announce a Challenger of Record and say the defender will enter into dialogue with the challengers. That’s about the best result we can hope for.’
‘My focus needs to now turn to raising money and getting the team back together again. My heart is still in a Volvo but it would have been a massive distraction and the board felt we needed to change course.‘

TEAMORIGIN Appoints Environment Manager to Race for Change Cause.

There is a tendency at the moment for sailors looking for sponsorship to present the sport of sailing as environmentally friendly. While sailing can certainly boast a better carbon footprint than motorsport or powerboat racing, there are other sports that can do even better. Sailing teams then have to be very careful about their environmental claims. As people become more cynical, announcements and initiatives are not enough, there needs to be concrete evidence that action is being taken to back up the PR.

Sir Keith Mills, who heads up TEAMORIGIN understands that for his ‘Race for Change’ to mean anything, it needs to be more than the Carbon Trust’s logo on the side of the boat.  The team has appointed  Dr Susie Tomson as Environmental Manager – an innovative move for a professional sports team to recruit a full time team member in such a role.

Susie Tomson joins from the Royal Yachting Association where she established their environmental programme, the Green Blue, and worked for the last 7 years as their Environmental Advisor. She brings over 15 years of experience in various aspects of natural resource management much of this balancing the interface between recreation and the environment. In her role as Environmental Manager for TEAMORIGIN she will work closely with the Carbon Trust, the team’s environmental partner, to measure, manage and reduce the team’s carbon footprint. The team plans that the Race for Change ethos becomes a strategic principle embedded into their day to day operations – guiding business decisions as well as team behaviour.

In September, K-Challenge, the America’s Cup campaign run by Stephan Kandler announced that it would be reinventing itself by partnering with Jochen Schümann. Today in Paris at a press conference, the team has been presented with a new name – ALL4ONE.

The new ’super-team’ continues the recent trend of a team becoming a platform for its partners and sponsors across several events – maximising returns while sharing costs. The team plans to compete in the Louis Vuitton Trophy as well as the World Match Racing Tour. They will also campaign an RC44 and a TP52.

The German connection also brings a new partner to the team. Sportswear giant Adidas has been announced as a sponsor of the new look team today. For those who know their sports business, the arrival of Adidas into sailing is not a big surprise. The company’s rivalry with Puma dates back to when two brothers from the same family founded the competing companies in 1948. Since Puma’s high profile launch into sailing with the last Volvo Ocean Race, it was perhaps only a matter of time before we saw Adidas enter the market.

Stephane Kandler, K-Challenge’s CEO :
“This is an important step in our history after 20 years of investment and involvement in sailing first through K-Yachting our charter company created in 1989 and then K-Challenge who has participated in the last America’s Cup. With our assets from the last America’s Cup, our common experience and all the other people working with us (like the French Sailing Federation, FFV), ALL4ONE is a trustful and powerful platform offering new opportunities for sponsors in our sport. And we are proud that our historical partners Canal+ and Saint Honoré watches are now joined by adidas, which is one of the biggest brands in sport.”

Jochen Schümann, Skipper and Sport Director :
“ALL4ONE will build a new sailing team platform based on inspiration, respect, innovation and performance.
We have set our priorities on four international sailing circuits – Louis Vuitton Trophy, TP52, RC44, World Match Racing Tour – around which we build our team, perform against best sailors of the world and be present for our partners and visible for public all year around.”

ALL4ONE is very proud to announce that adidas has already joined the team as Official Supplier. Hermann Deininger, CMO, Adidas Sport Style Division says:
“Jochen Schümann, is a world class sailor who has been part of the adidas family for the past 30 years. He works closely with us providing significant support, testimonials and advice to test and develop our perfectly crafted adidas Porsche Design Sport sailing range. We are extremely proud & grateful to have him share his and his team’s sailing expertise, allowing us to continuously perfect our sailing specific products.” 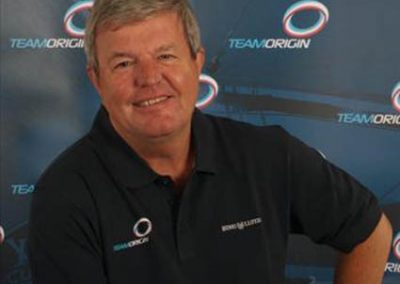 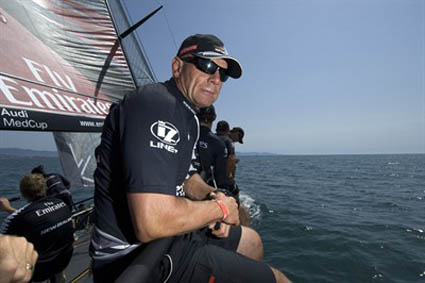 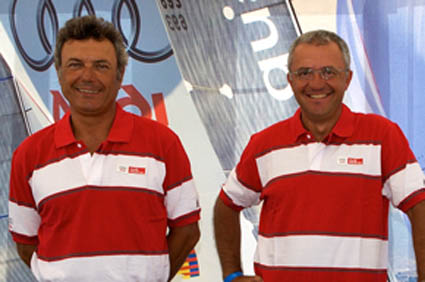 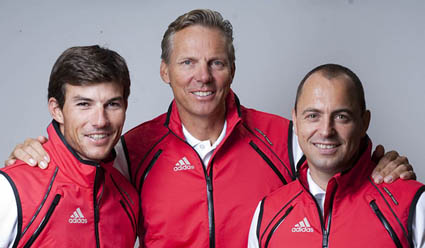