After four days of southerly winds, Saturday’s showdown on Scarlino’s Golfo de Follonica was contested in a NW’ly Mistral direction, presenting a new challenge to the afterguards. Quantum Racing stayed consistent with a second and fourth whilst title rivals Sled had their worst day of the week.

After finishing fifth in the first race of the day, Sled did seem to have resuscitated their title challenge as they lead Quantum Racing on the approach to the windward mark in the second race. But they were then judged to foul Quantum during their tack. And the negative effect of their resulting penalty turns was then exacerbated as they gybed into lighter air and the 2021 champions ended up ninth down the first run.

The Italian victory for Quantum Racing comes after a disappointing fourth placed at the last event in Puerto Portals, Mallorca when charismatic owner-helm DeVos was absent and Hutchinson steered.

Hutchinson grinned,
“To come into the day one point off the lead and stick with it and win you have to give high marks to our whole team. It is good to see that I steered the boat in Portals and got fourth and now every regatta Doug has steered he has won!”

Missing America’s Cup winning mainsail trimmer Warwick Fleury who is reported to be making a good recovery from a health scare, Chris Hosking stepped in to replace the sailor Quantum’s Hutchinson describes as the ‘best mainsail trimmer in the world’, whilst they also missed Rodney Ardern their Cup winning pitman who is very much the central figure in the middle of the boat and Curtis Blewitt did an excellent job too.

“I think everyone on this team feels like it was a really, really hard week. I think the way that the team sailed through the downturn (in Portals) was rewarded by the race win yesterday and a good consistent day to finish on. Obviously the Sled team sailed really well, the Platoon team sailed really well and Phoenix sailed well and everyone had some great days and so the whole fleet has come along so much. It is harder than ever. This feels a well earned win for us for sure.”

While Sled take second place on the Royal Cup podium, Harm Müller Spreer’s Platoon – with new Italian tactician Vasco Vascotto – stole third place today but only by virtue of a tie break with Hasso and Tina Plattner’s Phoenix crew. With their new afterguard line up Platoon started modestly and were eighth overall in the nine boat fleet after the second day of racing. But they finished with a first and second today to underline their red hot potential for the future. Platoon sailed 1,2,7,1,2 in the second half of the regatta.

After joining the team which had been underperforming Vascotto was relieved but very happy:
“We have seen a huge improvement since the first days of the week, in communication and a level of happiness on the boat. The best moment was really after the bad result yesterday I felt like we were a proper team as we got through that bad moment as a team with a good atmosphere. And then today the good results follow on from the ability to take the bad result as a team. First of all at the beginning of the week I was so rusty and the reality is I had to wake up to be good enough. The reality is I had great comms with Jordi Calafat who was one of my heroes when I was 12 years. That was important and we enjoyed sailing together and I think our results can get better and better. Harm is so good driving the boat and with better communications everyone calmed down and we did better.”

At a regatta venue which has been especially dynamic, open and challenging with many place changes each race, seven of the nine teams won races. Platoon and Phoenix finished tied in third and fourth so also did Provezza in fifth and Alegre sixth locked on 46pts. 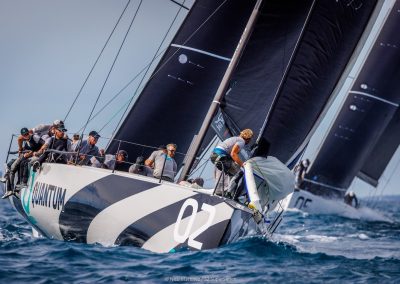 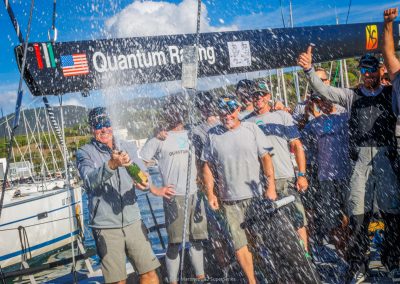 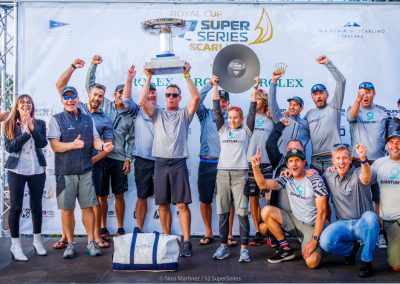 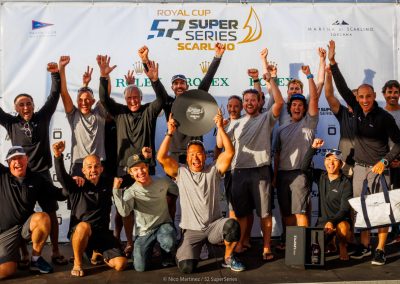 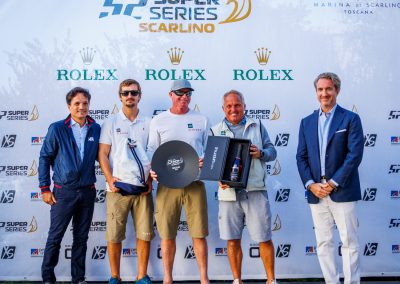 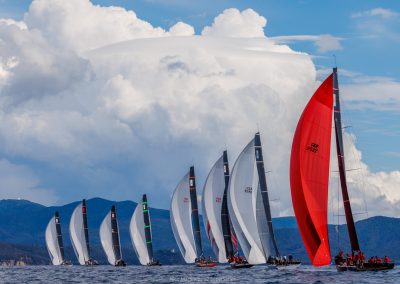 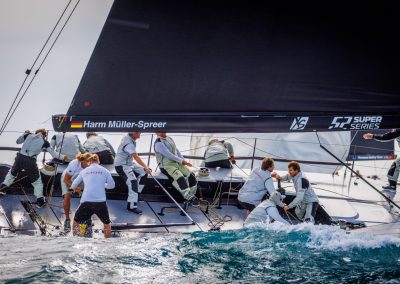 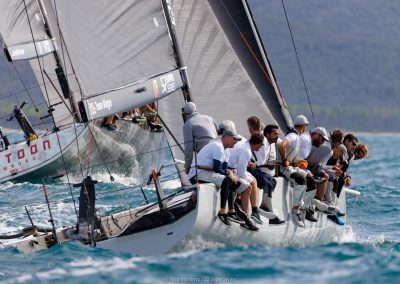 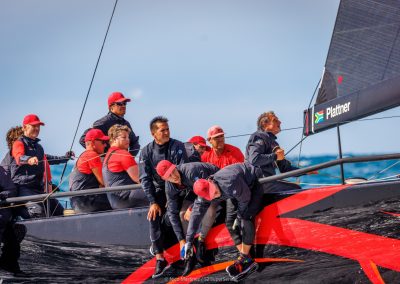 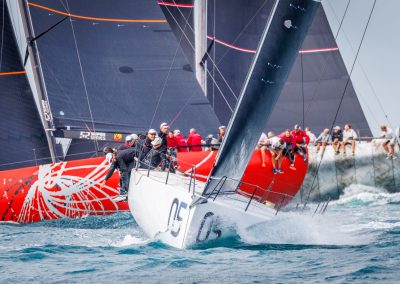 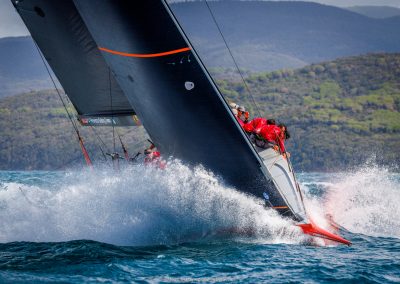 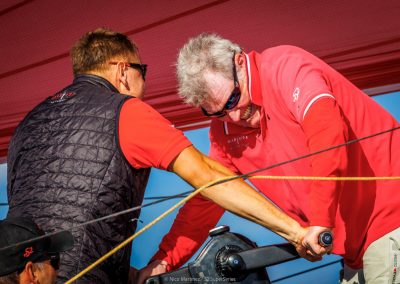 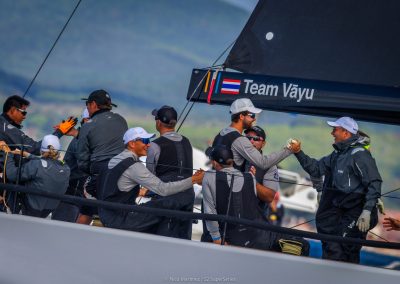 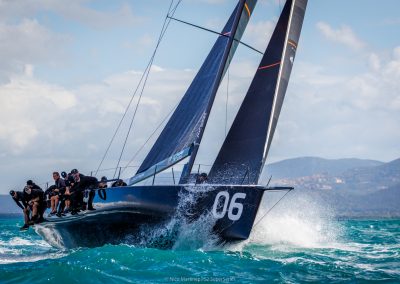 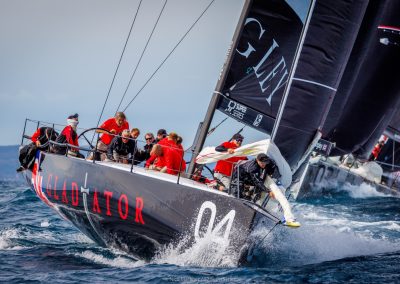 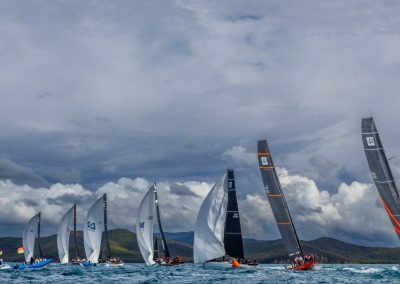 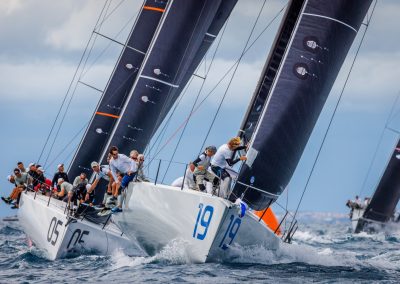 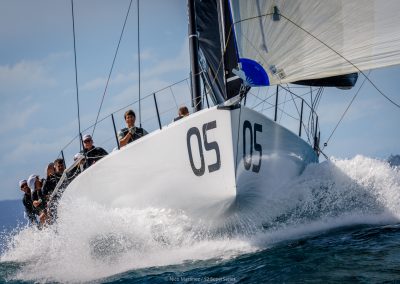 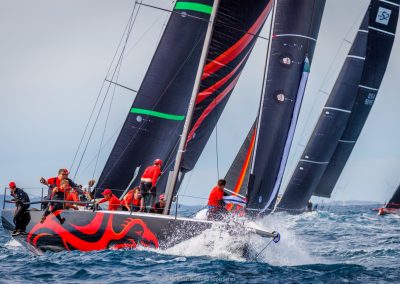 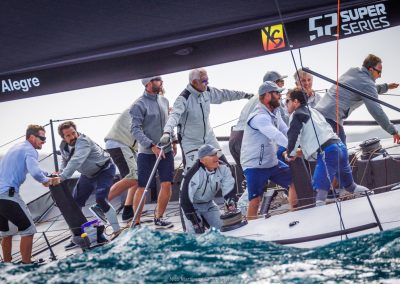 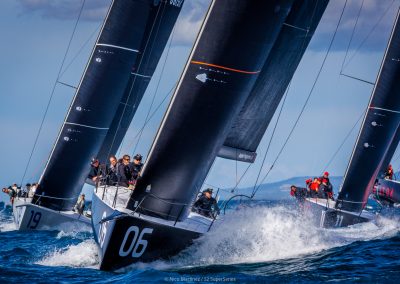 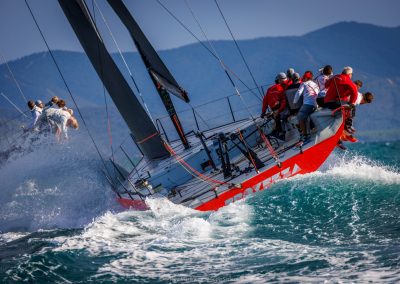 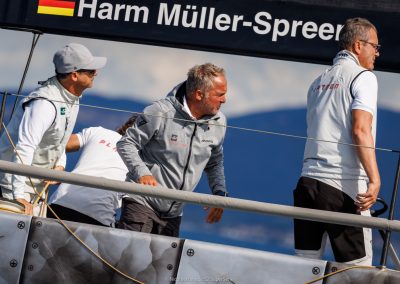 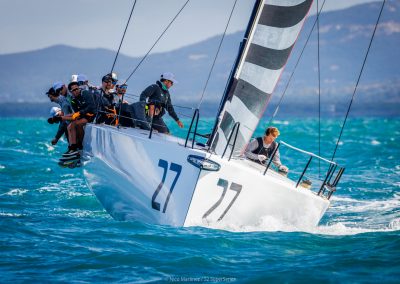