On Sunday 14 August Alberto W.H. Roemmers passed away at the age of 96.

The TP52 Class over the past 20 years foremost was and is a group of passionate boat owners who at some stage in their sailing lives realized the potential of the TP52 and decided to build or buy one to join and support the class racing. Alberto Roemmers joined in 2007, at the height of the Audi MedCup with a Judel Vrolijk designed, King Marine built, TP52 called Matador Siemens. Who would then have thought Alberto and his team would be with us till 2020? As it happened he was, in that period Alberto commissioned 6 new TP52s named Matador or Azzurra (from 2011) and his team was on the MedCup / 52 Super Series overall podium 12 times if we include the one event only year 2020, and won the the 52 Super Series 4 times, as well as the single event in 2020, in Cape Town. His team was the TP52 World Champion in 2009 and 2015.

When the TP52 Class was at its deepest it was Alberto, together with Doug DeVos and Niklas Zennström, who took the class by the hand and the three men lead us by example to what we now know as the 52 Super Series, and another decade of high level racing as well as sporting camaraderie between owners, crews as well as those working at 52 Super Series.

Alberto actually was onboard Matador racing till 2009, so at the age of 83. There is a photo of him hiking, crammed against the pushpit, that I can trace back to that year. From then he would follow the racing from his immaculate Wally Alexia and later via the online options of 52 Super Series. His role onboard then taken at turns by his sons Alberto and Pablo. When at home he would still go out on Lola, a 52ft built in Argentina.

During the MedCup years I was fortunate to sit at Alberto’s table during a number of official dinners. It was pure joy to hear him switch between the many languages he mastered and the many subjects of his passion. Art, sport, travelling, friendships, his family and his business. Good food and wine too, I remember being lectured on non-alcoholic wines once his age and health took him to explore into these.

Alberto sailed since he was kid in Mar de Plata at the Yacht Club Argentino. He owned many yachts but it was not until 1995 that he started to race maxi yachts in international competition. First with the 74 ft Farr design Maximizer, then buying a year later the Reichel Pugh designed maxi Windquest from the DeVos family, which became Alexia. Alexia was extensively optimized to the ILC70 rule in the winter of 1996/97 in Barcelona under supervision of John McConaghy and from there became one of the most successful maxis of her era winning the Middle Sea Race in CHS in 1997, the Bermuda Race Maxi Class in1998, the Trofeo Ermenegildo Zegna in 1999, the Trofeo Conde de Godo in 1999 and first boat around the Fastnet and best boat in class in 1999, Tre Golfi Sailing Week in 2002, the Rolex IMS Offshore World Championship in 2002, the Maxi Yacht Rolex Cup in 2002 and 2004, and the Giraglia Rolex Cup in IMS overall in 2003.

Kind and gentle but also very demanding when it came to performing in competition, Alberto knew how to motivate his team, certainly also when the going was tough. Many sailed onboard his racing boats but the concept was very much that of creating a ‘family’ based on a strong core of sailors from Argentina from early on managed by Guillermo Parada, also the principle helmsman of the team. Once the collaboration with the YCCS resulted in racing under the Azzurra name the crew mix predominantly was Argentinean – Italian.

For sure it is hard to now miss this great husband, father, grandfather, skipper, friend and inspirator, but what a life and what an enormous amount of great memories to look back at!

My and from all involved with the TP52 Class, our sincerest condolences to Hebe, his wife, his sons Alberto, Alejandro and Pablo and their families, his closest friends and all those that raced with Alberto.

Sail on Alberto, we will not forget you. 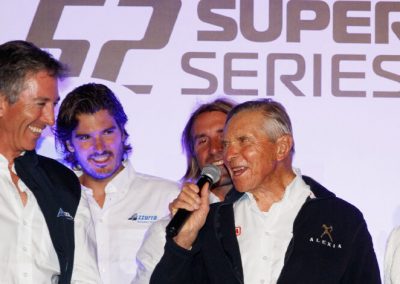 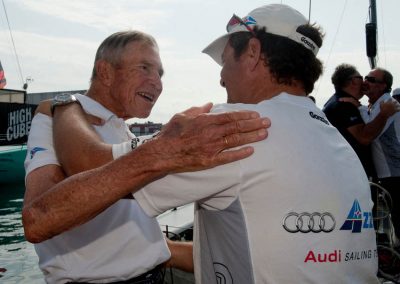 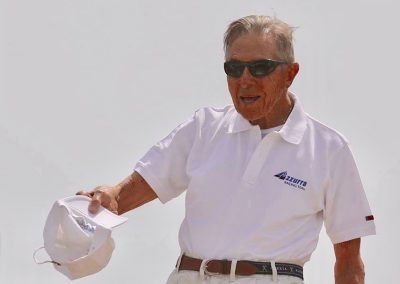