Mark Henry Koetje (Kooch), age 61, passed away in his home on Saturday, March 2, 2019 after more than a year of fighting cancer. Mark grew up in Grand Rapids where he attended Grand Rapids Christian from where he went on to Calvin College. He grew up with many aunts, uncles and cousins at the family compound on Big Pine Island Lake which he later called his home. Mark was passionate about a variety of outdoor activities including, sailing, skiing, ice boating, swimming, and camping. He was lucky enough to be able to take one of his passions -his love of sailing- and make a career of it.

Mark always had an innate interest in weather and discovered a natural feel for the wind. He started racing with the DeVos family in the 1970s, and he’s been sailing with them ever since. When the DeVoses decided to get involved in a new racing fleet, Koetje was a natural choice to add to the team. He’s been with Quantum Racing since the first TP52 MedCup season in 2005.

In his own words describing his relation with the DeVos family and Quantum Racing: “I’m extremely grateful for the sailing experiences I have been afforded by the DeVos family’s generosity and I’m very proud to be a member of this team.” But as TP52 Class Manager I can be less modest and state what so many will agree that Mark was the heart and soul of Quantum Racing.

Mark’s official title was Quantum Racing team manager and from 2013 he also was the president of the board of 52 Super Series. Certainly Mark was the biggest and most loyal fan of Quantum Racing, if it is possible to be a fan as well as heart and soul of a team, and as the team’s rib driver never far away from the action on the water, eating his heart out at the lesser moments pretending to be quietly confident Terry would find a way back to the front and immensely proud at the many highs. From Dutch origin, I could appreciate his directness and great sense of humour, but 100% proud American.

His sailing career led him to meet the love of his life, Kerry, at a regatta in Spain. Quoting his family: “Mark was a devoted father and Bubba, a teacher of many things, and a person constantly on the lookout for the next project. He was an extremely capable man with a heart of gold who also possessed a sensitivity that he wore with pride even when teased. He was fast to make friends and keep them. He touched so many people in so many ways and is leaving behind a legacy that will last forever.”

There are so many who will miss Kooch, my and I am sure the sympathy of all in the TP52 family goes to Mark’s girlfriend Kerry, his family and many friends, especially the DeVos & Quantum Racing family. So many good memories, so many laughs, so many proud moments. Rest in peace Mark. 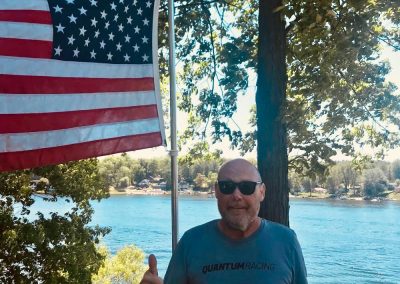 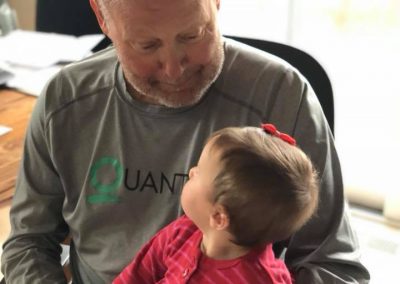 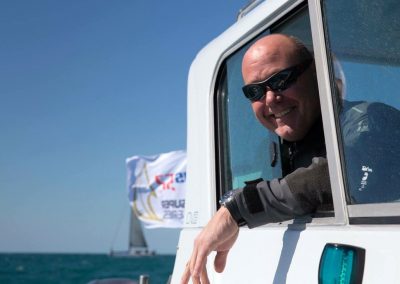 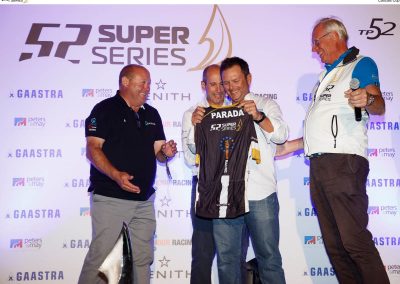 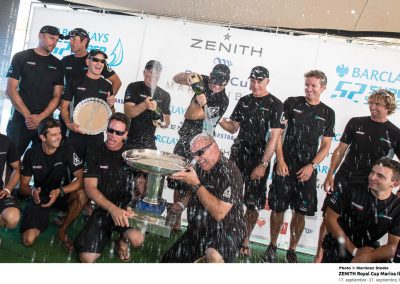 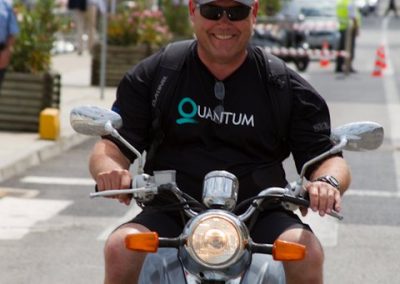 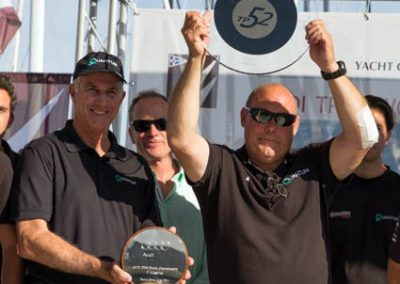 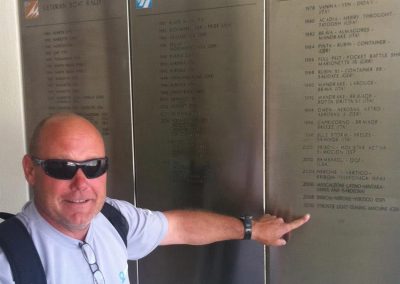