With just over one week before the TP52 class starts racing on nearby Menorca for the first points races of the 2019 52 SUPER SERIES, the 16th Sail Racing PalmaVela has been an intense, no compromise warm-up for the highly competitive, very evenly matched fleet of 10 boats.

Quantum Racing, the 2018 circuit champions, have made five changes to their title winning line-up but proved they are adapting fast and are in much better shape to defend the five regatta series than some might have expected.

With America’s Cup winner Ed Baird back in the skipper-helm role they never finished worse than a couple of fifths to win by six points ahead of Harm Müller-Spreer’s Platoon. The German flagged team struggled with an ill timed port tack approach to the top mark in the second race which resulted in a seventh.

Platoon also had to make a penalty earlier in the event, resulting in a ninth in Race 3. Both errors might be down to pressing the risk factor harder in what is seen by all as a valuable training regatta.

Azzurra, the Roemmers family’s TP52 which races for the Yacht Club Costa Smeralda, finished third overall executing the strongest second half of the podium placed teams, sailing 1,2,3,2 from the last four of the eight races sailed.

Winning skipper-helm Ed Baird was delighted to register the first regatta win of the season but was more pleased that the Quantum Racing team have improved their crew work and executions with each race: “ We made some mistakes here and there but I am excited that everyone on the team is working so hard. It is different with new guys on board. It is about learning communication, timing, just understanding how the person next to you operates is so important during races which are won by a few metres here and there.

I told the guys before the start of sailing today ‘sure we are going to try and win the regatta, that is what we would to like have happen, but to me the success of the week has been to get improve each race. That is not necessarily improving the result each race but that we improved with how we operated and that is the greatest feeling.”

“It is so exciting that a class like this which has been around for a while now is still relevant, we can go out and have these amazing races and all come back having had such a good time.”

But the clearest indications emerging from the four day regatta during which the ten boat TP52 fleet contested eight windward-leeward races are that any one of the top five or six teams here could harbour realistic hopes of winning in Menorca.

Azzurra started modestly but finished strong and confident. Takashi Okura’s Sled delivered a very strong scoreline, two firsts, two seconds and two fourths, but misses a day of racing due to a crew illness which required a medivac before the start of racing on Day 2. The new Bronenosec with owner driver Vladimir Liubomirov showed its pace, Tina Plattner at the helm of Phoenix took two bullets and also owner driver Andy Soriano with his experienced Alegre team produced a confident start of the season. Jean-Jacques Chaubard’s Team Vision Future from Toulon mixed with the Super Series TP52s for the first time recently having  purchased Sled 2015 showing progress during the week. Tony Langley’s Gladiator with Tony in his new role as tactician and Ergin Imre’s Provezza with its new afterguard will have left Palma knowing their is work to do. But so do all. This is not for the faint hearted. 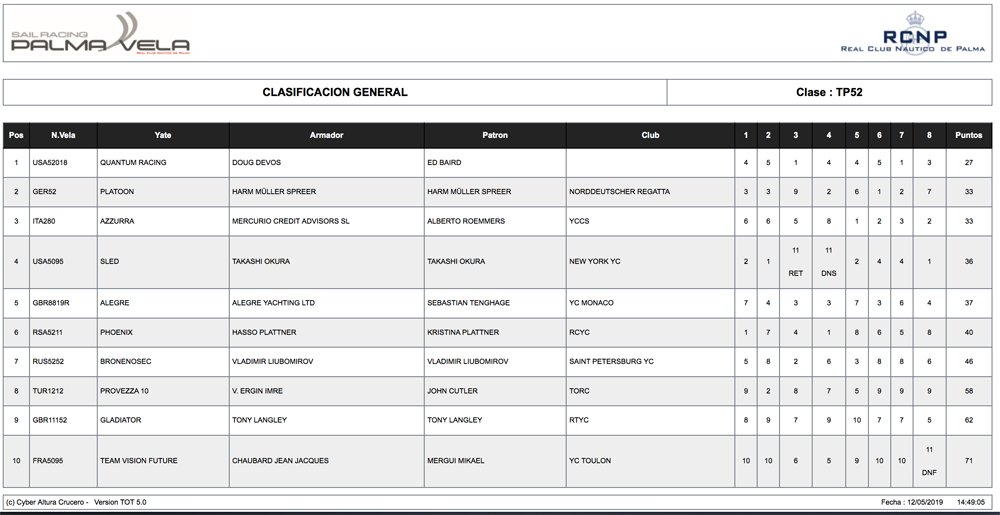 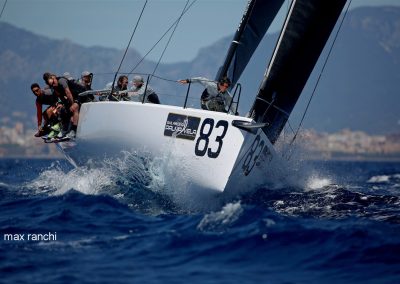 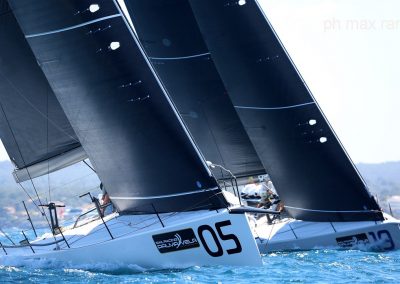 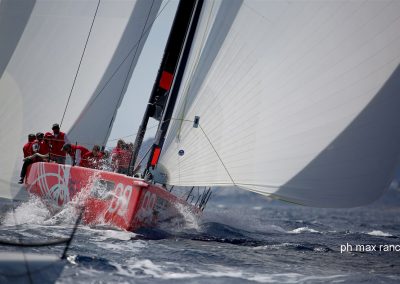 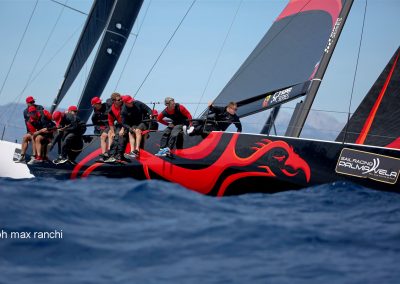 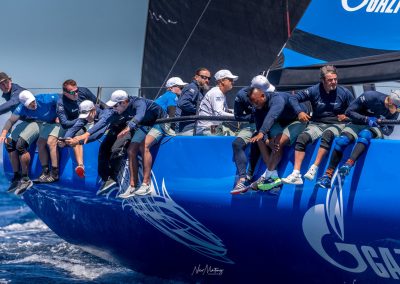