Future of the Box

TP52 Members at the TP52 Class Meeting during the Breitling Cup decided to freeze the Box Limits that are the basis of the TP52 Rule for the years 2009 and 2010.

The timing of the decision is crucial to current members and newcomers to the TP52 Class that plan to build new boats for 2009. At the moment a number of new builds between 7 and 10 is buzzing around on the docks.

MedCup will announce its 2009 planning the coming week. A 5 events series to be held in 4 countries is planned.

Besides some decisions on details, aimed at cleaning up the Rule, it was further decided to:

– Replace the cumbersome IMS based measurement procedure by taking tape measurements and loadcell weights only.

– Introduce the ISO standard and require Plan Approval from 2010.

– A complete revision of the Box for 2011. A technical working party shall be formed to produce the “TP52 for the next decade” during 2009. That scedule allows the first boats to be build to the new Box during 2010, for introduction during Key West 2011, etc.

Those interested in the exact details of the decisions and the planning for 2009 and further, please contact the Class Manager. 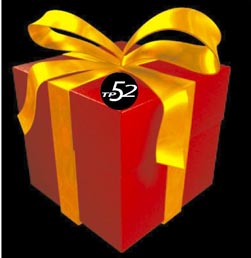 Back
← Hot, breeze takes a break Three Dogs, One Bone →