Hooligan Come Out On Top At Hamilton

The final outcome in Audi IRC Australian Championship Class A came down to today’s Molles Islands race and a victory was enough for a big comeback from fourth this morning to first by one point as Audi Hamilton Island Race Week closed in dramatic style.

“We set ourselves the goal of back-to-back wins and to win the Audi Championship again,” said a beaming Blackmore on the dock before he, crewman Don Cowie and tactician Stu Bannatyne took a cooling unplanned dip.

“There are probably three of the best TP52s in the world here, it’s been fantastic sailing. In the end it’s about where you finish on the last day. Black Jack took nearly half the race to get us back after a poor start. We learnt the importance of a good start early in the week, you’ve got to be persistent and never give up.”

As well as the crew that nailed today’s win, Blackmore paid tribute to “the three guys we threw off the boat today to lighten it up”. With no more than 12 knots of ESW breeze on the instruments, minimal crew was an important part of the game plan.

Eight of Hooligan’s crew were on board for last year’s win.

Hooligan began the week slowly but came home strong, finishing with 24.5 points after nine races and seven days of intense duelling with the red hot 50 foot fleet. The steam vent on the pressure cooker didn’t release until the results were posted this afternoon, Hooligan had finished one point ahead of Shogun V, which has sailed an incredibly classy and consistent series.

“So close, yet so far,” said a dejected Steve McConaghy, helmsman and tactician on Shogun V. “We gave it every opportunity; Hooligan kept us honest. We broke the outhaul three miles from the finish today and we couldn’t hold onto them, they are a talented team and you can never write them off. It was such a good regatta, by far the hardest I’ve done.”

A thick fog settled over Dent Passage this morning delaying the start. The pea soup came and went allowing divisions to peel off in a northerly direction into the mist. By late morning the warm Queensland sun had burnt off the last of the fog, the perfect finish to an outstanding regatta.

Going into today’s race in pole position, Black Jack’s Peter Harburg was praised by his contemporaries. “Talk about perseverance,” said Gavin Brady, America’s Cup sailor and helmsman this week on Yendys. “Peter’s one of those owners that keeps coming back. He keeps investing in his boat and now he’s shown Black Jack is one of the best IRC boats in the world.”

The standout feature of the IRC fleet was the sizzling match up among the five TP52s and the great energy between the crews of these 52 footers, which are gathering momentum in Australia like they have done in Europe.

Building on the impetus of a growing fleet, Marcus Blackmore says the Australian TP52 Association is planning three east coast events next year. 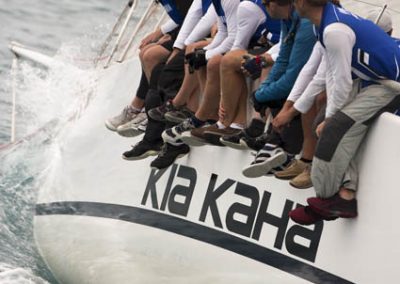 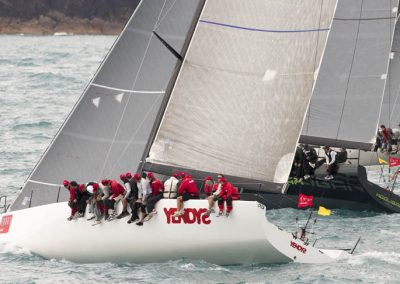 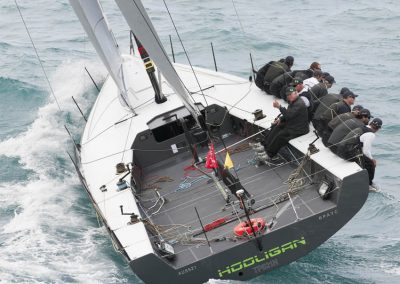 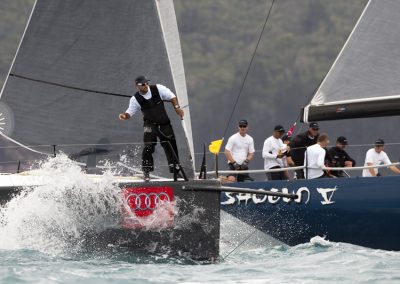 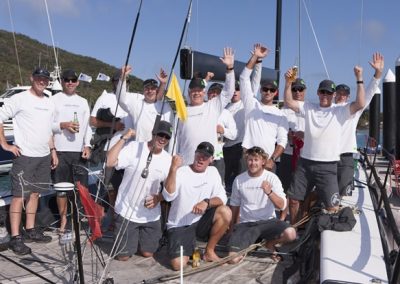 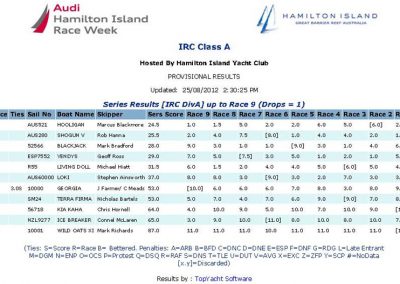