Audi All4One claims victory in their debut Copa del Rey after a nail-biting final day’s racing at Palma, Mallorca on Saturday that resulted in a long awaited regatta win for their Olympic and America’s Cup champion tactician Jordi Calafat.

Palma born Calafat, 44, said winning the Copa del Rey, the largest regatta in the Mediterranean, had been an ambition of his since he first competed about a quarter of a century ago in a one tonner.

“We always like to win regattas no matter what, but I’ve been trying to win this for more than 20 years, I’ve always finished second,” he said. “This is a regatta in my home-waters, so it is very special to me.”

The six-day regatta came down to the wire with Audi Sailing Team powered by All4One and Audi Azzurra Sailing Team going into the final day’s IRC1 racing tied on 18 points, with Azzurra holding the lead on count back.

Azzurra looked poised to claim victory after the opening race of the day when they finished third, two places clear of All4One, and edged to a two-point lead with one race remaining.

The pair matched each other tack-for-tack off the start line before their fates were sealed when they raced to opposing sides of the Palma Bay race-course.

A major wind shift favoured All4One and the team rounded the first windward mark in second place, while Azzurra struggled in an uncharacteristic ninth position.

With the overall regatta win on the line, All4One skipper Jochen Schüemann and his trusted tactician Calafat used the best of their combined Olympic and America’s Cup winning knowledge to jump to the lead and claim a win.

“The most important part of this success is it is for Jordi, we did him a great favour to win this after so many years,” Schüemann said, just minutes after his crew showed him with celebratory beers on the dock at Real Club de Náutico.

“This means a lot to our team, too. We sailed well this week, now we celebrate.”

Azzurra gallantly fought back to fourth place, but it wasn’t enough to protect the team’s lead, leaving them in second overall with 25 points, to All4One’s 24.

Tactician Vasco Vascotto said it was disappointing to lose the regatta given the strong position they were in going into the final race.

“It is not bad, but it is not good,’’ he said. “We were leading after the first race, and we were leading in the start of the second race, but we had a misunderstanding on board.

“We didn’t follow All4One as we were supposed to, then we found our boat on the left and they were on the right. That cost us the regatta.”

Gladiator rounded out the podium places, claiming their first podium finish in this their third Copa del Rey. The team cemented their achievement by claiming victory in the first race of the day.

Owner/skipper Tony Langley said scoring that win took the pressure off and allowed the team to continue to race with consistency.

“It was a very tough fleet and a top competition,’’ he said. “We only had a two and a half point lead going into today, but we were able to sail our own race.

“We won the first race, which took the pressure off, and we just took it from there. We’ve got to be happy with that.”

The 52s dominated the IRC 1 division, claiming the top six positions. PowerPlay finished fourth, 37.5, ahead of Paprec Recylage in fifth, 41, and Provezza 7 in sixth, 46.

About 119 yachts competed across seven divisions in the 31st Copa del Rey, with eight 52s competing in the 13-strong IRC 1 fleet. 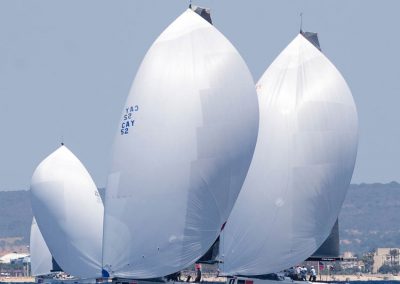 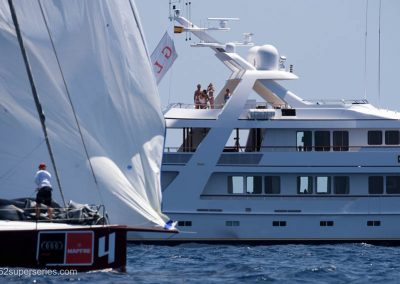 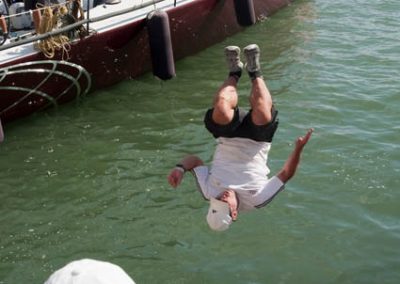 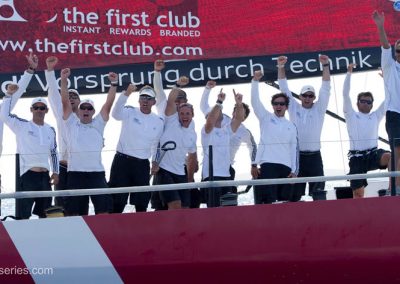 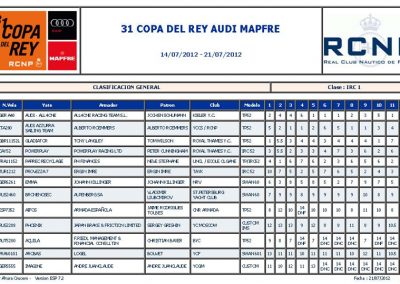 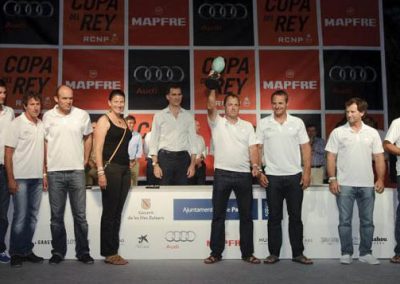 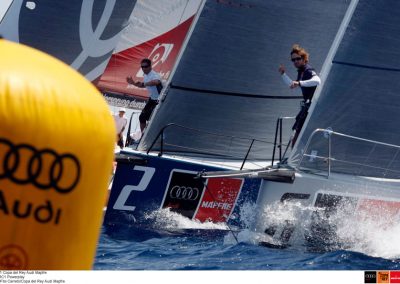 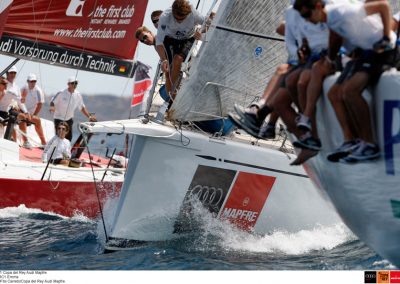 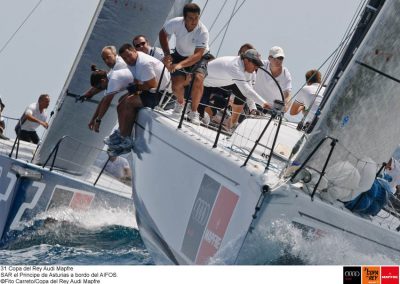 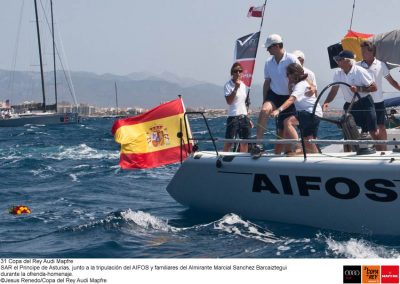 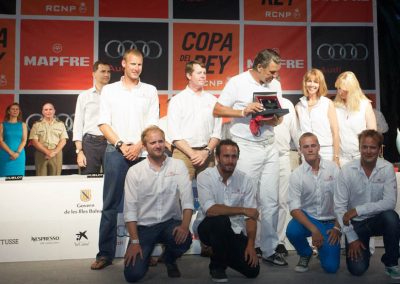 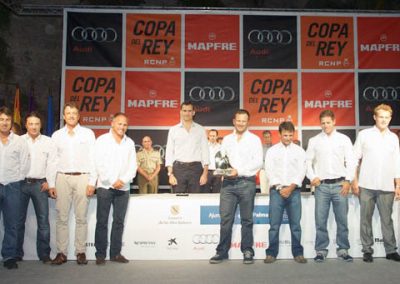