Hooligan Does It Again

Four races were sailed off Sydney heads today as part of the Audi Sydney Harbour Regatta, which serves as round two in the four event Championship Series.

The bigger boats,Bob Oatley’s Wild Oats X and Stephen Ainsworth’s Loki, duelled on the race course all day with Loki beating Wild Oats X over the finish line by a mere second in the first race as Wild Oats X struggled with a spinnaker problem.

However, Hooligan’s consistency has again paid dividends. Blackmore and his crew have finished third over the line in two races and fourth in the final race of the day. As the Championship relies on the boat’s corrected time on handicap to award points, this continuously solid performance puts Hooligan in first place in Class A. Of the 13 races Hooligan has sailed over two rounds in the Championship Series, the boat has won 9 races on corrected time.

Marcus Blackmore was pleased with Hooligan’s performance over two days of varying conditions.

“We just take each race one day at a time, there’s no overall game plan and in comparison to the other boats we’re quicker in the heavy air,” said Blackmore.

“Loki had a late run at us and they do a lot better in the lighter air.”

“Or maybe our driver’s not as good on the tiller in the lighter air, maybe I need some more lessons,” laughed Blackmore. 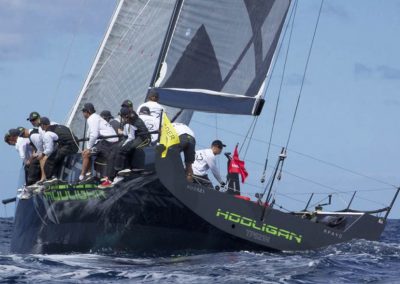 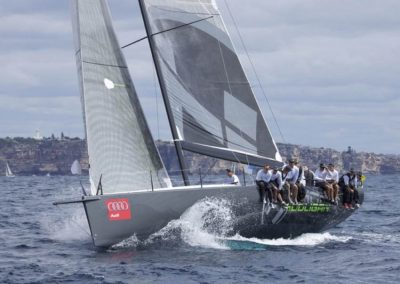 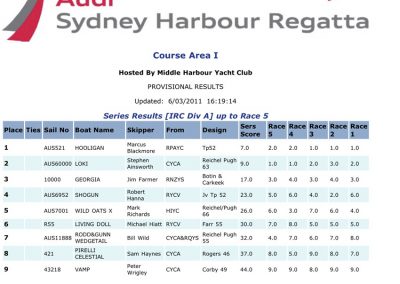