Former Queenslander Marcus Blackmore fulfilled a lifetime ambition when he steered the exciting TP52 Hooligan to victory in the 2011 QantasLink Brisbane to Gladstone race.

Hooligan was cleverly sailed completing the testing 308 n/ml race in 1 day 8 hours 52 minutes 31 seconds at an average speed of 9.37 knots.

The speed sailing performance ultimately allowed both skipper and crew to retain a perfect score from major events in Victoria and, New South Wales before outpacing the fleet to win Queensland’s major blue water classic over the Easter weekend.

Skipper Marcus Blackmore was impressed with the result explaining his re-entry into major class offshore races has been well planned.

“First I knew the yacht I needed to buy and placed a deposit on the Emirates Team New Zealand TP52 which was a good start.”

“Thankfully we have a good crew and this success has come about because of a combined team effort”.

“Each and every one of them from our 16 year old trainee Max Voss to multiple Olympian Colin Beashe contributed to our result”.
A happy Marcus Blackmore said.

However the successful skipper spent some anxious moments pacing the dock earlier today as he monitored the progress of the 1964 race winner Pagan who posed a threat when the trade winds propelled her on a wave riding spinnaker sail across the top of Hervey Bay.
But Pagan ran out of time leaving the Hooligan crew to claim a popular win 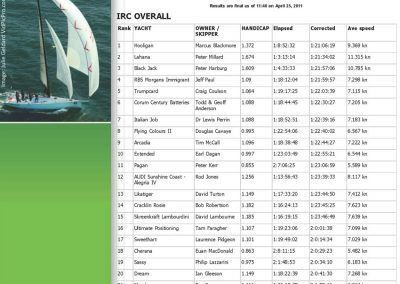 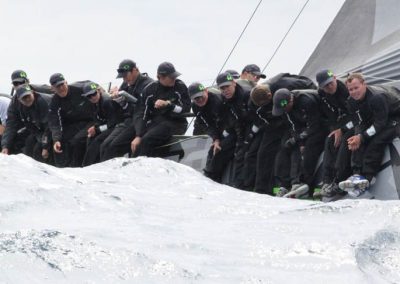 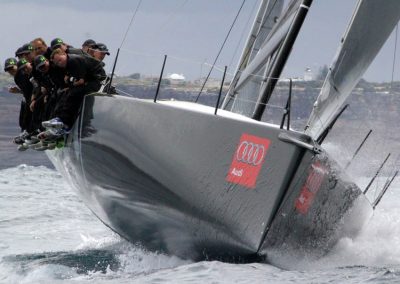