Paramount Park (who ?) Take The Lead

Another light day and the wind arriving late to the azzurra waters of Porto Cervo saw only one race completed on day 2 of the AUDI TP52 World Championship.

It was not a stroll in the park, but the wind kicked up to 10 knots, so it was proper racing.

It was Paramount Park that made it look like  a stroll.

Followed by RAN, this time finding a good lane from the start and not giving its position away anymore.

Ahead of Quantum, 3rd overall.

Looks like the weather will slowly build up during thursday to friday’s rock and roll day, so don’t count the Audie’s out yet. But Azzurra with her OCS was not doing herself a favour today. 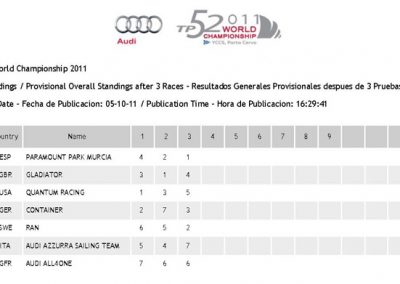 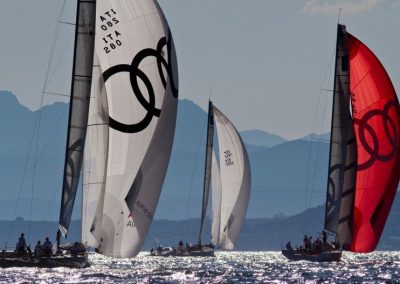 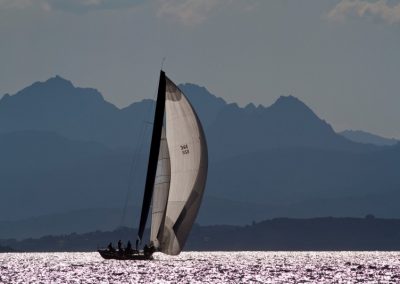 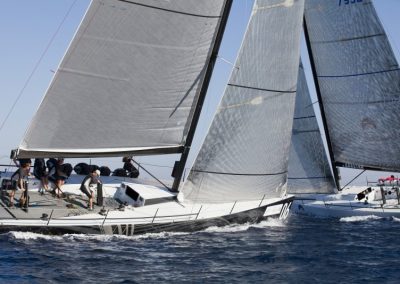 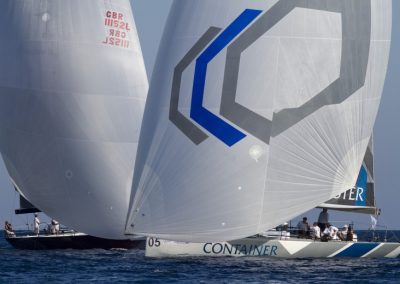