Owner Driver Tony Langley and his team, amongst which tactician Chris Larsson, were on fire the first day of the 2011 Audi TP52 World Championship, only matched in overall results by defending champion Quantum in the light 6 to 9 knots conditions.

Adrian Stead (GBR) tactician Quantum Racing (USA)
“I think we saw eight knots at the most at one point. But as our coach Francesco de Angelis said it was like a road full of potholes. We had a reasonable first race which was good but the second race we had to fight hard off the start line, we were definitely on the back foot. But we got the top end of the first beat just right and that kept us in the money.”

Nacho Postigo (ESP), navigator Gladiator (GBR):
“I think we did three things very well. The first thing was starting with good speed and clear and on the line. The second one Chris was really inspired where to go, pretty much all the time, and then the third thing is we were fast which has a lot to do with the design of the boat and Tony is doing a very good job. It is only day 1 and things will surely change, but we are very happy with ourselves.”

Tony Langley (GBR) owner-helm Gladiator (GBR):
“ We were delighted with the third and really were not expecting a bullet in the second. We had a very good start in the second race. It was so important today. The last race was get a good start, lead around the windward mark and then extend. I have not spent much time racing here, but have been here a bit. I daren’t even think about wishing to win a race here, far less even considering winning a world championship, we take every race as it comes. We are OK in 10-15kts but sub 10kts is usually difficult for me.”

Ross MacDonald (CAN) , tactician, Paramount Park Murcia (ESP)
“ A very tricky day really with light winds and it was very difficult to see the wind on the water so credit to the team on Gladiator, they did a really nice job and seemed to always be in the right spot. As for us, we’re happy with how we went, it could’ve gone a little better. Tactically we made some mistakes in the first race but we’ll see how we go tomorrow.”

Guillermo Parada (ARG) skipper-helm Audi Azzurra Sailing Team (ITA):
“ It was pretty good conditions, the wind was very light and we defend in the best possible way, but with these conditions our boat suffers a lot. Our target was to close the day in the best way, and we’ll keep working in the same way hoping to have more wind in the next days to start to attack.” 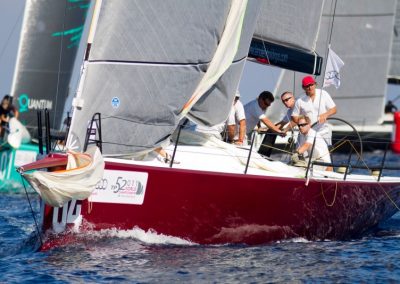 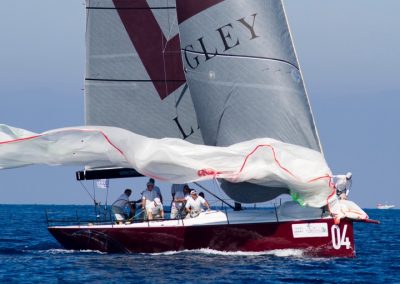 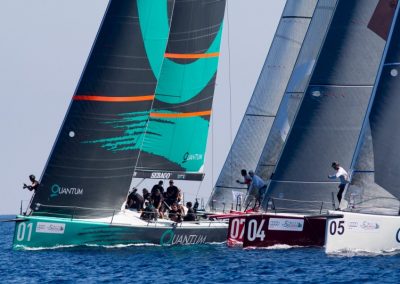 Back
← RAN and QUANTUM CONGRATULATIONS Paramount Park (who ?) Take The Lead →