Marine Sam Alexander, 28, was killed in a bomb blast in Helmand last Friday.

He leaves his wife, Claire, and their ten-month-old son Leo.

Was my son’s death in Afghanistan a price worth paying?

The call, when it comes, is so stunning that everything goes numb and you shake. But the call, at 6.15pm going into a bank holiday weekend, is not a shock. It is the devastating realisation of all the worries and fears that gnaw at everyone, day and night, who has family, friends and colleagues in a theatre of war.

The other gnawing internal conflict for those same people, who support their loved ones 100 per cent in the job they are being asked to do, is that they may not be quite so enthusiastic about the policy which sends them there.

My son Sam, at 28, married to Claire with a son Leo, is dead. He was hoping to be given brief leave to be at Leo’s first birthday, on 21 July, to see him take his first steps. An improvised explosive device has put paid to that, as it has for his lieutenant, Ollie Augustin. The last time Sam was written up in this newspaper he had taken a bullet through his helmet but escaped injury after leading a defensive firefight that allowed his shot and injured troop leader to be dragged to safety.

Among the comments added by readers online were some very mean-spirited, even sneering criticisms. The Queen awarded him a Military Cross at Windsor Castle. He came home, the baby was born, and then the pre-theatre training for his second tour kicked in.

At the same time, and especially recently, there have been two sustained public relations campaigns. One says that we (Nato/Britain) are succeeding militarily. The other says that we cannot win this thing militarily and that talking with the enemy must be stepped up. Plans for withdrawal are being worked on continuously.

Is that a kind of facing both ways at once, the accusation so recently lodged against Pakistan by a finger-wagging David Cameron? How motivating is it if a stream of analysts say this is an unwinnable war, pointing out that Afghanistan has witnessed more than 100 years of failed interventions?

What is sure is that the deaths of these two Royal Marines from 42 Commando Group brought the total cost in lives for this campaign up to 368; one of those made me, for a while, the subject of that bland reference which is Ministry of Defence speak: “The family has been informed”. Informed. What does the public really know? Are we winning the fight for democracy in Afghanistan, or is that country just a loose federation of fiefdoms, often still run by warlords?

Who or what are the Taliban? From what I have been told, this was not a ragbag peasant army. The most likely opponent, often very highly trained, could be Iranian, Chechen or Pakistani, not Afghans. So what does that do for the argument that, by waging war in Afghanistan, we are protecting Britain from a 9/11 or a Mumbai terrorist attack? Where does 7/7 fit into that? How much is the enemy already within?

Nothing should be taken away from Sam or the other 367, or the thousands more with life-changing injuries. But one thing for sure is that these guys and women are fighting primarily for each other in the most professional way. And there is much more emphasis on the ground, though not always in war reports, on forging links with the local community.

But Nato, when the Afghan public opinion chips are down, is not wanted. What we see as liberation is too often seen by them as occupation – and, if they listen to their own history, it is only a matter of time before Afghan life is restored. The average farmer struggles to survive and is certainly not a beneficiary of the reported $1bn of aid funding that has quietly disappeared.

Sam’s life has not been wasted, because he was so damned good at what he did. The testimony from that most valuable of analysts, his own peer group, was alpha plus for him, humbling for me. My respect for him far outweighed any pride.

But, God knows, I loved you Sam and always will. And, if a faraway nondescript patch of rock and dust has claimed your flesh and blood, it can never claim your spirit, never destroy the bonds we had.

It is time the politicians were as professional as the men, including you, and the women they send to their deaths. 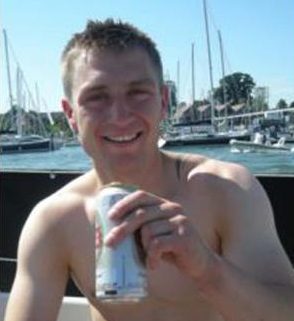