The Rolex Sydney-Hobart race fleet leaders stalled and stopped in calms off the far south coast of New South Wales earlier today. The smaller boats came up on a developing coastal sea breeze while the maxi leaders and 50-60-footers were stuck inshore this morning, trying to struggle around Green Cape and Gabo Island at the entrance to Bass Strait.

Roger Badham, who provides pre-race weather predictions to many top boats in the fleet, says: “The big guys will have some running in Bass Strait this afternoon, but there are still a lot of potholes between that and the finish,” Badham said. “Anyone of the three could finish first.”

A little known yacht named St Jude is leading the Rolex Sydney Hobart Yacht Race on handicap late this afternoon; the Sydney 47 owned by Noel Cornish contested the race for the first time last year and was not expected to be at the front end of the star studded fleet.

While last year’s overall winner Quest, a TP 52 owned and skippered by Bob Steel, who was recently awarded the Cruising Yacht Club of Australia’s Ocean Racer of the Year title, is struggling in 57th place and famous names such as Syd Fischer and his Ragamuffin (NSW) are in 53rd overall. The smaller and lesser known yachts are making the best of the light and fickle conditions the weather gods have dished up – and they are basking in the glory.

Over 300 miles to go still for the medium sized boats, so anything can happen…

In the end the smaller boats profited from the conditions and got the top 3 places in IRC overall:

The TP52’s competing did okay in IRC 1. Shogun and Ragamuffin only had to bow for Ran: 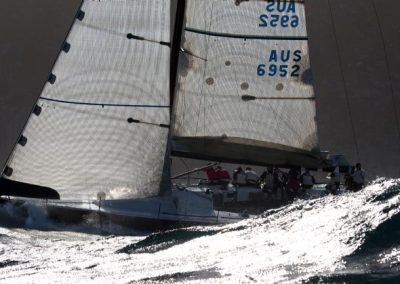 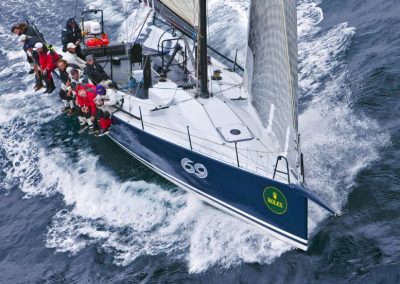