Four times overall champions since the circuit started in Barcelona in May 2012 Quantum Racing managed to impose themselves as the circuit visited the rugged Atlantic coast of Galicia on the north west corner of Spain, responding best to the challenges and demands of a completely new, dynamic race course area.
The picturesque Ría de Vigo served up a welcome variety of wind conditions, from seven to 24 knots over the eight races which were contested. The first four days were sailed in northerly winds but today’s showdown finale for the first time encountered a demanding SW’ly sea breeze.
With a hard won second place behind Andy Soriano’s Alegre in Race 8 Quantum Racing may have secured the Baiona regatta title by seven points but there were some distinctly nervous moments when a Race 9 was started in a gentle breeze and the champions elect were judged to be over the start line early.
Rounding the top mark in ninth with Phoenix first it looked like the regatta leaders had snatched defeat from the jaws of victory until the race was abandoned in the fading, wildly shifting breeze.
The American flagged team, which many consider to be the enduring benchmark operation over the ten year history of the circuit, actually record their first regatta win since Cascais in 2019 and tactician Terry Hutchinson’s first TP52 regatta win since 2018. With three wins and two seconds in their aggregate tally of 19 points from the eight races Quantum Racing are clearly in excellent shape in terms of both boat speed and crew work.

A relieved but visibly delighted Terry Hutchinson tactician on the victorious crew:

“It is awesome to win. But the exciting part is that we have so much room to get better. There are mental mistakes made, like that last one. We did not need it, we were starting loose to leeward and the last thing we needed was to do that. But these are things that will make us better. While it was self-imposed it is a sign of the team on board that we bounced back and we are not going to let that moment mar the success of the week. There is a lot of racing ahead of us now this season and this fleet is really, really good.”

Harm Müller Spreer’s Platoon remain their super consistent selves but count two fifth places in their scoreline and did not manage to make the top two often enough to really challenge Quantum Racing. They finished just one point ahead of Tom Slingsby and a very strong Phoenix team who were harmed by one bad 14pts day.

Victor Marino, Platoon’s runners controller who is from Baiona, commented:

“Second is a good result even if it does not always feel like that because we always want to win. But Quantum really sailed super strong. To be in the top three in this fleet and if we could be in the top three at every event this season we would surely be in with a shot at the title. The conditions have been perfect, the race area was super open, options for everyone. I think it is a place we will come back to.”

And Slingsby was sanguine at their third but is looking forwards to next month’s Rolex TP52 World Championships in Cascais:

“Unfortunately we made a few too many mistakes on one day and that compromised us in the end. We lost a lot of points on that day but overall I am happy with the way we sailed on four of the five days. But we showed we are in the hunt. This is a beautiful venue but the race course is tough. You have to keep your wits about you. Sometimes the corners worked, sometimes the middle worked. It was a very challenging race course. But hopefully we will be back here soon.” 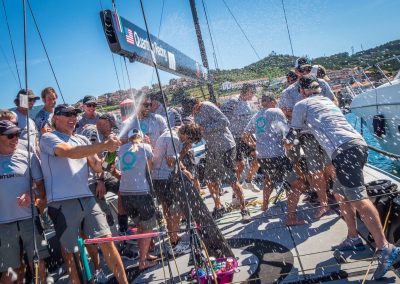 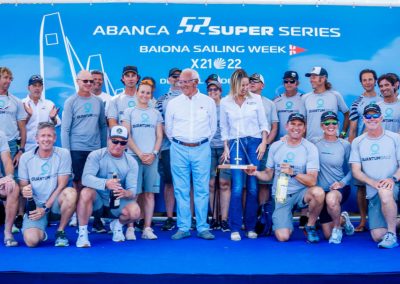 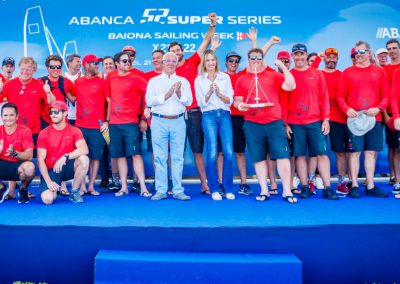 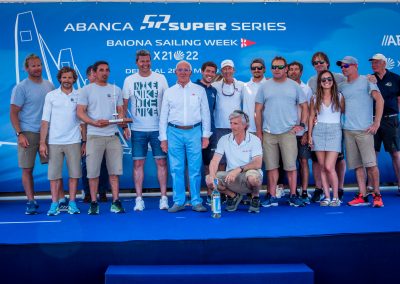 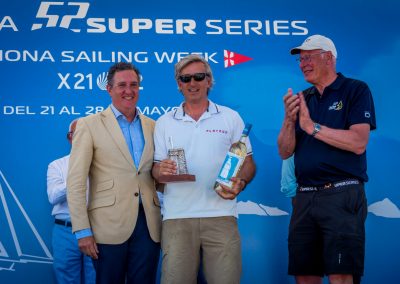 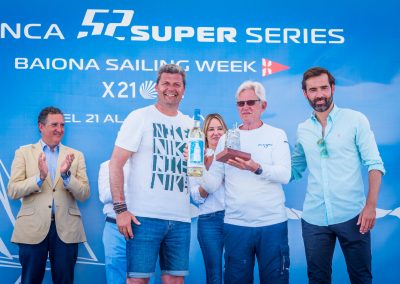 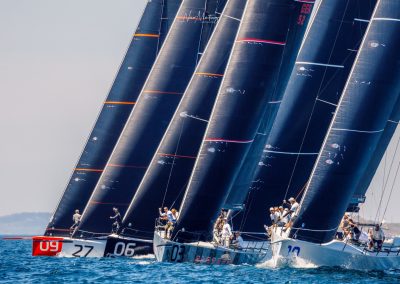 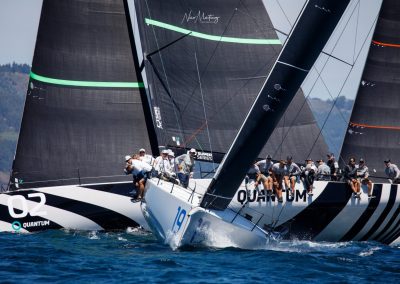 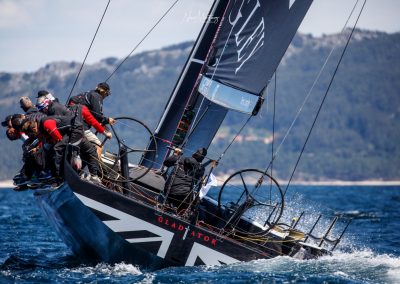 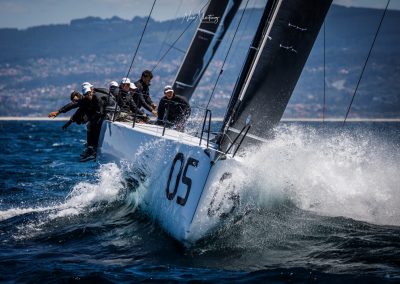 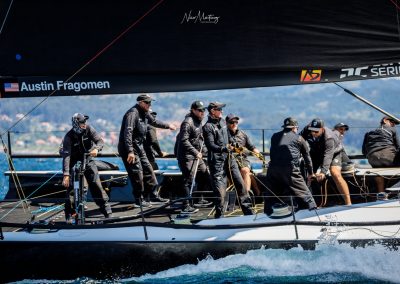 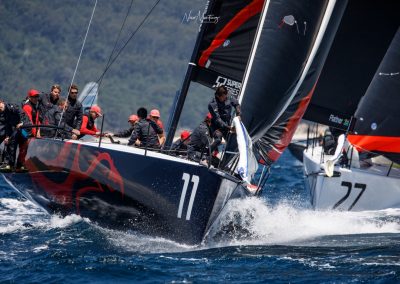 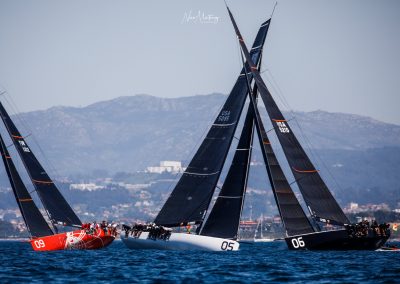 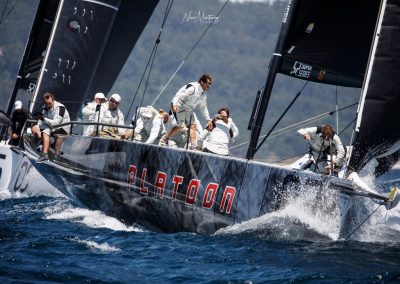 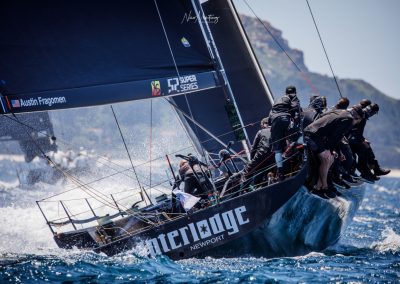 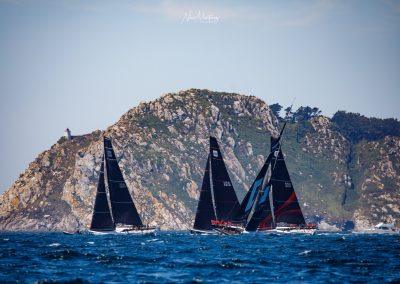 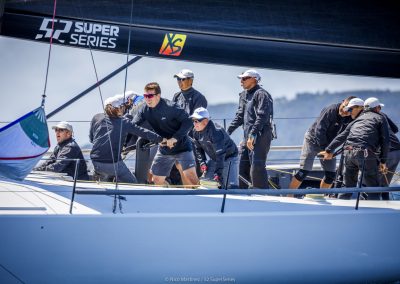 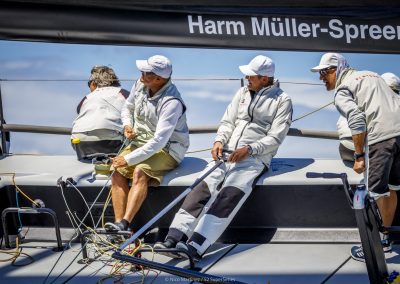 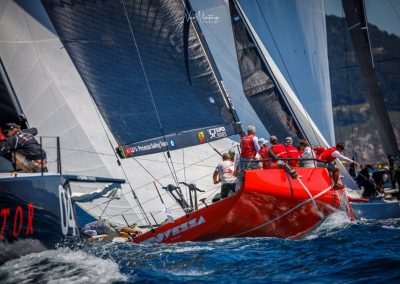 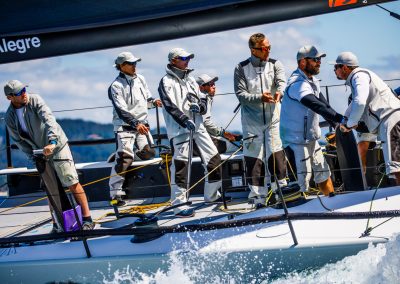 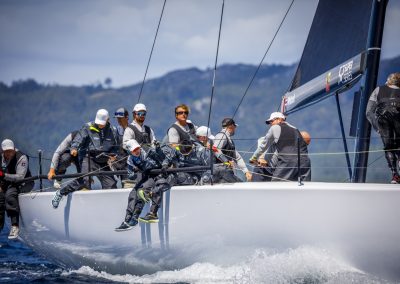 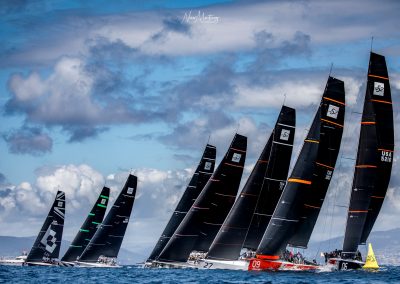