Cascais remains one of the most rewarding venues for the Quantum Racing team as Doug DeVos’ US flagged crew today lifted the 2022 Rolex TP52 World Championship  title, their third back-to back regatta win on the Atlantic waters off the Portuguese coast.

And while it is the Quantum Racing’s fourth world title achieved during the ten year history of the 52 SUPER SERIES, and their second ‘worlds’ win in Cascais, this 2022 championship is special to tactician Terry Hutchinson and the whole crew as it is the first won with talismanic owner-driver DeVos on the helm.

After four days of precision positioning and taxing tactics on an unusually – for Cascais – open, light winds race arena, finally the NW’ly trade winds came pumping down the race track at 20-22 knots and the surf built to offer the brisk racing conditions which are so sought after by the nine boat fleet.

Quantum Racing started the day with a three points lead over nearest rivals, Harm Müller-Spreer’s Platoon. And while the German team started better in both races and seemed set to take the fight to the Americans, each times the new champions prevailed. On the first upwind they broke Platoon’s cover and went on to win while Platoon were penalized for a rules infringement.

On the second breezy windward-leeward Quantum Racing were ahead after a scrappy first upwind saw both title challengers deep at the first turn. But from that point onwards Quantum Racing just need to cover their rivals to win– as victorious, champagne soaked tactician Hutchinson smiled on the dock in Cascais by,  ‘keeping ourselves between the man and the hoop’.

Quantum Racing win by seven points ahead of Platoon and eight ahead of Andy Soriano’s on-song Alegre, which had a solid week finishing strongly to end up on the podium, as they also did at the 2018 Rolex TP52 World Championship on these waters when Quantum Racing also triumphed. The champions’ margin is a meaningful one given how incredibly close this class is at the moment, but wins and losses – especially upwind – were often down to metres, or fractions of a metre.

Hutchinson said:
“The entire event was close. You take the good with the bad. It’s ironic today as the previous four days we started really well and today we didn’t start so well. We were a bit conservative. It’s hard here as we all have right on the brain but its how you get there that’s the tricky part. I give Alegre and Platoon high marks there. We won our last world championship here in Cascais so it’s getting pretty special for us. The neat thing about this championship we’ve won with Doug on the boat – to be able to share this with him is awesome.”

Platoon’s trimmer Ross Halcrow paid a warm tribute to the new champions who succeed Sled who won in Palma last year:
“The Quantum team deserved to win, they sailed a really good regatta, they were solid all day every day and we got a couple of breaks to stay in the game. We could have sailed better. It was close today we came off the start lines both times looking pretty good. We tacked across them and they got two shifts and were right there. It has been a fun week to have really mixed up conditions!”

Francesco Mongelli, navigator on third placed Alegre, was pleased with their week:
“I think it is now not unusual to have big ups and downs in this fleet but we had a consistent day today to finish third, one place behind second. And so we are happy with that but ready to prepare for the next event in Puerto Portals and keep getting better.” 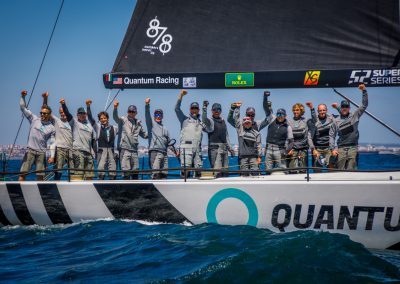 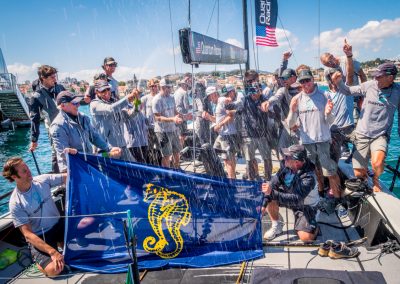 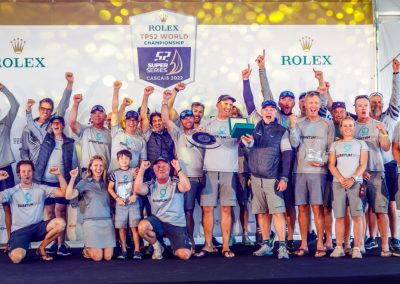 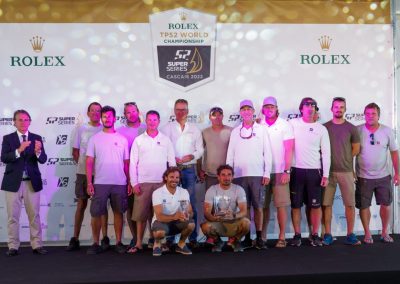 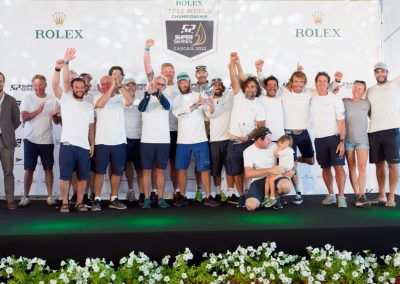 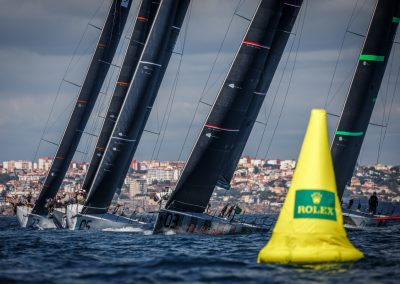 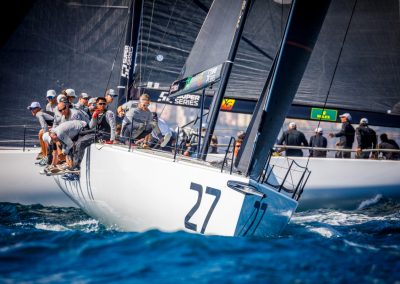 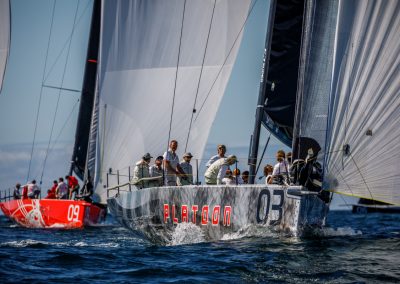 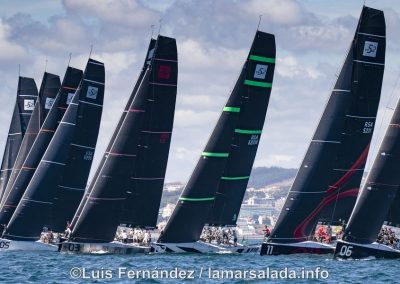 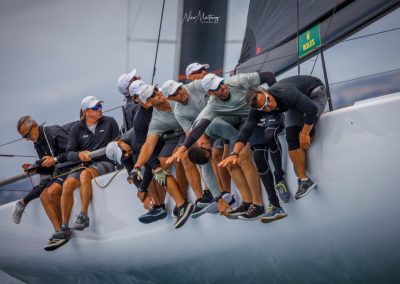 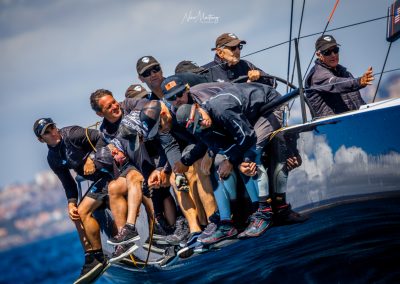 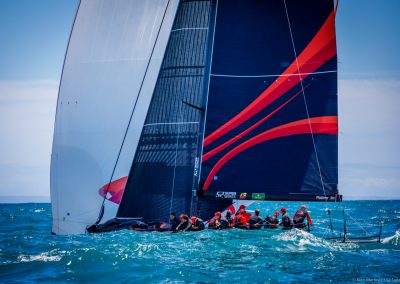 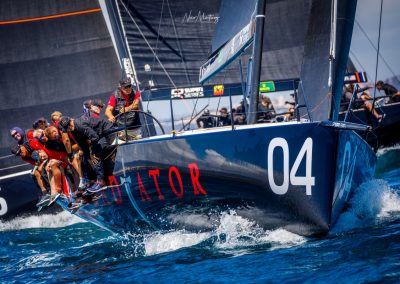 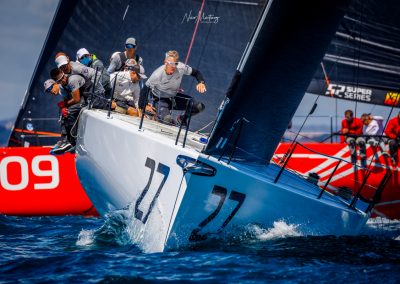 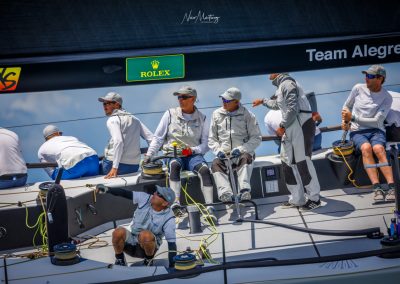 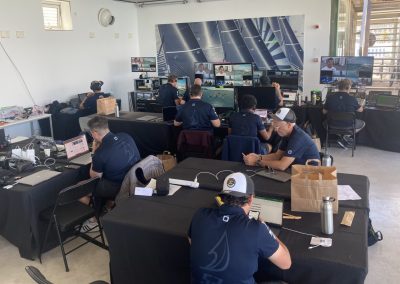 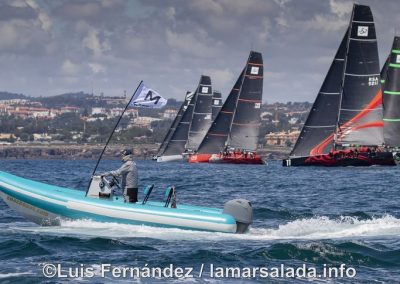 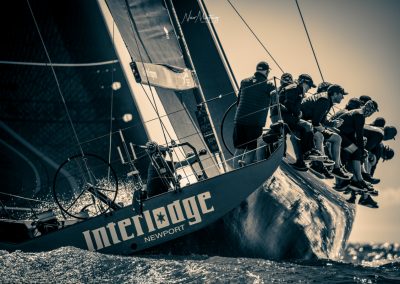 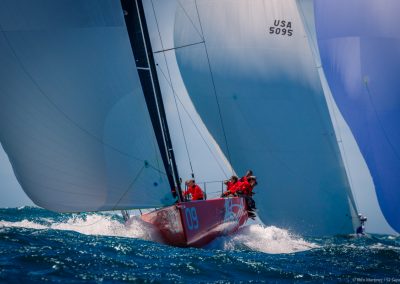 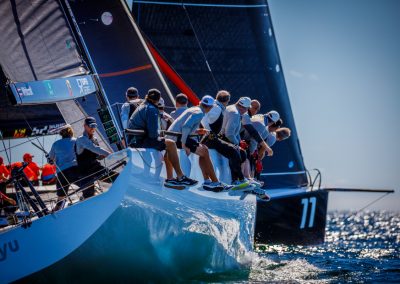 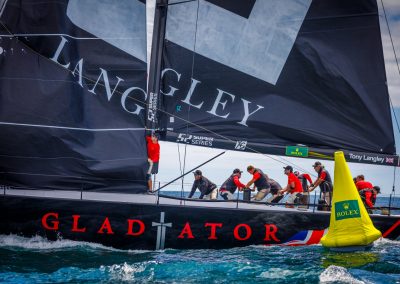 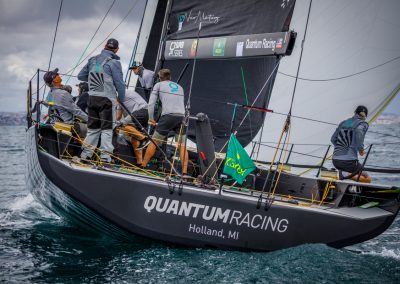 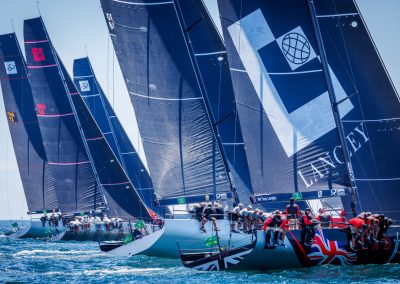 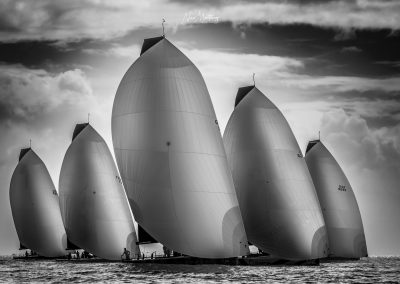 Back
Team Phoenix takes the lead in Puerto Portals !! →