After two more races in near perfect conditions on the America’s Cup waters off Valencia the two top contenders for the season-long 52 Super Series title returned to the Marina Real Juan Carlos this afternoon absolutely even, on equal points.

After starting thisfinal regatta of the four events that comprise the season long 52 Super Series with a six points deficit on world champions Quantum Racing, the team which is skippered by Guillermo Parada have steadily eroded their deficit.

Now with only three scheduled races left of the 2012 season, two Friday and one Saturday, the finish is set to be the closest in the class for many years.

Audi Azzurra Sailing Team are the crew which are on the ascendancy, winning three of the five races so far. So far they have proven adept at dealing with the tight match racing situations – especially pre-start – when they have been toe to toe with the team which is skippered by Ed Baird on the same waters he skippered Alinghi to win the America’s Cup in 2007.

Baird and Quantum Racing came away from today’s pair of races with a fortunate second, after having to restart, and a fifth in the five boat fleet and lie fourth overall in this Audi Valencia Cup.

They have a small speed deficit to the blue hulled slightly younger Botin Partners sister-ship when the breezes have been above 12kts, as they mostly have through the first two days of racing. But most forecasts have lighter breezes through the Friday and Saturday.

The spirited match race duels pre-start have been the talk of the regatta so far.
“Yesterday they started match racing at the warning signal. Today they started at eight minutes when we still had the engine on. Tomorrow will we still be in the marina?” joked Vasco Vascotto, Audi Azzurra Sailing Team’s fiery strategist.

In the first race, contested in 11-14kts of SE’ly wind and sunshine Audi Azzurra Sailing Team won the pin end of the start line while Baird made a small misjudgement on the start line which found them mid tack on the gun, with their bow across the line.

They re-started smartly and fought back hard to get themselves poised to capitalise when second placed Rán twisted their gennaker at the windward turn.

In the second race Quantum Racing made the better start of the two protagonists but Audi Azzurra Sailing Team came back with starboard tack advantage just after half way up the beat.

The ensuing trading of tacks dropped the pair to fourth and fifth, but Parada’s crew managed to then pass Tony Langley’s Gladiator on the final run for third, thus ensuring the duo finish locked on the same points aggregate.

After 27 races this season in Barcelona, Sardinia, Palma Mallorca and now Valencia nothing separates the team which has won the Audi MedCup Circuit in 2011 and the team which has come so close to winning over their five years in the class as Matador, and now Audi Azzurra Sailing Team.

The two teams are very evenly matched, both with very experienced match racers throughout their crews, not least with America’s Cup experience built in.

Audi Azzurra Sailing Team have been to Argentina for match race training, have Francesco Bruni now on the helm in the pre-start and are very well supported with Rod Davis – formerly Team New Zealand’s coach – in their corner.

Baird will perhaps now more than ever be channelling memories of that special day, 3rd July 2007, when he clinched the America’s Cup at the end of one of the most thrilling races in Cup history, closing out Team New Zealand by just one second.

Can this be as close?

Ed Baird (USA) skipper-helm Quantum Racing (USA)
“It’s virtually the same concept as it was this morning, we have still got to beat them and the guys at Azzurra are sailing really well and making very few mistakes on the course. Yesterday was ugly. Today I made a big mistake in the ﬁrst start, we got the side we wanted but just got the timing a bit wrong and had to wiggle back and then got Ran a bit too close and had to defend against them so ended up going over early. But the guys did a great job to come back, it was impressive because we were pretty far behind at that point.”

“ The last race start we had a good start, we pushed them off the other way but then had to tack twice on the left and couldn’t quite cross Ran and those two tacks meant later on when we came back together with the blue boat, we were a quarter of a boat length from crossing them and that meant they stayed in front of us at the ﬁrst mark, but we caught them up and passed them down the run and then split gates.

But we have three more races and we have had a great season. Its never been this close though.“

Guillermo Parada, skipper-helm, Audi Azzurra Sailing Team (ITA)
“It was another good day, we worked very well as a team, focused on the job and we had the result we were looking for, but really this will mean nothing if we don’t keep going for the next two days.

The boat is going well, the crew are working well. We trained a lot for this regatta, we have been sailing together in Soto 40s, match racing in Buenos Aires last week for a couple of days. So everything is going the way we thought it was going to and wanted it to.

We are tight with them, we cannot be any closer, it’s the ﬁrst season I remember where it comes down to the last three races. With two boats tied on points so it must be good for all of you watching. Its what the sport is all about.

As a group we are doing a good job in deciding which way to go, how to go fast, how to develop boat speed, do better tacks, gybes, hoists, drops, it all gives us the chance to be a bit more comfortable.” 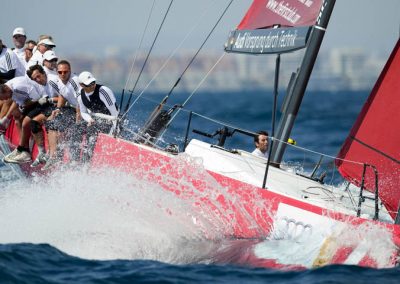 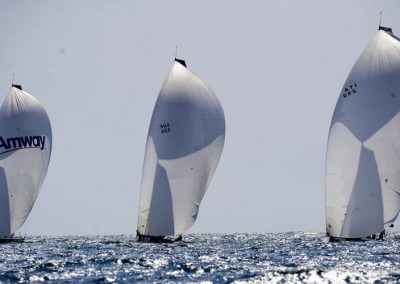 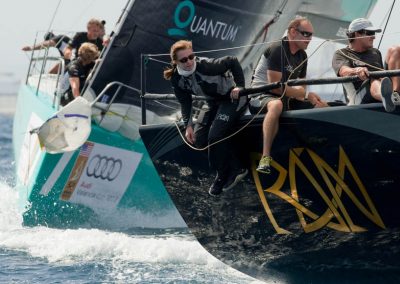 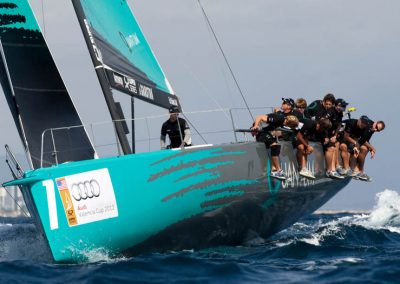 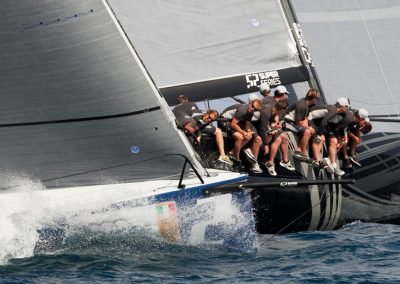 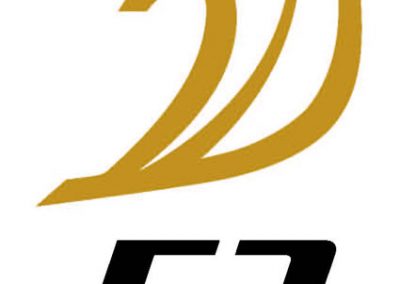 Back
← VALENCIA SPELLS IT OUT Signed Sealed Delivered →