Throughout the imminent 2010 Audi MedCup Circuit the live action images from the race tracks will be streamed direct to internet viewers, as part of 4 hours of daily programming, including dockside interviews, pre and post race analysis on www.medcup.org, through SailTV which will also stream to the most watched websites worldwide.

The live TV production is an extension of the established excellent output from Sunset+Vine APP, who have created and distributed some of the most evocative, entertaining and informative TV packages for the Audi MedCup over the last three years.

Live action will be beamed from the stabilised camera on the TV catamaran which has unrivalled access to the fleets with continuous commentary in two languages and expert comment. There will wilso be specialised camera operators filming from on board the racing yachts in the thick of the action and from the air. The action will be mixed at the venue broadcast centre, cut with supporting Virtual Eye 3-D animation and tracking, including a replay facility and broadcast live.

To ensure a high level of interest is maintained, there will be regular short interviews and information, with highlights packages utilised when there are natural breaks in the racing.

“We are looking to really be able to drill into what is going on on the race course and highlight and explain in simple terms what is happening and why, what is interesting about each race.” Explains Andrew Preece, Sunset+Vine|APP Audi MedCup executive television producer, “It will be essentially a sporting programme, but we aim to unravel the action, so that the action become more easily understood and accessible to a new sailing audience.”

“We are excited about the Audi MedCup TV package. There is certainly already an established audience, but a lot of how the audience develops and grows will be about people getting used to and trusting the technology. And of course as more sailing becomes available on the internet, so the audience is growing all.” Says SailTV’s CEO Mark David, who says he is confident the audience for the Circuit will develop over time to ‘six figures’.

All this programming will be streamed live both on www.medcup.org and on the Public Village giant screen, for the visitors to follow the action as it happens. 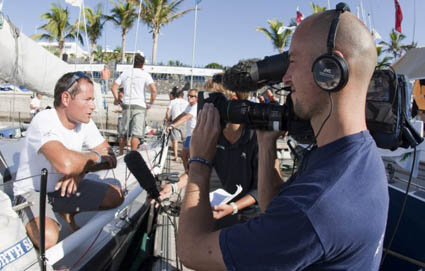 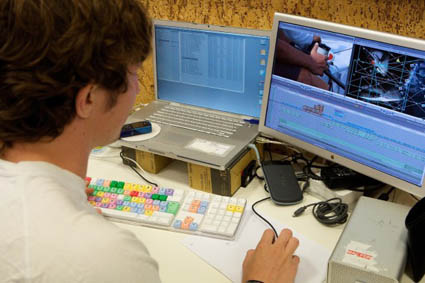