Wot Now stays ahead of the competition in Audi IRC Series

Graeme Wood and his Wot Now (NSW) crew stayed ahead of the competition in Division 1 of the Audi IRC Series this afternoon in what was a difficult day on the course with two races sailed in completely different breezes – in strength and direction.

Wood, with his team of ‘youngsters’ or perhaps ‘youngstars’ is the better description, then pulled off a win in Race 5 to go into the final race tomorrow with a five point lead over nearest rival Living Doll (Vic) and a largish 17.5 lead over pre-regatta favourite Loki (Stephen Ainsworth, NSW) in third place, their letdown a 13th place in Race 4.

“The sea breeze tipped the scales slightly in our favour and we took advantage of it. We held our position relative to the rest of the fleet and there weren’t too many shifts or holes in the course, so we were able to make the best of the situation,” said owner Wood, who said he would leave the worrying of what tactics they would employ in tomorrow’s final race to tactician Michael Dunstan.

A real mixed bag of sailing conditions on the race track gave competitors a real work out today; Race 4 was sailed in a light land breeze, a left-hand shift after the start catching a few people out.

A solid building sea breeze kicked in just in time for officials to move the course for Race 5 and competitors enjoyed 15-20 winds.

This after both Black Jack and Limit broke the start. Starting at the pin end, both were called over early, and while Harburg’s maxi recovered quickly, Limit appeared to hesitate, Brierty and his crew perhaps not realising their error, which cost them dearly with a 19th place, as they had to duck and weave their way back around a few boats to re-round the start.

Despite having to re-start, Black Jack, skippered by America’s Cup afterguard Mark Bradford, with round the world speed record holder Adrienne Cahalan navigating; weaved their magic and fought their way back through the tricky shifts to take line honours.

Brierty and his crew on Limit did not let their 19th result influence their next race though. As in previous days, Limit, with Roger Hickman at the helm and Gavin Brady calling tactics, and Stephen Ainsworth’s Loki scintillated onlookers again, this time sailing on opposite sides of the course.

Limit powered up both windward beats to round before Loki and came home for second place in Race 5. Loki, with Cameron Miles at the helm and Chris Links calling the shots, finished equal fourth with Shogun (Rob Hanna, Vic). Unfortunately, with only one race remaining, to be sailed tomorrow, Limit is not in reach of a podium finish, due to her disqualification from Race 1 and the 19th place.

The event, hosted by the Royal Geelong Yacht Club, concludes with one windward/leeward race on Corio Bay tomorrow. 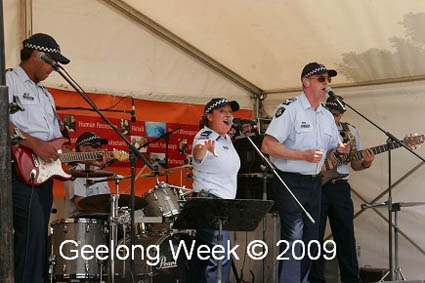 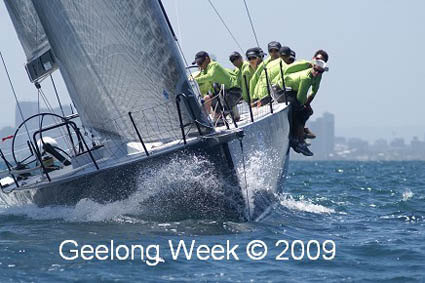