In a sparkling finish to the 2013 52 SUPER SERIES season, racing in a brisk leftover Mistral in bright September sunshine on the white flecked waters of their home Costa Smeralda waters, Azzurra fulfilled the dream storyline when they won the Audi Setttimana del Boche regatta trophy, denying 2013 52 SUPER SERIES champions Quantum Racing the clean sweep of all four European regattas.

As the blue hulled 52 crossed the finish line to win, ashore today their club prepared a gala dinner to celebrate the 30th anniversary of the iconic Yacht Club Costa Smeralda’s first participation in the America’s Cup with the 12 metre Azzurra.

In their charge to the 52 SUPER SERIES title Quantum Racing, skippered by Ed Baird with Terry Hutchinson as tactician, already had an unstoppable momentum. And today the American team ran out clear winners of the 2013 52 SUPER SERIES title thanks to their hat trick of trophy regatta wins in Barcelona, Ibiza and Palma.

But the 2012 champions Azzurra found top form at their home regatta, the return of strategist Francesco Bruni to the fold serving as one key catalyst as they reached their best level of consistency, winning three of the eight races and never finishing worse than third.

Azzurra went into today’s second race with a lead of two points. There was a long delay as the Mistral and Scirocco winds scrapped for supremacy leaving a no-go zone in the start area with hardly any wind. But when the breeze piped up from the NW again Azzurra managed break cleanly from the pin end of the start line, while both Quantum Racing and Rán Racing had to re start after crossing the line early.

Azzurra’s gun to gun win left them three points ahead ahead of Quantum Racing on the regatta standings with Niklas and Catherine Zennström’s Rán Racing third overall nine points behind Quantum Racing.

“We lost the battle but we did win the war.” Smiled the new champions Quantum Racing’s tactician Terry Hutchinson. “The first race today when we had a fairly comfortable lead today typified the regatta. We had an 100 metre lead gybe set and were heading for the finish line and got passed by someone who went to our left. That is OK. We sailed this regatta to make sure we defended our lead and we have done that.”

“Our goal was to win the season’s championship and it awesome to have done that. We have gone three from four this summer in a three year old boat. I would say that is a great testament to our Quantum Sails, to our team, to our shore crew.”

“We have a fast boat which I think we sailed well in some fairly tricky conditions. We had a lot of things go well for us but we never really took ourselves out of it. What won us our season championship was our ability to come back. In Barcelona and in Palma we were able to battle back from starts which were just OK. That was a strength of the team.”

Doug DeVos’ Quantum Racing, winners of the Med Cup title in 2008 and 2011, lift the overall 2013 52 SUPER SERIES title with a margin of 31pts ahead of the Roemmers family’s Azzurra. gNiklas and Catherine Zennstrom’s Rán Racing, which won the TP52 World Championship in Miami in March on the last race, take third overall with Tony Langley’s Gladiator in fourth. Quantum Racing also win the 52 Super Series Atlantic Cup which is aggregated across all six events of the season in the USA and Europe.

Arriving on home waters with no European regatta finish better than third there was a pressure on Azzurra to finish on a high note. The Costa Smeralda regatta was a fitting finale, including an epic 31 miles coastal race in winds to 30 knots which saw the top two protagonists head to to head all the way around the ‘Bomb Alley’ course. So to secure the overall win at the yacht club that they represent was especially satisfying for tactician Vasco Vascotto:

“It is 30 years since the old Azzurra raced at the America’s Cup and so to win today is a great present to our whole family at the Yacht Club Costa Smeralda to us to end the season like this is great.”

“For sure a bit more breeze here has seen us a little more competitive. Having Francesco Bruni on board has given us the right attitude to follow for the regatta and this is important for us. Today was a very tough day, a difficult game to play up until the very last start. In the end we got a great start and so we are very, very happy.”

The battle for fifth, sixth and seventh on the overall standings was just as intense. Ergin Imre’s Turkish flagged Provezza finished this regatta in fifth, only losing fourth to Gladiator in the final ten metres to the finish but their strong, consistent performance earned them fifth overall, ahead of Manouch Moshayedi’s Rio and Austin and Gwen Fragomen’s Interlodge. Interlodge win the Rookie of the Year title.

52 SUPER SERIES – Atlantic Cup, all six regattas in US and Europe

“This great. Last year finishing second did not feel good. And all season we have just focused into this moment and so everyone is thrilled. I am never nervous things wont work out. I am all for taking a bazooka to a knife fight. I am good with that concept. This crew is so on top of everything and I just believe in life you can never be over prepared. Getting Terry on to the team has been key. I knew the first event would be shaky because their styles are different. But by early Palma I really was thinking this is an amazing formula. This is the most fun season we have had”

“We are very happy with third place overall. Our objective was to be better but in light of the competition we are happy with third. Quantum Racing and Azzurra have been outstanding and the level of the fleet definitely has gone up over the season. Coming into the last event we were half a point behind Azzurra and our objective was to beat them but we were not as good in the end, they have raised their game here for sure.”

“We were expecting the last race not to take place but it did in 25kts of wind and we lead Gladiator all the way around until the last 50 metres when our spinnaker sheet caught and we could not gybe and so had to cut it. So they got us in the last ten metres. Fifth is better that we hoped for but we are still a little disappointed to lose fourth.”

“To be honest I never really focus on the overall, we take it each regatta at a time. So we are happy with fourth. I did not really look at it. The Series is not what we focus. It was nice to get that podium in regatta. And so from where we were last season to where we are now that is pretty good, we are happy.” 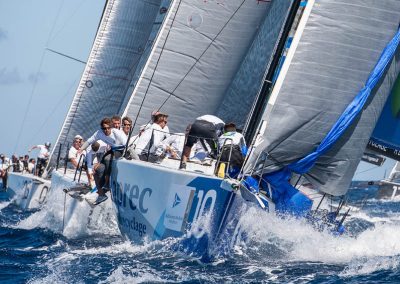 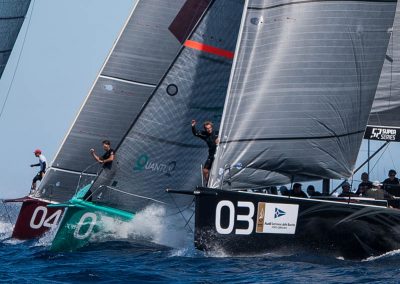 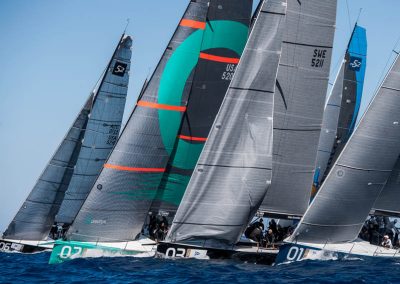 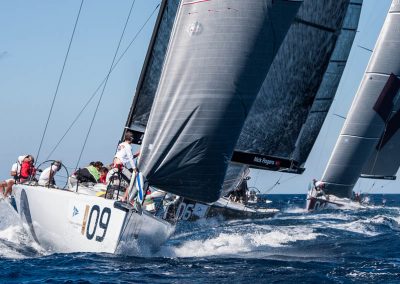 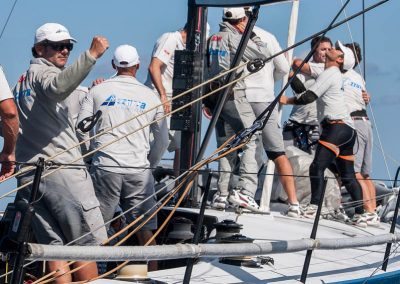 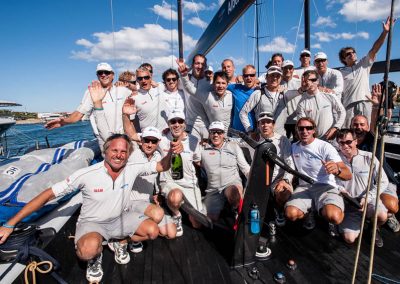 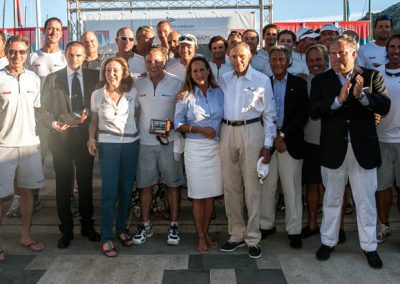 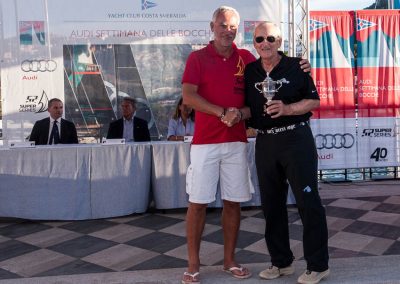 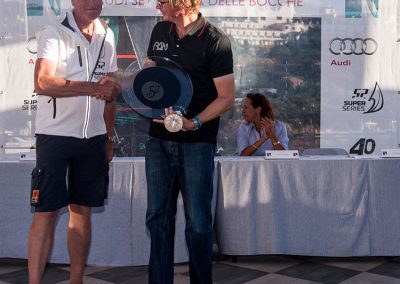 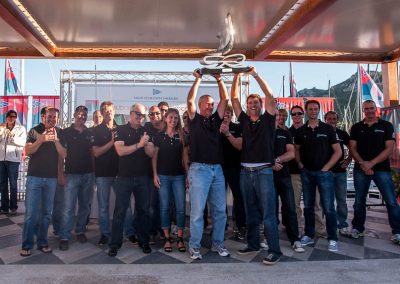 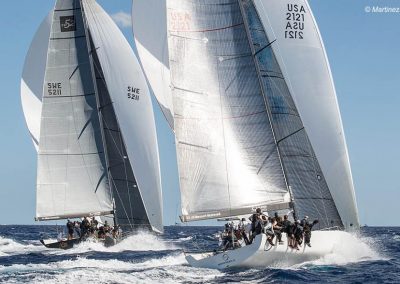 Back
← Final Day 52 Super Series Coming Up!! Hat Trick Beau Geste Down Under →