Just one race in under 10 knots of breeze after 4 hours of waiting for the breeze to settle.

Ran did not see a very good start rewarded, the left was not the side to be on the first beat.

All4One and Bribon both more or less forced to go right soon recognised it was not a bad move.

Quantum was the first of the others to recognise this and finished a solid 3rd.

All in all a good lead of 6 points now for All4One over Quantum going into saturday’s coastal race.

Four teams very close to Quantum though, tomorrow will be a big day.

Jochen Schuemann (GER), skipper-helm Audi Sailing Team powered by ALL4ONE (GER):
“I think that today we´ve been quite lucky, when we saw that things were not going well on the left side we said ‘ok, let´s try the right one then’ and we were lucky enough to go well and pass the rest of the boats really close. There was a strong breeze building there and it helped us stretch the lead from the fleet and we sailed there right until the end. Nothing´s really changed, it´s going to be difficult in the future but we are going to try to hold the lead for as long as we can. We have two more days here, let´s see how that goes for us. We have at least three more races and a lot of things can happen, we know how eager the rest of the boats are to come back, let´s see what happens”.

Gonzalo Araujo (ESP), Skipper, Bribón (ESP):
“It´s gone well. The truth is that we were lucky, our tactician and our navigator have anticipated really well what was going to happen, and it was perfect. We tried to reach Audi ALL4ONE, who got ahead at the beginning, we were close to them the whole time but we were two boatlengths of a boat short. We´ve sailed all sorts of races so far, more or less like all the rest of the teams but ALL4ONE, who has not missed yet. The rest of us have had our ups and downs, so everything´s still open.” 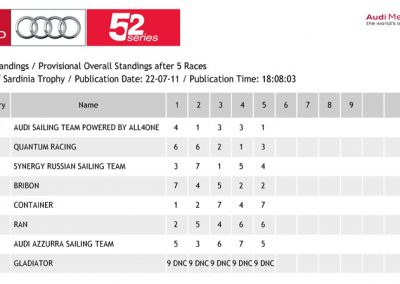 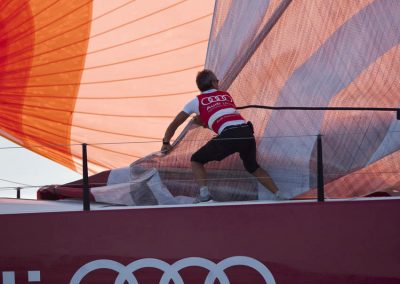 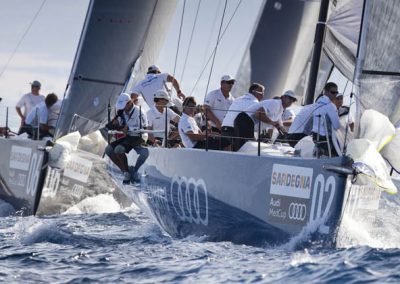 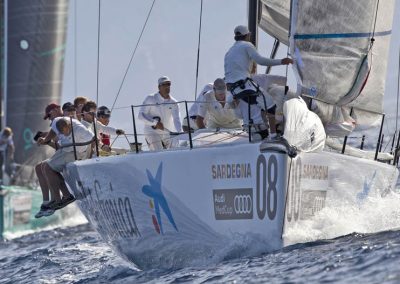