A glittering start to the season is assured when two of the newest TP52’s are formally launched on Monday at midday.

Princess Zahra Aga Khan is President of the Board of Directors of the Yacht Club Costa Smeralda which the Audi Azzurra Sailing Team represent and will be present to act as godmother. Eva Padberg was voted sexiest woman in the world in 2005 by readers of FHM and featured on the cover of GQ in 2006, while actor Jean Reno – Hollywood star of Mission Impossible, The Da Vinci Code, Léon, – is no stranger to the Audi MedCup Circuit after sailing as a guest in Cagliari, Sardinia last year.

After sailing on Monday, leading TP52 designer Rolf Vrolijk (NED) and a prominent designer from Audi will give an informal seminar on design trends, similarities and comparisons between the different marine and car technologies. 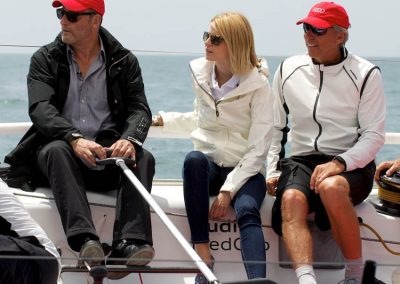 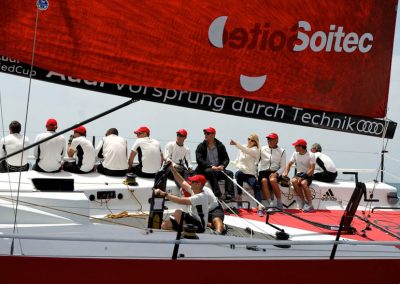