Bulls and Kiwis fly and “good old” Quantum fights back to third.

In the end it is the Kiwis that firmly got the bull by the horns (for now), but it took some extremely clever sailing in race #4 to get back from 6th to 2nd in that race.

Ooops, they like it so much that an unsceduled 3rd race gets on its way.

Quantum leads start to finish, followed at 45 seconds by ETNZ. Place 2 to 11 finish in 61 seconds!!!

Robert Hopkins on Quantum stretching to get his screen out and by the look of it still reading it.

Dean Barker (NZL), skipper-helm Emirates Team New Zealand (NZL):
“The breeze was shifting quite a bit, nothing big but enough to be a nuisance if you were on the wrong side of it.”
“It will be a bit of a change for us tomorrow, we have not done a coastal race for a while. It’ll be interesting and a time to learn with the team. I think the format is good, not holding quite the same penalty if you don’t do well. I am really happy with the boat and we can still do a better job sailing, so if we are on the pace now we can keep better and better.”

Terry Hutchinson (USA), skipper-helm Quantum Racing (USA):
“The entire day was good for us. We did it to ourselves in the first race a little bit. We have little spinnaker keepers and one got sucked into the block and we could not trim the spinnaker in the gybe and so we lost Valars, Artemis and potentially a shot at third in the first race, That was frustrating.”
“ We went 3-1 after that and after our starting yesterday it was better. Yesterday it was execution which was down to me. I did a bad job. Poor execution. Mark, Morgan and Robert in all three races had us in good positions with a good plans and I did not execute. But sometimes you are balancing being aggressive and being smart.”
“ That last race was a good indication of how the boat is going. We were over once last year and it was here.”

Guillermo Parada (ARG) helmsman of Matador (ARG): “ This stronger wind pushes us to the limit, but we are very happy because the boat is going well. Emirates Team New Zealand are obviously having a great week, but there’s still a lot of races to go, and we must keep pushing. Maybe we wait for them to maybe make a mistake and take advantage of it. There was a big current at the windward mark and with the waves if your layline was tight then it was very difficult to get in and they came really tight and we were just beside them, Regarding the speed of our boat, ok, it’s a new boat and that helps,  but speed also has to do with sails and how you deal with the waves and how you manage the crew.” 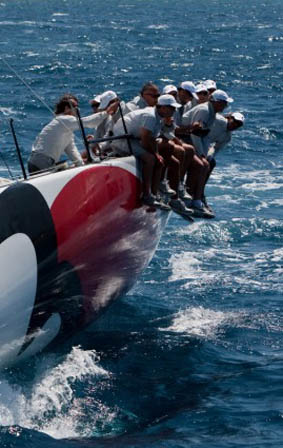 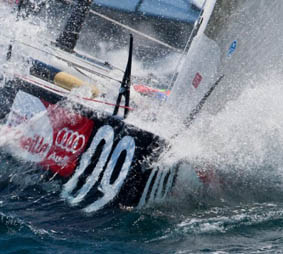 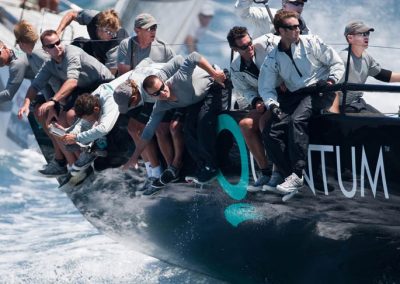 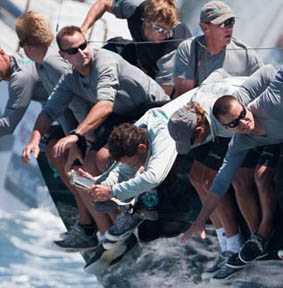 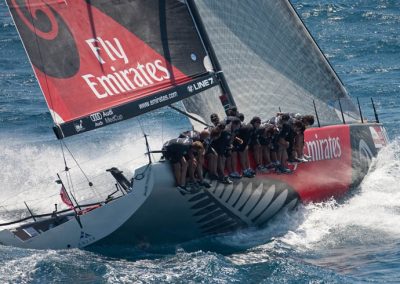 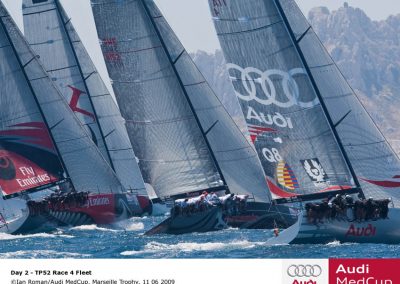 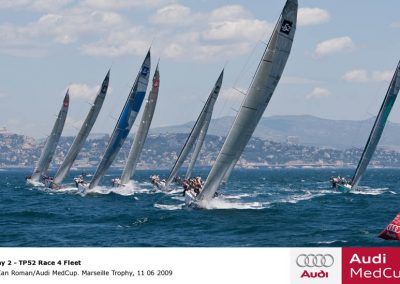