Bribon sailed an impeccable race 3 and showed the modified 2009 concept is still a force between the 2011 boats.

Quantum “finally” got it right in race 4 and copied Bribon’s control in race 4.

Downwind the breeze created some spectacular racing at speeds well over 20 knots.

Azzurra took over the lead from Container with two second places against Container’s 4th and 3rd.

Vasco Vascotto (ITA), strategist, Audi Azzurra Sailing Team (ITA): “The difference between yesterday and today lies in the fact that we sailed a lot better, with a cooler head and a warm heart, a key combination to finish well. We have to keep going like we are so far, trying not to make mistakes like the ones we made in the first races. We have tofind a way to sail clean. We are not always going to be so lucky as we were today, and that means that we have to keep the same attitude that we´ve shown. We had currents, wind, waves… everything that you need to sail and have fun in the boat”.

Ed Baird (USA), skipper-helm, Quantum Racing (USA): “It was a lot of fun, the breeze was up. In the second race we had a little jump at the starting line, enough to sneak out in front of the group near the weather mark. The boys did a tremendous job at the first run. Somehow, we got a puff or two extra from the other guys and that was the end of the race. Perfect conditions for this kind of boats, they go great upwind and downwind. It was tons of fun”.

Ignacio Triay (ESP), trimmer, Bribón (ESP): “We had a perfect start in the first race, it´s that simple. We got ahead of the fleet, and once you´re in that position, if you have enough speed, you stretch and stretch and you just keep going, it´s just a matter of not making mistakes handling your boat. In the second one we got trapped and they’ve pushed us out by the committee boat. That made us start in the last place and in the bad side. Even in that situation the boat had speed, so we managed to get close to the fleet and made a glorious first stretch downwind. We passed ALL4ONE and reached RÀN, but he missed a few more meters to pass them. We are happy with the boat´s speed, today we´ve shown that it´s a good start what counts. A bad one means a disaster”. 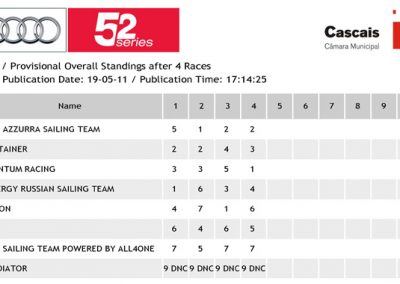 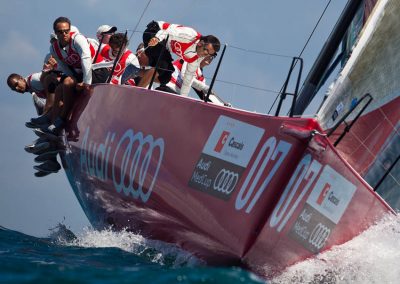 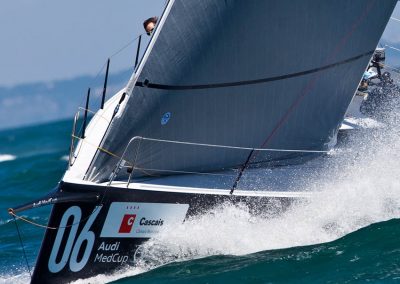 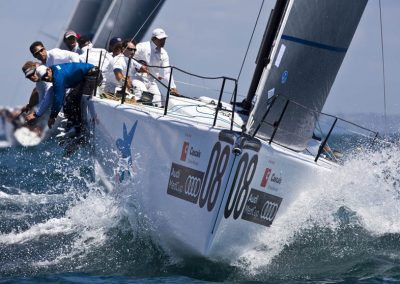