As 2007 champions Artemis (SWE) made a lacklustre start and could only salvage an eighth in the light, sticky conditions today Bribón moved four points at the top, clear of the current champions Quantum Racing (USA) who scored a useful fourth.

After making a strong start double Olympic Star class medallist, tactician Ross MacDonald along with navigator Marcel van Triest (NED) read the shifting breeze at the top end of the first beat precisely, calling a good layline which allowed them to ease away around the windward mark ahead of Matador (ARG) which over-stood slightly.

In 6-7 knots of breeze Bribón were able to extend on the downwind leg to build themselves a comfortable margin, winning by 1 minute and 24 seconds, well clear of a dramatic finish behind them as Synergy (RUS) gained more than half a minute on the last run. Their hitch out to the left brought them extra wind pressure which allowed them to steal across the bows of Quantum Racing and Matador to wrest second palce.

“ Some of the guys have specific knowledge here, but we really are not putting too much into that, it just becomes a little too risky doing that.” Cautions MacDonald,
“Being in the best pressure was the most important thing today. Under 10 knots of breeze the pressure makes such a big difference in these boats, especially in the tacking angles.”
“ We never had high expectations here, we just wanted to operate at a better level here than we have this season and that has been our main goal.
“ Before we were maybe speaking four or five different languages on the boat, now its down to two or three….and I’m the outsider, for sure!” grins the Canadian.

“Like I have been saying all season, these are the conditions for this boat, flat water, light winds, and finally I think we are sailing it much closer to 100% than we have been than before.

“This proves to us that we are sailing the boat well, to have a three years old boat and be where we are, but to be at the top is difficult. I am happy but we are not reading too much into it, there are two days to go.” 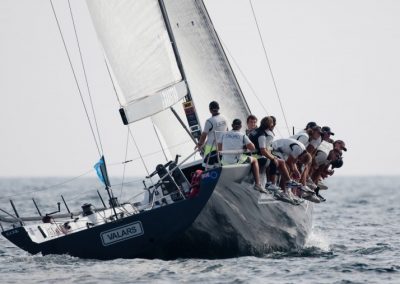 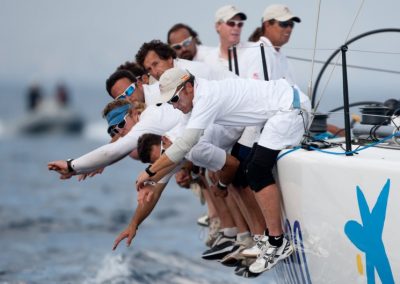 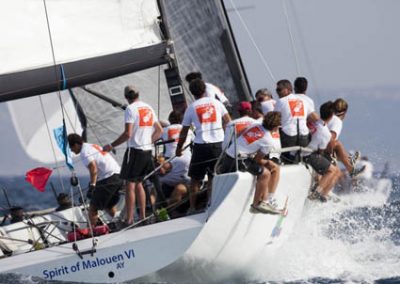 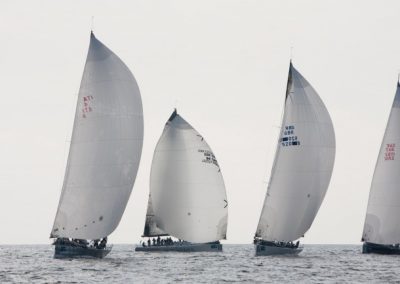