So disappointed was Turkish owner Ergin Imre with last season’s outcome for his Provezza team on the 2018 52 SUPER SERIES that it was only when team coach John Cutler, a Kiwi Olympic bronze medallist, agreed to steer for this season that the hugely passionate owner agreed to press on with renewed rigour and a changed crew line up. Imre and his team were rewarded today for their hard work and endeavour and their ability to adapt to the changes when they lifted the historic Royal Cup in Puerto Sherry, Andalucia as narrow winners of the second regatta of the 2019 season.

They were pushed to the wire during one of the most exciting final day showdowns in the history of the 52 SUPER SERIES. The day started with three boats in contention to win the trophy which dates back to 1995 and the IMS 50 class, Bronenosec – the newest boat in the fleet steered by the young Croatian Olympic gold medal winning hero Sime Fantela – one point ahead of 2017 champions Azzurra. Provezza are four points adrift but the runners up to Platoon in Mahon last month are sailing with supreme confidence and big smiles.
It was only on the last downwind of the last race, when Platoon pass Azzurra, that the regatta title is secured by the Turkish flagged team, only the second time they have secured an event win after their popular 2017 victory in Puerto Pollensa, Mallorca.

Changes to their Vrolijk designed boat appear to have helped, but bringing Cutler – whose experience spans Olympic racing and national team coaching as well as America’s Cup and grand prix racing – in to the central role as helm and a hungry for success Hamish Pepper as tactician has been key, the duo supported by unflappable Spanish navigator Nacho Postigo.

They finish one point ahead of Azzurra who take second but only on countback against their third placed rivals Bronenosec. The Russian flagged team put themselves right on the back foot when they finished eighth in the first race.
Helm Cutler said, “It was a tough day out there for every team and we managed to end up on top and you can see from the way the points are—there’s not much separating the top 5 teams so it was great to be amongst it and at the top at the end of the week! The final race was quite incredible, I actually checked my heart rate through the race to make sure I wasn’t in the red zone but it was all under control.”

He adds, “We’ve made some changes to the boat, the same changes that Platoon’s made—moved the bulb,, new rudder, new fin. We made some learnings from last season on setup and things like that and thought about what we did wrong last year and corrected a few things. We’ve got Hamish on board now and he’s doing a great job. Even though we’ve never sailed together before we seem to have a pretty good fit and just keep it relaxed on board and enjoy ourselves. I was a bit grumpy on our bad days but you can’t be too upset—just look at the weather, at the venue, it’s been so tricky, there’s lots of opportunities out there, it’s just been great sailing and we came out on top!”

Fantela, the 2016 gold medallist in 470 class, smiled ruefully, “It was one of the toughest, closest races that I’ve ever done. With such an open track that we had all week, it was all open until the very end. We were watching whether Platoon was going to sneak in to take it from Azzurra and it was really all the top 3 positions just hinged on one point. Our first race was tough, we were betting more on the right side and there was a leftie and we were just losing places and we had some technical issues and finished 8th. Then the second race we had a battle with the pin and didn’t quite win and had to tack out but we moved through the fleet and finished 3rd. I must say we had a really good week and did a good job and we just have to keep working at the same pace. Our goal for coming here was to be better than Mahon-where we were 5th,, so finishing with a podium is happy faces! We showed here that we have ability to pass boats in the breeze so we are looking forward to Cascais it’s going to be fun racing!”

Guillermo Parada, the Argentinian skipper helm of Azzurra was disappointed to leave points on the water and confessed they felt slow at times today, “ It was a fantastic week, the whole fleet is so close that you are holding your breath until the very last cross! We were fighting the whole week, but especially today we had two very good starts, especially the first one but we felt very, very slow. We checked the underwater in between races and there was nothing wrong but…. oh well. Second race we elected to start on the pin again and were controlling our opponents—ahead of Platoon and Bronenesoc, but Phoenix crossed and tacked on us and made us go left and a big rightie came. We had chances in the first run and then we covered in the last beat, but then the last run we made a split from Provezza and Platoon got in between. But it was very very close and this regatta was for them, so now we’ll fight in Cascais!”

Provezza leave Andalucia with the Royal Cup and the circuit lead by two points ahead of Mahon winners Platoon. Seven of the eight different boats won at least one of the ten races sailed. Only Quantum Racing and Provezza did not finish eighth at all. 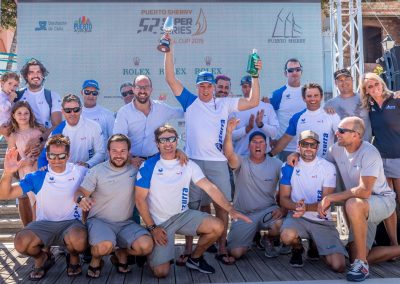 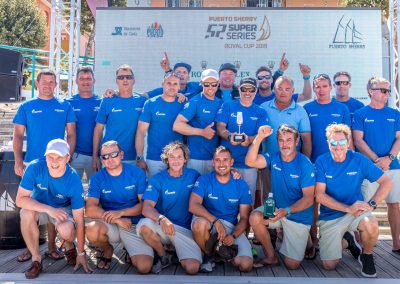 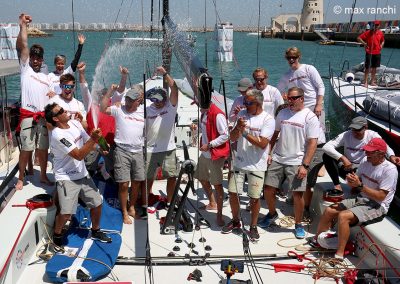 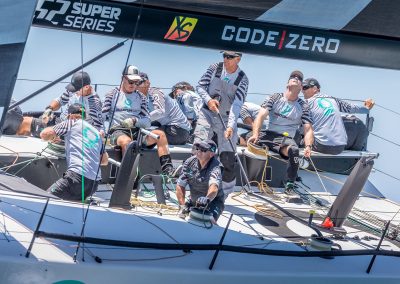 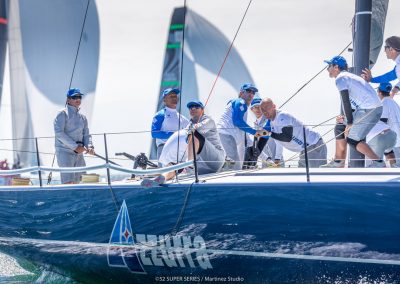 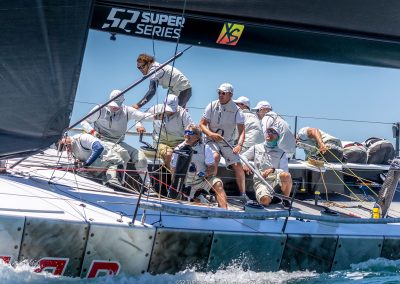 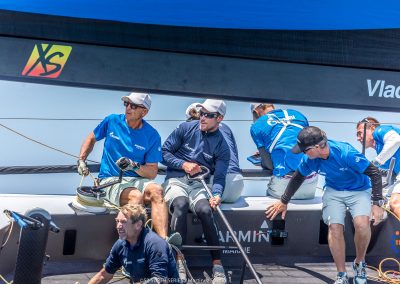 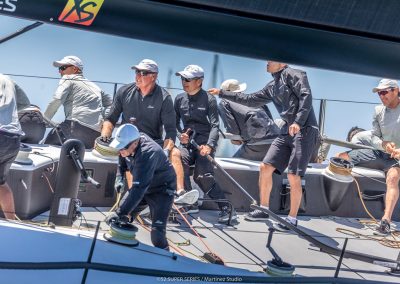 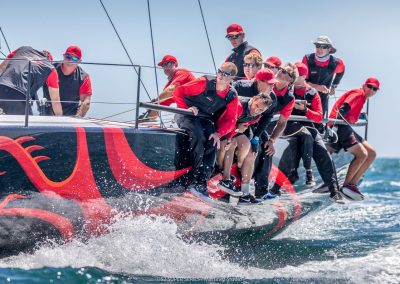 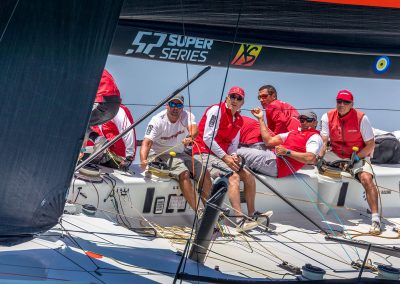 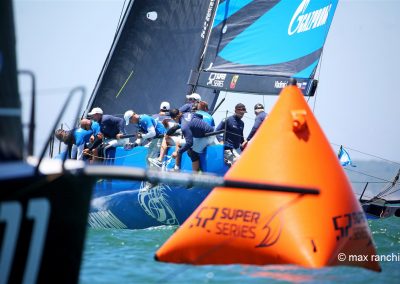 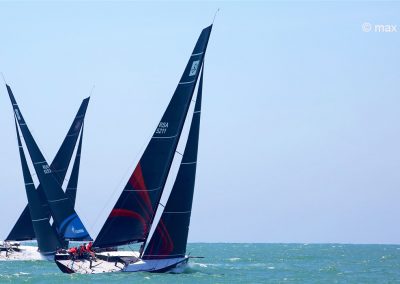 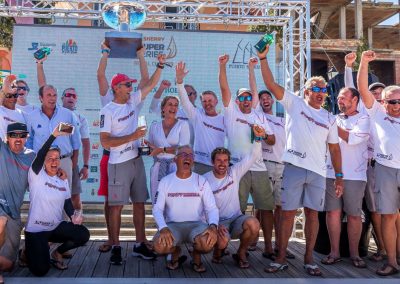 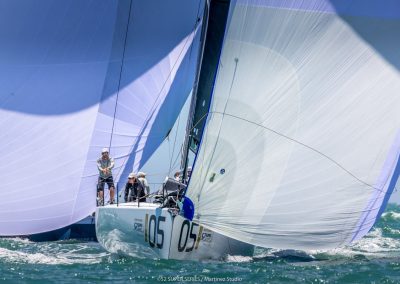 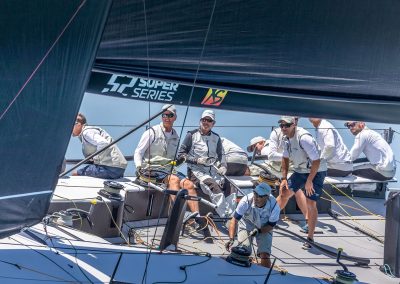 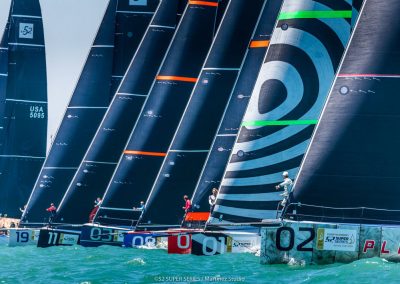 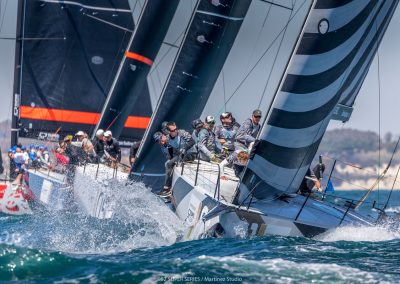