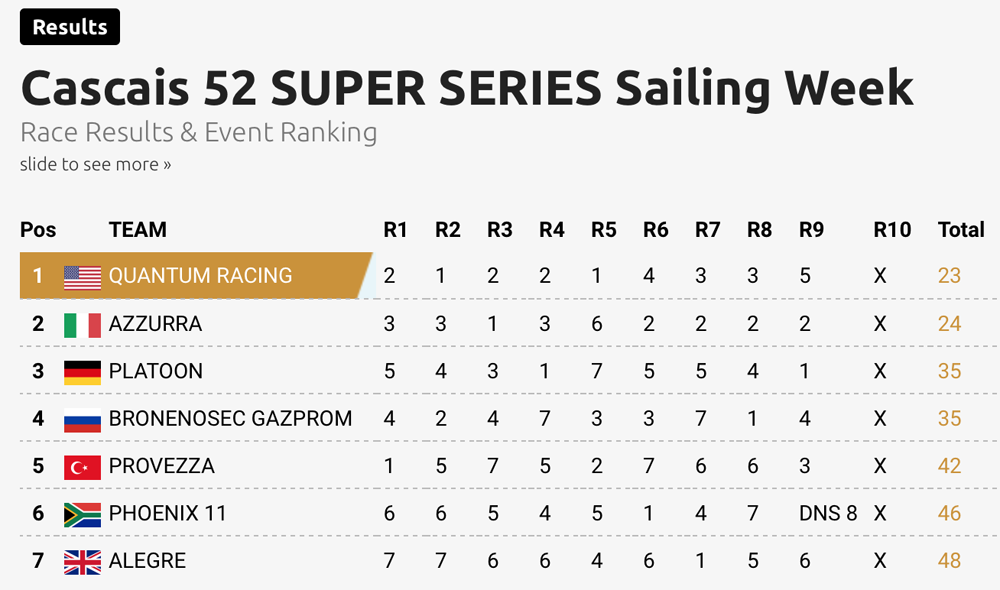 Quantum Racing clinched their first 52 SUPER SERIES regatta title of the 2019 season but their perennial arch-rivals Azzurra ran them close, the Italian-Argentine teams losing out by a matter of a only a couple of metres on the finish line of the last race of a windy Cascais 52 SUPER SERIES Sailing Week.

While there were equal measures of relief and satisfaction for Doug DeVos’ US flagged team which bounced back to a well earned victory here after bottoming out with an overall seventh place in Puerto Sherry, Andalucia last month, for the Azzurra team emotions where mixed. They leave Cascais, and the third regatta of the 2019 52 SUPER SERIES season, with a lead of eight points on the overall circuit standings, having started the week five points off the top spot. But as they finished second in the second race today, behind Platoon today by only two tiny seconds in a photo finish– and with Quantum down in fifth, they miss out on the regatta win by a hairsbreadth, just as they did last month in Puerto Sherry.

“That is tough. To have come so close in the end as we did last month, it is a bit hard to take. But, equally, if we were to go on and finish second in the next two regattas by a single point we would win the 2019 title, so we are not too disappointed.” smiled Azzurra skipper-helm Guillermo Parada. For Kiwi Cameron Appleton, who joined the Quantum Racing Team this season in place of Terry Hutchinson, the victory is an important milestone. Though the Quantum Racing team were super consistent in the first half of the regatta – 2,1,2,2,1 – their second half was a little shakier and Azzurra pushed them hard to the regatta title with four second places from the last four races.

“We are pretty pleased. We would like to have done a few things a little bit better on the final day but we have closed up enough for the season, getting out of the hole that we had dug ourselves, and in this fleet we are pretty pleased. They guys did a fantastic job in tough, tough conditions. It was windy at times. We had some 30 knot gusts and some unreal conditions.” Appleton enthused, “The whole fleet are sailing to an unbelievably high level. You saw that today with the boats pushed right to the edge today. They guys were all still racing them close and tight.”

For Appleton, who arrived in Cascais on the back of winning the RC44 Worlds title the confidence of knowing the Portuguese Atlantic waters instilled a huge measure of confidence after last month’s low point. “I felt terrible. I really did. I just did not have it there. I did not get it. I did not have the feel there. I have had successes here and so you come in refreshed and confident but we just went about things in the same manner. Our goal coming here was to get back in touch and we have done that, so a small victory this week but there are two more events with a big goal at the end of that.”

Vladimir Liubomirov’s Bronenosec won the first race today ensuring that all seven boats racing here won at least one race, for Hasso Plattner it was his first Super Series win. By winning the final race Harm Müller Spreer’s Platoon take third overall on countback against Bronenosec.
Increasingly, with three different regatta winners this season and a mixture of podium finishers it looks like this 2019 season will go to the wire on the Costa Smeralda, home waters for Azzurra who have that small lead on the circuit standings. Parada observes: “There are two ways to look at it: the good way is that if we miss the next two regattas by one point, we are winning the overall; the bad thing is that we lost the last two regattas by one point and that is painful. But there’s nothing that we can regret, we planned the day in a good way, we executed it properly and we missed just one inch… I think we lost to Platoon by only five metres at the finish line. Coming down the final run, we knew that we had a chance. We were talking about if we were gybing early we were going to go all the way to the layline a little bit more. The pity was that the first minute after we gybed, we didn’t have a lot of breeze, so they extended a bit and from that moment on we were catching up, catching up, catching up – but, we were not able to cross and we had to gybe. If we were closer to the pin that we were protected by the pin, or if we were able to cross on port, maybe it could have been different, but it is what it is.” He adds, “I think that Quantum had a solid week, and so did we, and this time it’s for them. Looking at the overall, we are happy. Losing by one point for the second time in a row is painful but we are happy with the way we sailed. I think that we were consistent today. It’s a shame that we were not able to do a second race in the breeze yesterday, because today were exactly the same conditions and in those conditions we feel like we have good control of the boat and normally we have a good average.  But it is what it is and now we need to think about Puerto Portals. We have a lot of new equipment coming to help improve our light wind speed, and hopefully we will be competitive there and able to consolidate our overall lead. If we arrive to Costa Smeralda with a reasonable margin and we can control the regatta, that would be a dream come true to win the season there, otherwise it could also be painful if we lose. And the last day of the season if my birthday, so it will be either celebrate or something else.” 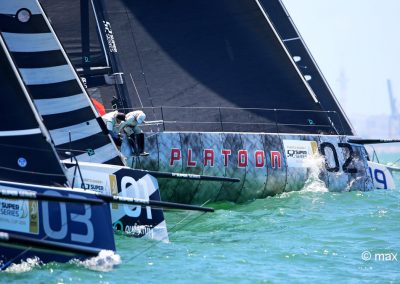 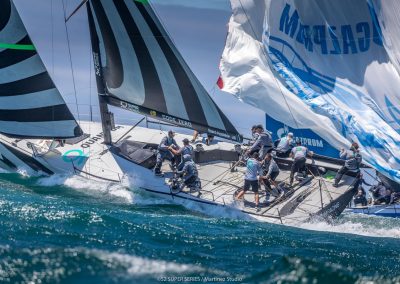 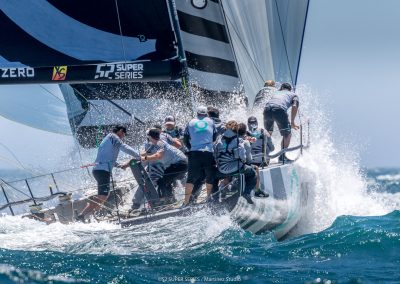 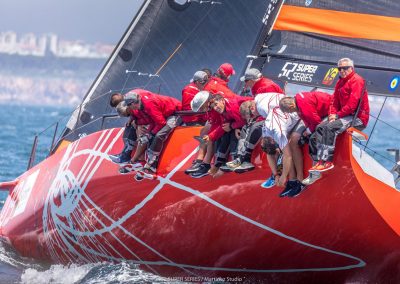 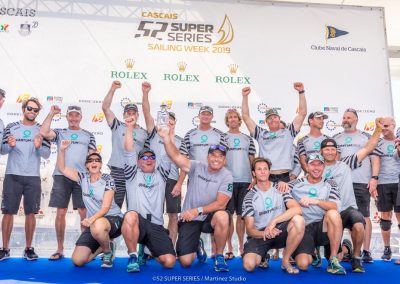 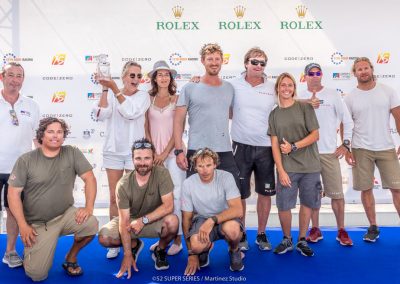 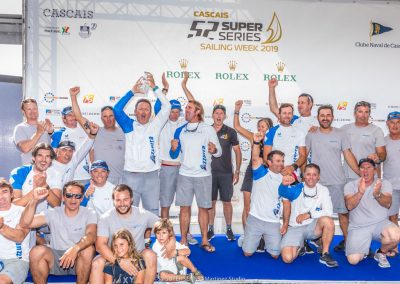 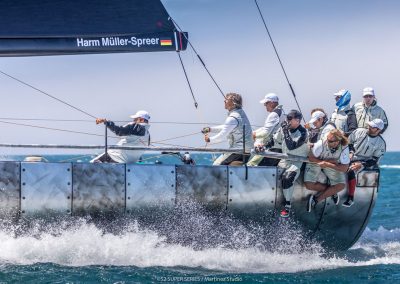 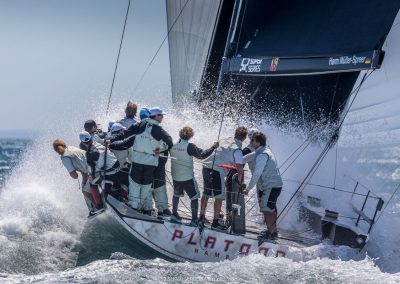 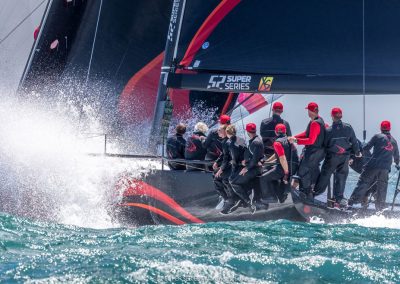 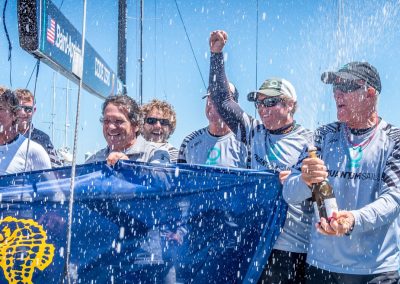 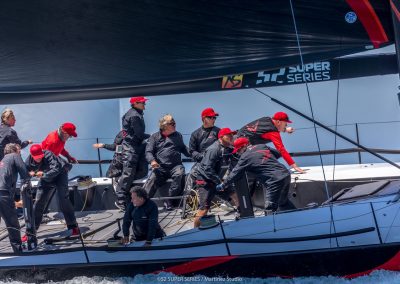 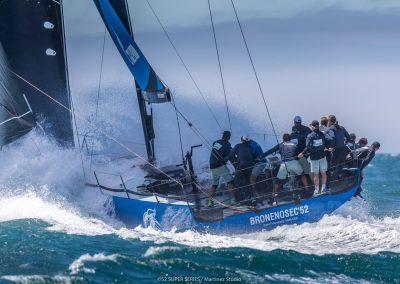 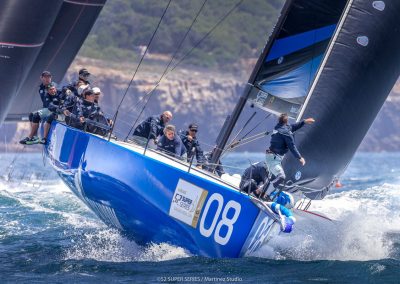 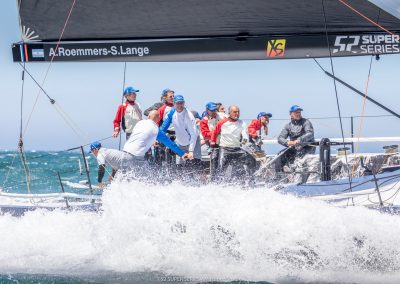 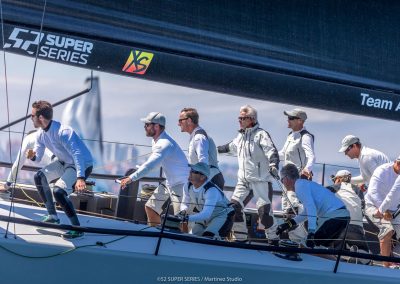 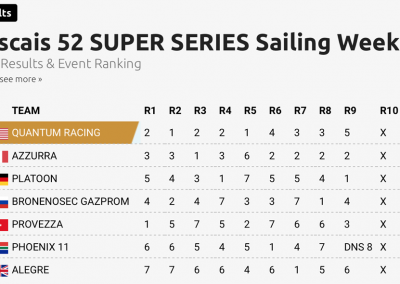 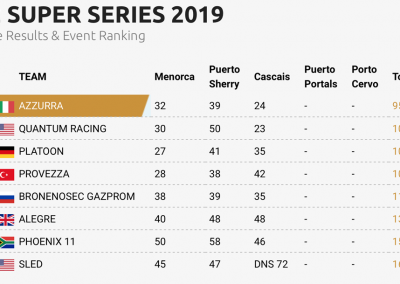