Palma de Mallorca- The 30th Copa del Rey Audi Mapfre opened today with two windward-leeward races which started at 13:00 hours as scheduled, thanks to a reliable sea breeze which picked up to 15 knots in the early afternoon.

Container, Earlybird, Nextel Engineering and Rats on Fire become early leaders after signing two bullets in IRC A, IRC B, J-80 and RI 1 respectively, whereas competition was tighter in X-35 and RI 2.

German TP52 Container and Swan 45 Earlybird sign two bullets each in today’s two races to lead the IRC A and B scoring boards respectively.

Udo Schutz’s Container, helmed by Marcus Wieser, two back to back wins in the two opening races place her first in the IRC A group after times were compensated, though first to cross the finish line in the first and second race were English flagged Peter Ogden’s Jethou and George Sakellaris Shockwave.

Wieser and the Container crew were able to lead from the first beat and extend on José Cusí’s Bribón, which was second and third, what leaves them set in second overall after day 1. F

Followed by a remarkably good performance considering the lack of time on the water with the hull sister of ETNZ Hispano with HRH Felipe de Borbón helming, which was fourth and second.

HRH Cristina de Borbón was hiking like the rest of the crew on Aifos, a good effort for 7th in the first day.

Ex-Alinghi Brad Butterworth is fourth at the helm of Jethou. 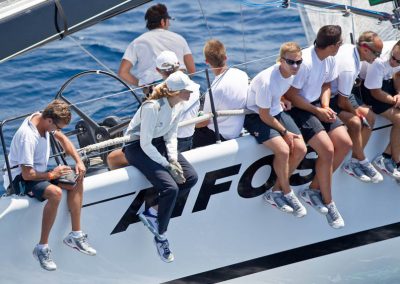 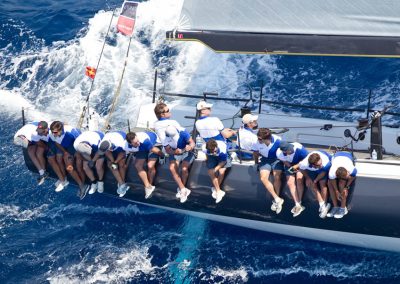 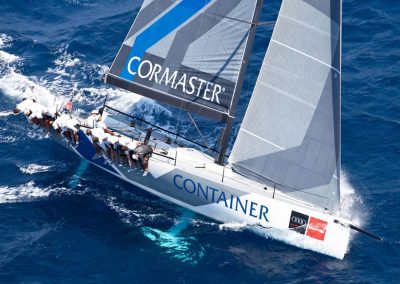 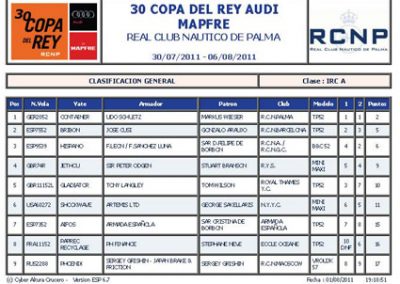